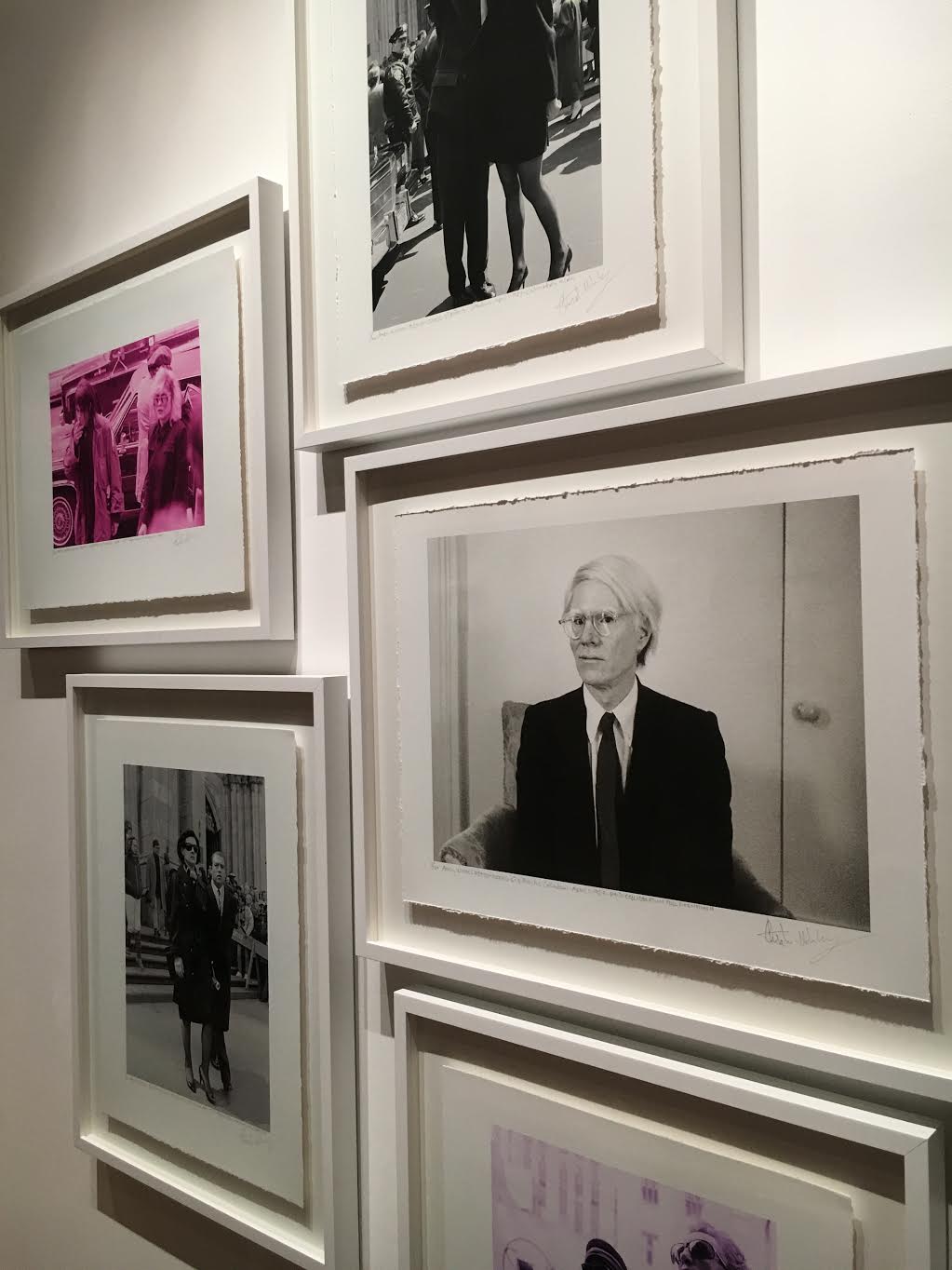 Sarasota seems to have a fascination with Andy Warhol. Much of America shares this fascination, but it’s particularly strong in this artistically oriented city. If you look around, you can see tributes to his pop art dispersed through town – there’s even a bronze sculpture of the man himself propped outside of Bijou Cafe downtown.

This is perhaps why as we approach the 30th anniversary of the legendary artist’s death, we have not one, but two gallery exhibitions celebrating him as an icon.

Both the Willis Smith Gallery at the Ringling College of Art and Design and Alfstad & Contemporary, a downtown gallery open to the public, are featuring exhibitions of work related to Warhol.

Interestingly, neither gallery is dedicated to the actual art of Warhol. Instead, each exhibit is filled with images that are evocative of Warhol, created by the people surrounding Warhol, or seem simply inspired by the world around him.

The exhibit at the Willis Smith Gallery at Ringling College of Art and Design (RCAD) is called “Fifteen Minutes: Homage to Andy Warhol” and was organized and produced by Wu-Shan, Inc., a record label pseudonym for artists Jeff Gordon and Path Soong. “Fifteen Minutes” is a multi-media exhibition of silkscreen prints and audio recordings. These original audio recordings range from three minute songs to 27-minute podcasts to abstract blips of sound, all playing on loop. The silkscreen images and recordings are all arranged in pairs: each print has a set of headphones next to it so that you listen to the audio while viewing the image.

Not every piece in the exhibit feels immediately connected to Warhol. Instead, the homage here is more for the world surrounding the man, which seems fit if you know about his understanding of fame. Warhol coined the term “fifteen minutes of fame,” and his art studio, known as The Factory, was a hangout for artists and celebrities like David Bowie, Jean-Michel Basquiat, Debbie Harry, and Edie Sedgwick, whom Warhol referred to as his “Superstar.” This knowledge provides a more coherent of understanding the exhibit, which focuses more heavily on these people around him than Warhol himself. Artists whose work is displayed include Bob Dylan, Patti Smith, Ultra Violet, Ivan Karp, Yura Adams and more.

“Fifteen Minutes” will be up until March 18. The Willis Smith gallery is located on the Ringling campus and is open to the public for free.

On display until April 1 is “Remembering Warhol 30 Years Ago” at Alfstad & Contemporary, a gallery in the Rosemary District in downtown Sarasota. This gallery is similarly free and open to the public, but is independently owned.

The photographs feature a number of familiar faces, like Debbie Harry of Blondie. A look at the photo descriptions reveal the faces of some names who are more familiar than their image, like designer Calvin Klein. The whole exhibit is a bit abject, especially considering that every print is for sale beginning at a price of $3500. The rest of the exhibit features pop-art renderings of the photos from the funeral, much in the style of Warhol himself. Von Hohenberg seems to have a significant part of his professional oeuvre on the death of a very famous man and those who mourned him. At the opening reception, you could catch a snapshot of Sarasota’s art scene – largely extremely stylish older people with presumably large sums of money. “I remember the loft party days in Soho with Warhol and the gang,” one person was heard saying.

It may seem both morbid and distant for both of these exhibits to celebrate this artist without actually showing any of his work, focusing more on the name-dropping and celebrity status of the images on display. However, it also seems fitting to Warhol’s legacy. Even 30 years after his death, the artist still gives us a sense of who’s-who in the art world.