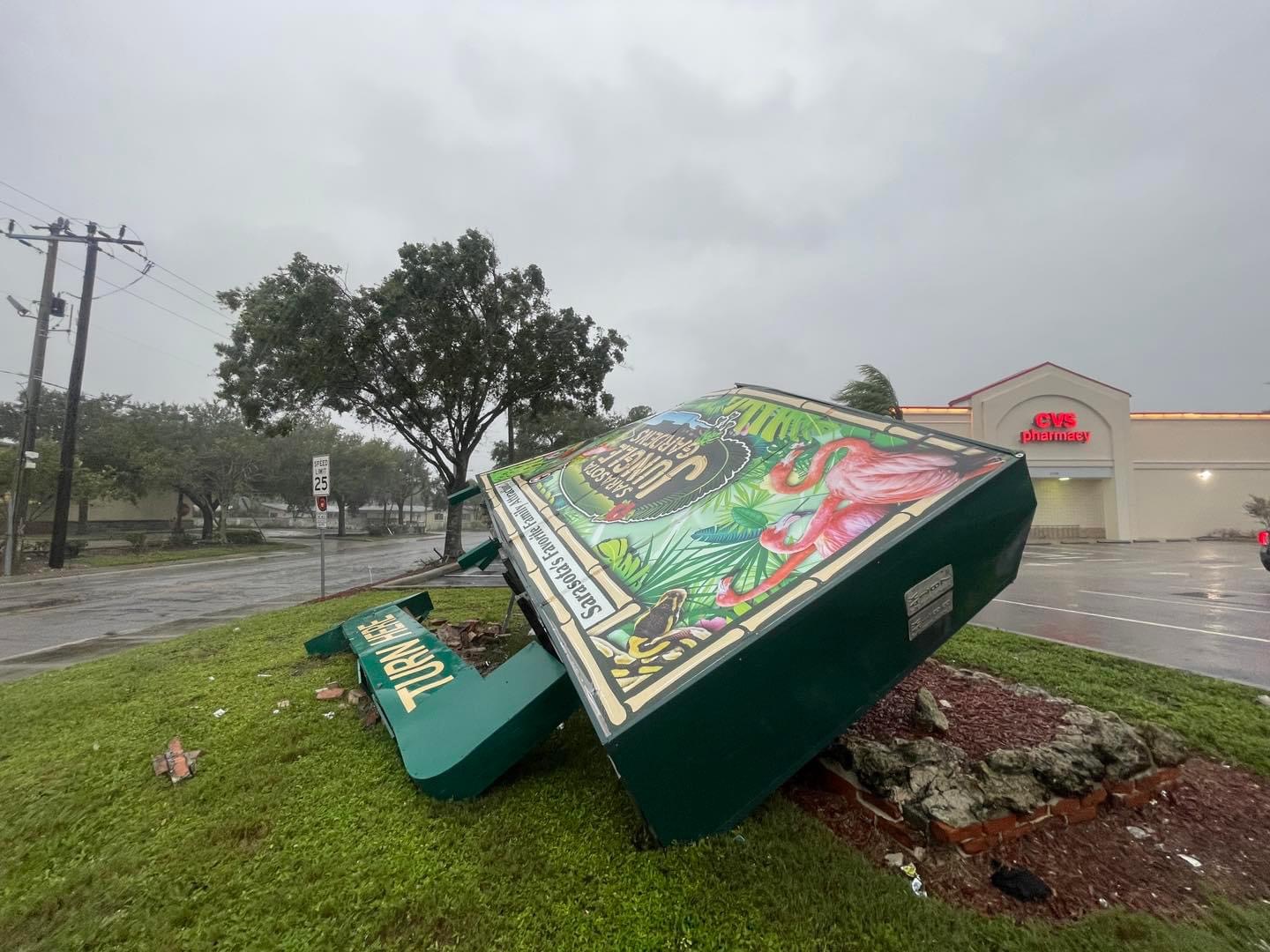 As someone who has lived in Sarasota his whole life, evacuation is not the first thing I think of when I hear a hurricane is on its way to Florida. For years, hurricane warnings and severe storm alerts have been issued for the area, which would often amount to very little or no damage being done to the city. Even in 2017, when major Category 4 Hurricane Irma struck Florida, by the time it reached Sarasota, the storm had weakened to a Category 2, sparing the city from the catastrophic damage it had done to Miami and the Florida Keys. Sarasota’s history of surviving storms unscathed is one that its citizens are proud of, with popular local theories stating that Sarasota was blessed by the Native Americans who once inhabited the land, granting the city protection from natural disasters.

All of this being said, I was initially very insistent on staying in my rental home in Sarasota for the duration of Hurricane Ian. I had the blessing in my mind, and with my past experiences of staying for storms, I felt that I was ready. Of course, this was before the forecast shifted, as it does with all hurricanes. All of a sudden, just a day before the storm was set to hit, every forecast I could find said that Ian was making a direct beeline for Sarasota. Naturally, all of my prior confidence in the Sarasota Natives’ blessing went out the window as my partner and I, along with our two cats, evacuated to her grandma’s house in St. Augustine.

The entire drive up to St. Augustine, I was in the passenger seat refreshing the same weather forecast over and over, hoping and praying that I would see Ian’s cone of uncertainty shift further away from Sarasota. It took some time, but eventually the forecast did shift. By the evening of Sept. 27, Ian was set to make landfall just south of Englewood, near Rotunda. Despite this new trajectory, I still spent all of that night calling and talking to everyone I knew that stayed home, desperately wanting to know what the situation looked like.

The next day came and the storm made its devastating landfall in the afternoon, near Cayo Costa and had absolutely catastrophic effects on the people of Fort Myers, Sanibel Island, Englewood and Northport. Houses being decimated, cars getting swept into the ocean and flooding at unprecedented levels. Watching the horror on TV, I was unfortunately reminded of the immense power that these storms can bring. As the day went on, the storm made its way through Florida, passing Sarasota in the process.

Later that night, in talking with my mom, my friends and my coworkers, the sentiment in Sarasota was a positive one. Somehow, Sarasota was once again spared from the worst of the storm, with the majority of people saying that the worst part of the experience was losing power. Despite this positive news, I still had a sinking feeling in my stomach. I thought about how just 24 hours earlier, Sarasota was sentenced the fate of Fort Myers. I thought about how nonchalant I had been about the hurricane coming to the place I call home and how ready I was to stay put just out of hometown pride. The experience of evacuating for Hurricane Ian gave me some much-needed perspective on how I view these natural disasters.