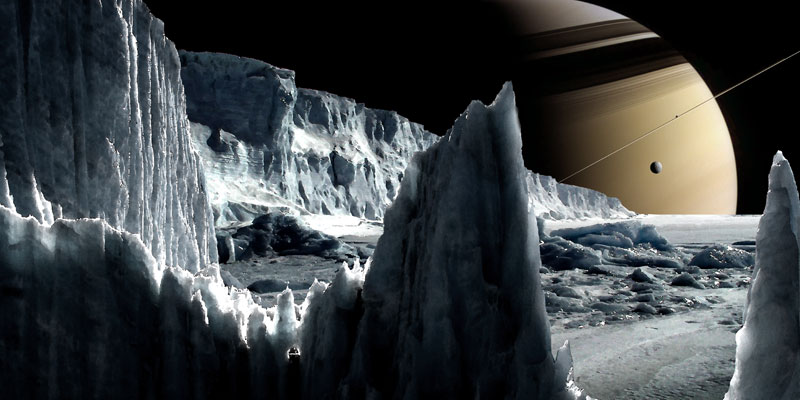 Over a month since scientists with the National Aeronautics and Space Administration (NASA) announced the discovery of seven new Earth sized planets orbiting a dwarf star – three of which that are located in the habitable zone, or the zone around a parent star where rocky planets are most likely to contain water – NASA announced on April 13 that they have gathered evidence that there is chemical reaction taking place underneath the icy surface of Saturn’s moon Enceladus that could provide some necessary conditions for life.

The spacecraft Cassini flew through the moon’s surface jets – areas in the icy surface where gasses escape – and identified molecular hydrogen. If any microbes exist, they could use the hydrogen and carbon dioxide absorbed in the subsurface water to create and obtain energy, a reaction called methanogenesis, the same reaction “at the root of the tree of life on Earth, and could even have been critical to the origin of life on our planet,” NASA said in a press release.

Some astrobiologists and scientists with NASA are hopeful that at least bacteria is present. However, they are also skeptical because of the high levels of hydrogen and carbon dioxide detected. These gases essentially act as food for any presence of life on the moon. The high concentrations signal that a lot of food is not being used. But again, scientists and NASA remain hopeful and hypothesize that this may just be because Enceladus is so young.

Similar surface jets were also detected on one of Jupiter’s moons, Europa, influencing more hope among NASA scientists that the likely billion-years-older Jupiter moon will show signs of life.

Scientists will keep an eye on the young Enceladus, but focus efforts on Jupiter’s moon instead. An exploratory mission will launch to Europa in the 2020s.

Information for this article was gathered from npr.org and nasa.gov.