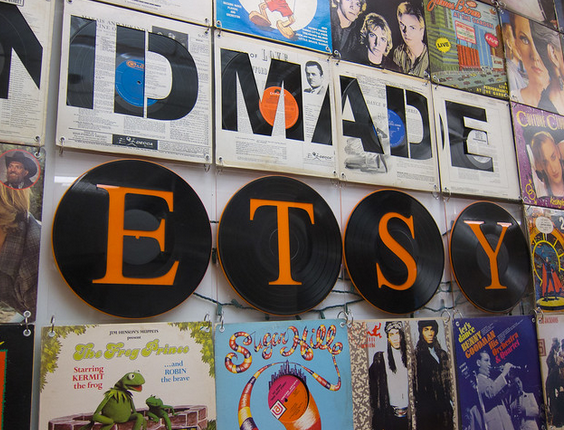 Etsy is an e-commerce company with an emphasis on handmade or vintage goods and supporting independent artists. However, Etsysince the transaction fee has gone up 30%. Photo courtesy of Flickr.

On Apr. 11, approximately 20,000 Etsy sellers decided to go on a week-long strike due to recent changes in transaction rates. Since 2005, the platform’s original transaction fee was 5%; however, the rate has gone up by 30% to create a transaction fee of 6.5%. In response, Etsy seller Kristi Cassidy—who makes 90% of her income by creating custom Victorian dresses—organized a petition with five key demands: to cancel the fee increase, crack down on resellers who sell mass-produced goods, stop the power of AI bots over sellers, end the Star Seller Program and let all sellers opt out of Off-Site Advertisements. As of Apr. 18, approximately 80,000 signatures were reached, and there are more to come.

Multiple sellers including Cassidy created a website and a Discord server in order to work together in unity to organize the strike. The sellers wrote their response to the petition based on a letter to the Etsy community with Etsy CEO Josh Silverman’s reasoning for choosing to raise the transaction rates in the first place.

“We plan to make significant investments in marketing, seller tools and creating a world-class customer experience so we can continue this tremendous growth,” Silverman announced on Feb. 24. “To support this goal, on Apr. 11 we will increase our current 5% transaction fee to 6.5%.”

Shortly before the strike began, Cassidy and multiple other Etsy sellers wrote a letter to Silverman that was sent out on Apr. 11, outlining the five key points of their petition and specifically asking Silverman himself to personally speak with the sellers involved with the strike.

“We invite you to speak with us—really speak with us personally, not through an anonymous spokesperson in the media—in good faith about helping Etsy fulfill its promise to sellers and buyers,” the letter stated. “We don’t want a long, drawn out struggle, but our movement will only continue to grow unless these issues are addressed.”

Nevertheless, with fees increasing by 30%, this transition would impact the freedom of independent Etsy artists. According to The 19th News, five of seven LGBTQ+ Etsy creators that were interviewed said that Etsy profits were all or most of their income, and those who work with Etsy full-time get $10,000 or less from orders per year. These same sellers, three of whom are people with disabilities, stated that increasing financial pressure from the company as a factor in their wondering whether their shops can continue. Increases in additional fees decrease sellers’ price ceilings, risking the ability to survive on a tight amount of income and reducing the financial convenience of sellers to items being sold.

The Etsy strike has impacted some students at New College as well. Third-year River Novalsky—a frequent shopper on the platform—had some thoughts about how the strike had grabbed her attention.

“I shop on Etsy quite often to try and keep my consumption to small businesses or used items,” Novalsky said. “One of my favorite artists, Vannaillistrates—who is actually a Florida local—shut her shop down for the week as well as nine other stores that I regularly shop with for accessories, art and bath/beauty products.”

Novalsky recalls some of how the fees work for an Etsy seller as well, especially during the COVID-19 mass lockdown period in Mar. 2020.

“During the COVID-19 lockdown, I helped a friend who made an Etsy shop to sell masks, so I know that they charge for each individual store listing, even if no one purchases said items,” Novalsky said. “If I’m not mistaken, I think it’s a monthly fee for each listing; I’m not sure about the rest of the process.”

Finally, Novalsky described how the lack of Etsy shops during the strike impacted her.

“The strike has certainly kept me from shopping through Etsy, because a lot of my favorite shops are closed,” she continued. “Unfortunately, when the shops close you can’t even look through their products, so I feel badly for the shops who are losing revenue through the strike, but it certainly did bring the issue to my attention.”

With all the fees which the customer has to pay piling up, the customer ends up paying much more than the profit the creator actually receives. Thus, the only option multiple Etsy sellers have at this point is to raise their prices. Even then, sellers are not exactly willing to raise prices for a customer to where it is no longer affordable since the customer would choose not to pay for the seller’s goods because they are simply too expensive. Even though the one-week timeline of the strike has expired, Cassidy and others have pledged to keep fighting, and only time will tell if their demands are met.