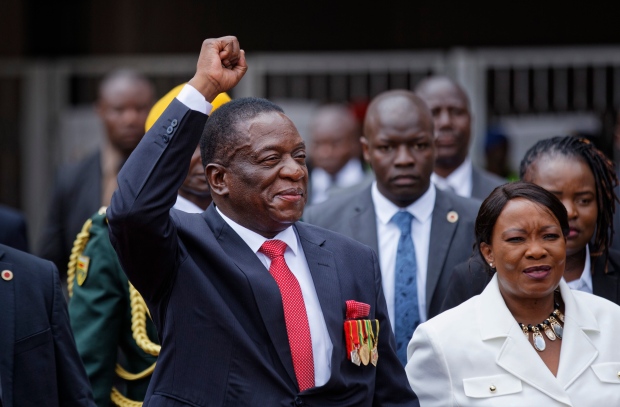 An intense and tumultuous period in Zimbabwean politics has culminated in the successful installment of a new president after 37 years of rule by Robert Mugabe. New president Emmerson Mnangagwa, a longtime member of Zimbabwe’s political elite, was nicknamed “the crocodile” for his ruthless approach to civil unrest in the 1980s. In his inauguration speech, Mnangagwa reassured potential foreign investors that he would stabilize Zimbabwe’s troubled economy.

Mnangagwa, who called Robert Mugabe, his predecessor, the country’s “founding father,” was dismissed as Vice President earlier this month. Mnangagwa’s dismissal sparked mass protests and resulted in a military intervention in Mugabe’s administration. Mugabe, who has repeatedly faced major pressure to step down from the presidency, named his wife Grace Mugabe as his chosen successor.

On Nov. 21, news that Mugabe planned to step down spawned widespread street celebrations. Mugabe’s resignation letter was read out in parliament, halting impeachment proceedings against him.

Although Mugabe has been deposed, it remains to be seen how much Mnangagwa will deviate from his approach to government. Both men are members of the Zimbabwe African National Union, Patriotic Front (ZANU–PF), the country’s ruling political party.

Zimbabwe’s chief struggle is a faltering economy with a history of rampant inflation. In the past decade, inflation became so severe that the country was forced to abandon its own currency. According to some estimates, the current unemployment rate is 90 percent. The recent unrest has done the Zimbabwean economy no favors, but some analysts predict that confidence in Mnangagwa will quickly prove a boon.