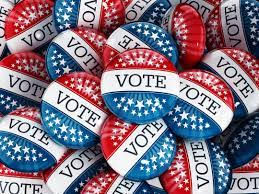 The deadline to register for an upcoming election is 29 days before that election, according to registertovoteflorida.gov.

Anyone hoping to vote in these elections must first be registered to vote in the state of Florida. The state of Florida requires anyone registering to vote to be a U.S citizen and Florida resident, at least 18 years old (although anyone 16 and older can pre-register to vote until they meet the age requirements) and a legal resident of the county they wish to register in. The first step in registration is filling out the form, which can be found on the Florida voter registration website. This same site can be used to edit registration information to keep it up to date. After registering, the supervisor of elections will send you a voter information card which details your precinct and polling locations.

The first election taking place is the Ocala municipal election on Sept. 21, in which Ocala residents will be voting for a new mayor along with four city council seats. The two candidates running for mayor are Democrat Manal Fakhoury, CEO of Fakhoury Leadership International, a company that organizes and runs leadership programs, and Republican Kent Guin, a representative of the Guardian Life Insurance Company of America.

Fakhoury hopes to combat homelessness and maintain public safety in Ocala. In addition, she has claimed that she will “take zero from the city,” and will donate her pay in its entirety to charity. Fakhoury is also the president of Ollin Women International, a non-profit organization working to “pursue peace in everyday life,” while also aiding other non-profits.

Guin, meanwhile, is relying on his previous 10 years as the mayor of Ocala as the foundation of his campaign. He has called back to his time in office, during which he created an amnesty program that treated addicts without cost or persecution and his effort to outlaw K-2 synthetic marijuana statewide. He also created Open Arms Village, a residency program that attempts to provide homeless men with support and housing.

Additionally, a special election will also be taking place on Jan. 11, 2022. The primaries will occur on Nov. 2 to elect a new representative following the death of Democratic representative Alcee Hastings.  Currently, there are 16 candidates: 11 Democratic candidates, two Republican candidates, one Libertarian candidate, and two independent candidates. Lastly, St. Petersburg will be holding its general municipal election on Nov. 2. The city will be voting for a new mayor in addition to five different city council seats. The two candidates running for mayor are Robert G. Blackmon, a Republican and former city councilman, and Ken Welch, a Democrat and former member of the Pinellas Board of Commissioners. Blackmon is heavily focused on environmental issues, infrastructure and affordable housing in his campaign promise, ideas shared in his campaign for councilman. Welch has promised that equity will be a significant component of his time in office should he get elected. Equity, community engagement in the local government and community building are all cited in his guiding principles for his years in public service and administration.