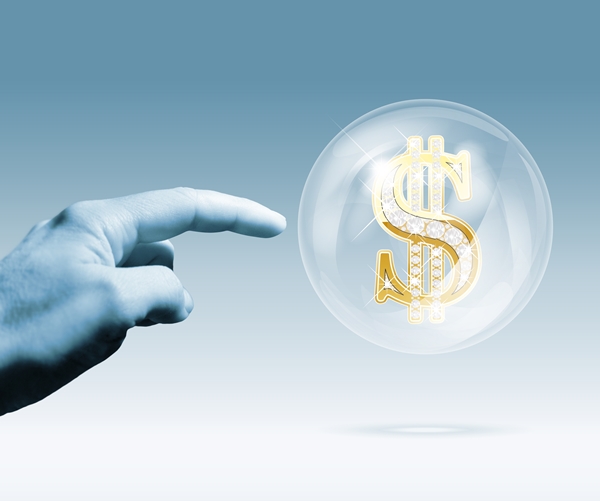 Albert Einstein said, “No problem can be solved from the same level of consciousness that created it.”

Have the leaders of the U.S. economy made the same short sighted play of ten years ago, the impetus to the biggest economic shock since the Great Depression? Stock markets, global housing markets, auto loans and corporate debt are all back to significant market highs, while the health of the U.S. economy looks uncertain enough for the Federal Reserve to continue implementing low interest rates which help the economy to expand. The Fed’s duty is to help the economy expand when it cannot alone, but these days the Federal Reserve officially reports an expanding economy while reiterating their stance on low interest rates for the foreseeable future. The central bank of the U.S. is not supposed to help a expanding economy, especially at unprecedented, historically low rates. The bubble leading to the Great Financial Crisis of 2008 occurred during a time of a historically low Federal Funds Rate, though this blame is contested by the Fed.

“The Federal Reserve has been tussling with a succession of poor inflation readings since the spring,” the Financial Times (FT) reported, “casting doubt over its strategy for normalising interest rates.”

At the last semiannual monetary policy report to the U.S. Congress–which oversees the Fed–Chairwoman of the Federal Reserve Janet Yellen noted, “The labor force participation rate has changed little, on net, this year,” though she did reiterate the official prediction of expansion in the economy for the next few years, citing an overall trend in rising employment. Despite an explicit mention official forecasts, no one seems able to actually predict the future.

“At present, I see roughly equal odds that the U.S. economy’s performance will be somewhat stronger or somewhat less strong than we currently project,” Yellen stated in conclusion.

The median American family was richer in 1998 than today, which also has about 30 percent less wealth than at its peak in 2008, as reported by the Federal Reserve Bulletin.

The makings of financial crisis

New College Professor of Economics Tarron Khemraj told the Catalyst, “We are in the ninth year of expansion, and given the historical average business cycle of eight-and-a-half-years, there is a good chance that we are heading close to a recession, though I don’t anticipate the next recession to be that severe.

“Recessions don’t have to be severe events, however those that are sparked by financial crises are really harsh–like the Great Depression which was triggered by stock price collapse–or the case of the Great Financial Crisis of 2009 subprime market collapse,” Khemraj said.

In each of these cases, secondary markets–the buying and selling of stocks and other securities–were over-invested into, and at a certain precipice investors lost confidence that the values will hold and sold accordingly.

“When finance goes bad, you get severe recessions, and without intervention as in the case of the 30s you get a depression,” Khemraj continued.

Though growing stock prices do help the portions of the economy invested in them and can rise employment, mal-investment in these markets takes away capital from real people who need real securities, like houses, food and jobs.

U.S. stocks have recently hit a 20-year record, surpassing historic highs for the past six weeks, according to Reuters, while U.S. corporations have bought back their own stocks, at rates approaching pre-crisis levels to increase the value of them.

“Buybacks may inflate short-term earnings for the benefit of corporate executives and savvy activist hedge funds, but they harm long-term shareholders—like pension funds and retirees—because they allow managers to siphon away corporate cash that could have otherwise been spent on innovation, employment, wages, or expansion that would ensure the future success of the business,” Forbes said in paraphrase of economic researchers Robert Ayres and Michael Olenick.

The ratio of corporate debt to output is at or near pre-crisis levels, according to Federal Reserve data. Simultaneously industrial sectors are starting to slip on the loans they took to recapitalize after the last shock.

“Nearly one-in-five U.S. retailers are now rated in deep junk territory by S&P—double that of the start of the year. About 18 percent of U.S. retailers’ debt is rated in the ‘CCC’ or lower category by rating agency S&P Global,” FT reported. According to Standard & Poor’s definition, a triple-C rating means a firm is “dependent upon favorable business, financial and economic conditions for the obligor to meet its financial commitments.”

S&P analyst Dianne Vazza also noted for FT that “the retailing environment is not going to go back… These are permanent changes.”

At the same time, monopolies like Amazon are dominating the market and there is limited demand for consumer goods.

Collateralized Debt Obligations (CDO) are securities that are based on the performance of other financial products like mortgages or other loans owned by large financial firms. CDOs for house mortgages were the substratum of the notorious house of cards which brought Wall Street, with most of America’s invested wealth, to its knees in 2008. Despite post-crisis regulation, the market for these exotic securities has begun again.

“Fitch credit rating agency expects $3bn of issuance of nonprime mortgage-backed securities this year. The sector is on course to produce about $10bn this year—a tiny slice of America’s $1.6tn overall home-loan market but one that’s growing rapidly,” FT reported.

Though the 2010 Dodd-Frank Act focused on stabilizing the mortgage industry, finance is in the business to relax standards and push more product.

There are timely examples of this trend. American International Group (AIG), a multinational insurance corporation, was officially removed from Dodd-Frank Act oversight on Sept. 29, 2017. The Trump administration asserts regulation is stifling these industries. Many now fear the rollback of regulation for AIG is a foundation for future problems, according to the New York Times.

Even government mortgage firm Fannie Mae has been easing lending standards since 2016, according to their latest quarterly report.

“Ten years after the recession, low volatility [movement in the price] in financial markets coupled with near-zero interest rates have left investors looking for higher returns, at the expense of much higher risk,” Business Insider reported.

Debtors are having a harder time paying back the value of what those securities are derived from. It does not take long–or too much effort–for financial firms to roll up bad debt to push the game a bit further, making subprime securities markets larger and more volatile. It’s a matter of when, not if, the economy will need stimulation from a recessionary spiral.

The consequence of cheap currency from the Fed illustrates the two real classes in society. Those who earn on fixed-income and those who earn on equity. As more fiat currency is added to the market, people with fixed-incomes, most folks, get paid the same number but see rising prices in costs. Equity earners–the few–see their assets only increase in size. Most folks have significantly less leverage into wealth than the rich few.