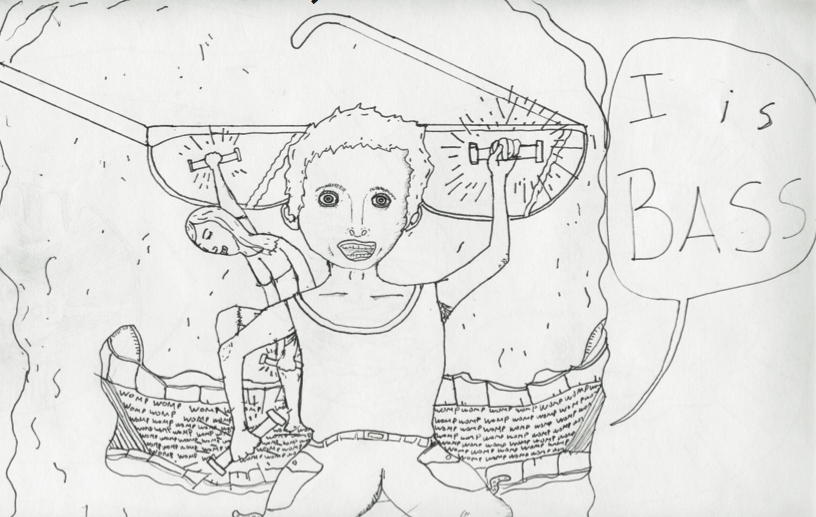 I thought someone had slipped something into my drink. The bass just didn’t sound right—it was shaking and didn’t make any sense. Some people were dancing in a strange cluster at the center of the party but the majority of students were off to the side occasionally shaking in a strange manner. A friend turned to me and began to yell “wompwompwomp” directly into my ear.

My hazy confusion disappeared and I realized that I was experiencing dubstep.

Dubstep is a fusion of many genres that started in the UK. With its main roots in house music and Jamaican dub, dubstep’s most striking feature is undoubtedly the wobble bass. The re- lationship between English and Jamai- can cultures is nothing new. British musicians like The Clash and The Slits started harvesting the island’s beats as early as the 1970’s. Dubstep started to fester in London in the early 2000s but the genre has only gained mainstream ac- ceptance in the United States within the last few years, as the Internet turned a distinctly local scene into a international movement.

Over the summer dubstep has taken the world by storm and New College is no exception. Student reac- tion to the phenomena has been diverse. Some seem as though they have been listening to dubstep their whole lives— their eyes sparkle as they gleefully shout wompwompwomp into the night. Others

react to it with bitter hatred. In a candid interview thesis student Aaron Amram said, “Everywhere I go I hear people talk- ing about dubstep. They say they can’t even dance to it and it doesn’t even make them feel good, but its still everywhere.” Similarly, thesis student Natalie Catasus said, “I just don’t get it.”

Despite the opposition, many New College students proceed to blast the wobbly bass from their rooms on any given night of the week and dub-

step continues to be played at social functions. One of the first Walls of the year was called “Dubstep Tea Party in Wonderland” and its organizers consid- ered it a great success.

“A lot of first years didn’t want to donate money for Wall snacks,” the- sis student Christian Ortiz, a main organizer of the event, said. “They told me that they just weren’t that into dub- step. I was really happy to see them later on in the night dancing and really enjoying the music.” Ortiz thinks that the dislike of

dubstep is a product of taking things too seriously. “It’s supposed to be fun,” he said. “It’s dance music. At the same there is intricate production work going that someone might not catch on the first lis- ten.”

Whether or not you love or hate dubstep, it is here to stay…well, at least for a few more months until something else gets cool.