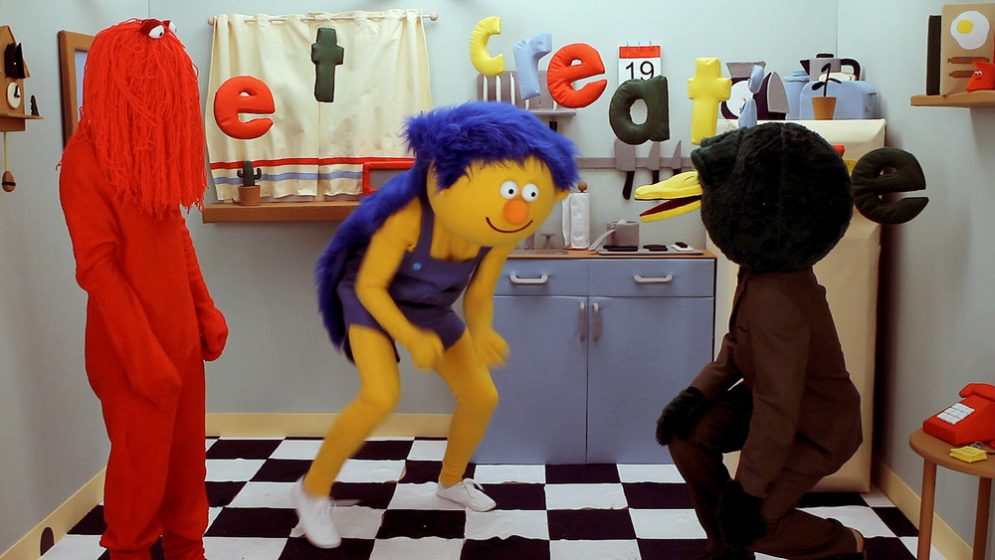 After its debut in 2011, “Don’t Hug Me I’m Scared,” a short film that originally appeared at the Sundance Film Festival, will be launching three more videos to stream online. The chilling series features puppets and plays off preschool programming troupes, with the exception that the film becomes more and more subtly horrific as it goes on. The first video currently has 21 million views on Youtube and after a successful Kickstarter initiative in June that gathered over $100,000 in pledges, two more films centered around “life’s most puzzling questions.”

“My friend gave money to this video and I literally have no idea why,” third-year and layout editor Bianca Benedi said. “It’s creepy as hell and [my friend] keeps trying to make me watch it.”

The creators of the series, Joseph Pelling and Rebecca Sloan wrote on their Kickstarter page: “Right now we are very excited about the new ideas we have for more episodes, made directly for the WIDE WEB, and continuing to teach all the answers to life’s most puzzling questions [including] where do dogs live, why are we here, and what is our purpose, why do I constantly hear the sound of crabs screaming in my head, and why is this pillowcase full of ham?”

The creator’s last video entitled “Don’t Hug Me I’m Scared 3” from an outside glance did not appear to answer any of these questions and instead made a startling commentary about what it means to love. The video premiered on Halloween earlier this year and so far has 2.8 million views.

“And when you think that life’s unfair – because everybody hates you and no one cares– just remember that love is everywhere,” an anthropomorphic butterfly sings as it leads a recurring character to its cult leader, the King of Love.

“My wonderful RA Colt showed me not one, but all three ‘Don’t Hug Me I’m Scared’ videos,” second-year Madhavi Baiju said. “He also showed me ‘Too Many Cooks.’ I truly am blessed.”

The release date for the next three videos has not yet been announced, but is expected to debut early 2015.