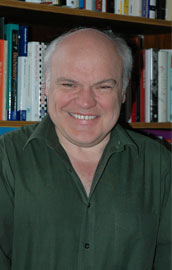 Pending approval from the Florida Board of Governors from Mar. 21-22, current dean of faculty and vice president of academic affairs of Mount Holyoke College Donal O’Shea will be named the next president of New College. The New College Board of Trustees unanimously approved O’Shea’s candidacy at their meeting on Mar. 10.

O’Shea, a first-generation college student and mathematician, earned his M.Sc. and Ph.D. in Mathematics from Queen’s College in Canada. He has worked at Mt. Holyoke for a large portion of his professional life, beginning his professorship there in 1980 and becoming the Provost in 1998. Although a greater portion of O’Shea’s time at Mt. Holyoke has been largely dedicated to the administrative realm, he has continued to teach courses in addition to his administrative duties. If he were to become the next President of New College, O’Shea says that it would be difficult to keep him out of the classroom.

The mathematician’s knowledge swells out of the quantitative realm into Russian, French, literature and history. During the first part of his meeting with students, O’Shea said that he learned how to read Russian in order to work as a translator of mathematical essays during graduate school. He has translated over 100 mathematical essays from Russian to English since then.  He discussed his work in foreign languages and in mathematics with the students, drawing connections between their AOCs and his personal experiences in their fields.

O’Shea has a clear love for the liberal arts and said that a liberal arts curriculum prepared individuals for their role in society.

“Residential liberal arts colleges prepare students for citizenship not only through academics, but through social growth” O’Shea said. “So much of the learning happens outside of the classroom when you are interacting with your peers. That’s what makes places like this so unique.”

Students who attended the meeting with O’Shea seemed pleased by his responses to their questions and equally pleased with the questions that he posed. Like the other presidential candidates, for the first 20 minutes of the meeting O’Shea asked students about their Areas of Concentration, hometowns, academic years, and hobbies. Unlike his fellow candidates, however, O’Shea brought up several pertinent issues without student prompting.

When discussing the issue of diversity, O’Shea identified with the difficulties that minority students face when they attend a predominantly white school. At Mt. Holyoke, O’Shea works with the Dean of Students to create as large of a prospective faculty hiring pool as possible so that the likelihood of choosing a candidate of minority background is higher. Since O’Shea began working as the Provost at Mt. Holyoke, 41% of tenure-track assistant professors have been people of color, and 68% of tenure-track assistant professors have been women. Now, Mt. Holyoke boasts the highest level of minority faculty in the Consortium on Financing Higher Education (COFHE), a group of 31 highly-selective liberal arts colleges.

In a way, O’Shea himself represents one of the minorities that New College is seeking: he is a first-generation college student.

Students voiced concerns that because O’Shea has worked at a private liberal arts college for nearly 30 years, he might not be familiar with working with legislators. The candidate pointed out, however, that because Mt. Holyoke is a member of Five Colleges — the five college consortium of Western Mass. — he has dealt with a legislature and its bureaucracy before.

“The Massachusetts legislature does not believe in having a flagship institution, which University of Massachusetts, Amherst, is” O’Shea told students. “Because they are in the Five Colleges, each of the member schools faces difficulties from the legislators. We have become quite skillful at dealing with difficult people.” O’Shea said, laughing.

One of the key differences between the problems O’Shea faces with the Massachusetts legislature and the problems he would face with the Florida legislature is that Florida legislators are working toward establishing a second official flagship institution. The Florida State University and the University of Florida would each be considered a flagship university of the state of Florida.

When addressing the key issue of fundraising, O’Shea already had some thoughts on what paths New College should be seeking. He pointed out that New College should be tapping into their local resources through fundraisers. He also thinks that it would be beneficial for students to partake in fundraisers so that the Sarasota-Bradenton community can experience first-hand what a New College student is like and so that potential supporters can learn directly from students — rather than staff for the New College Foundation — what exactly New College is all about.

On a more budget-sensitive note, O’Shea said that it would be beneficial for the school to put a heavier focus on landscaping and public representation than it currently does.

“New College is sitting on prime real estate, but that isn’t worth anything if the landscape does not demonstrate that.” O’Shea said. “We should work on a project so that the when prospective students and their families come to visit, they do not see a major difference from the admissions brochures.”

O’Shea is the preferred candidate of both the faculty and the students who met him. On Wednesday the Presidential Search Committee also announced their support of O’Shea’s candidacy. Although O’Shea’s nomination still has to pass the Board of Trustees and the Board of Governors, there is a strong chance that he could be the next President of New College. Of course, O’Shea would also have to accept the offer if he were to receive it, but it seems likely that he will accept it. O’Shea applied for the presidency of New College during the last search, but chose to defer down to President Michaelson.

“I love my job at Mt. Holyoke, and I’ve been there for what seems like my entire life.” O’Shea said. “Being the President of New College is the only opportunity that I would leave Mt. Holyoke for. I would love to be here.”