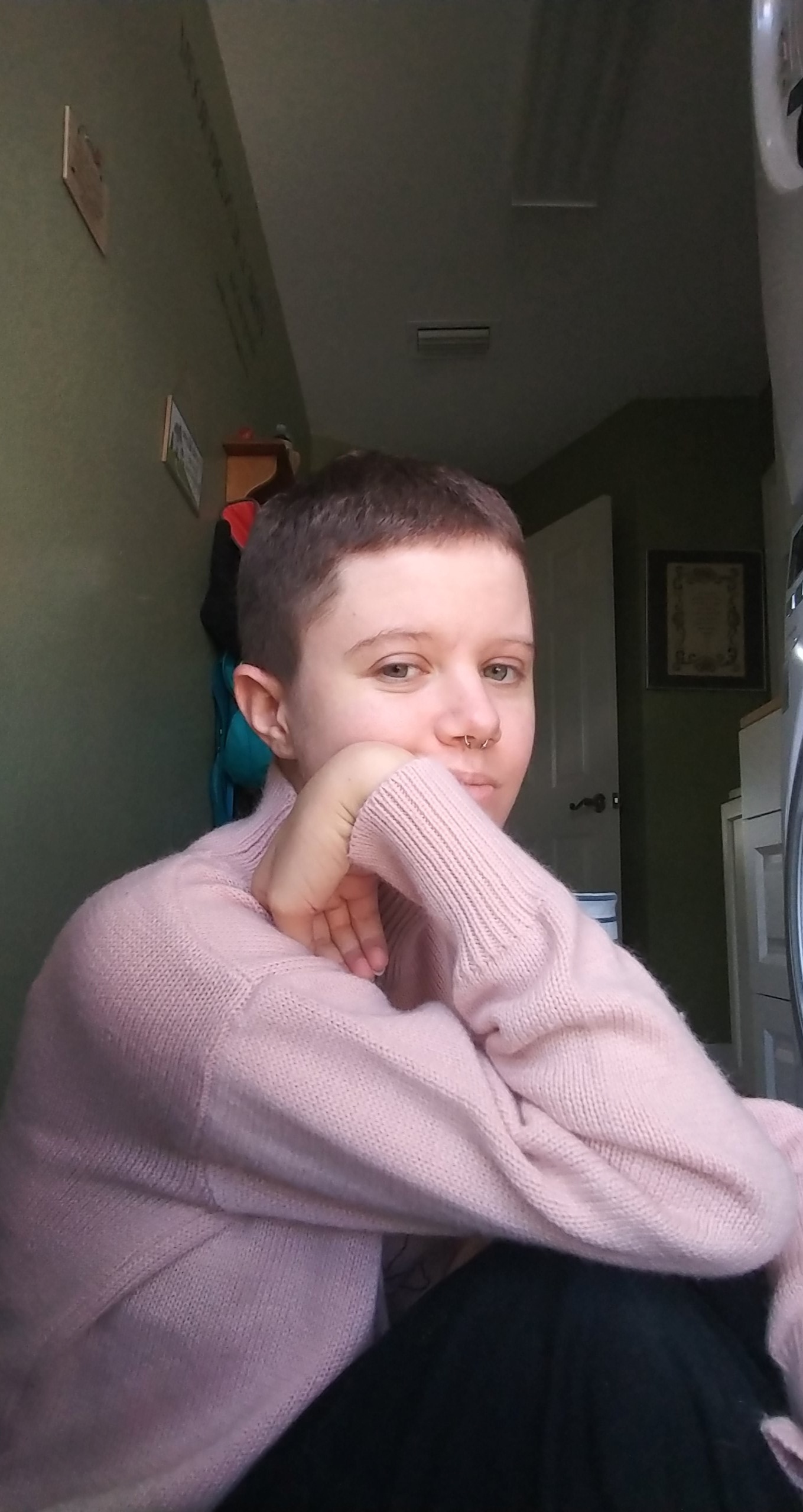 As the COVID-19 crisis progresses, salons across the nation continue to temporarily shut their doors in an effort to comply with social distancing and stay-at-home orders. Do-it-yourself hair color and cuts, within this past month, have become less of a spontaneous, often reckless decision and more of a necessity for those wishing to maintain or switch up their current physical appearance. While worrying about the state of one’s hair may seem trivial during such dire times, a sense of normality and control over the few things in life that remain controllable keep many people afloat in the midst of chaos. Thesis student Mellie McCabe, who recently started cutting her own hair again after a year-long break, sees the act as both a creative outlet and a potentially therapeutic release.

“I’ve had my hair so many different styles and colors throughout the years because every time I got bored or stressed… I just needed a change,” McCabe said. “Sometimes, you just have to be impulsive. If it looks bad for a little bit, who cares, you took care of yourself at that moment and that’s what matters. It will grow back.”

McCabe, who learned how to cut hair via YouTube tutorials, first gave herself a trim around four years ago. While she admits the process was a bit daunting at first, she now feels confident enough in her abilities to help out friends who are considering giving themselves their own cuts.

“My mantra: you can always take more away, but you can’t add more on,” McCabe advised. “Cut less first!”

First-year Moe Olsen, who shaved their head during this ongoing break, clearly took a fairly different approach during their haircutting journey.

“I wanted to push the reset button on my hair,” they said. “And I [recently] got a bad haircut. No one will see me, so I said fuck it. It’s not like I’ll be going out anywhere. Also, if I hated it, there’s always wigs!”

Olsen was inspired by several of their friends who had already taken the buzzcut plunge. Their positive experiences, Olsen explained, encouraged them to go for it, regardless of others’ opinions.

“At first I was a little insecure about it because of my parents’ take on it, but the goal is to stop caring about what people think,” they stated. “I’ve gained so much confidence in the way I look and [I’ve] stopped caring about how my hair looks. I just feel pretty now.”

Similar to Olsen, third-year Claire Quin has used this off-campus time as an excuse to be a bit bolder with their hair-cutting scissors, trimming their own bangs and making plans to cut their brother’s hair, despite both of their concerns.

“I’m hoping it will turn out looking okay, but I’ve never cut short hair, so I’m not counting on it,” Quin said. “He said that if I mess up he’s just going to shave it all off, so that’s a lot of pressure!”

Although Quin, like McCabe, has been trimming their own hair for a while, they usually depend on the guidance of their roommates, who are now scattered across the state and country.

“Trying that over FaceTime seemed pointless,” Quin explained. “When I asked my brother afterwards he glanced at my bangs for a fraction of a second and said, ‘It looks fine.’ Luckily, if my bangs actually are uneven nobody will be able to tell given how blurry my webcam is.”

Potential disaster aside, this quarantining period, if nothing else, serves as the perfect time to get creative, take a few risks and accept whatever temporary aesthetic consequences arise. Everyone, to a degree, requires some sort of distraction from the worst of the world right now, even if that distraction ends in badly-cut bangs or a tragically uneven dye job.