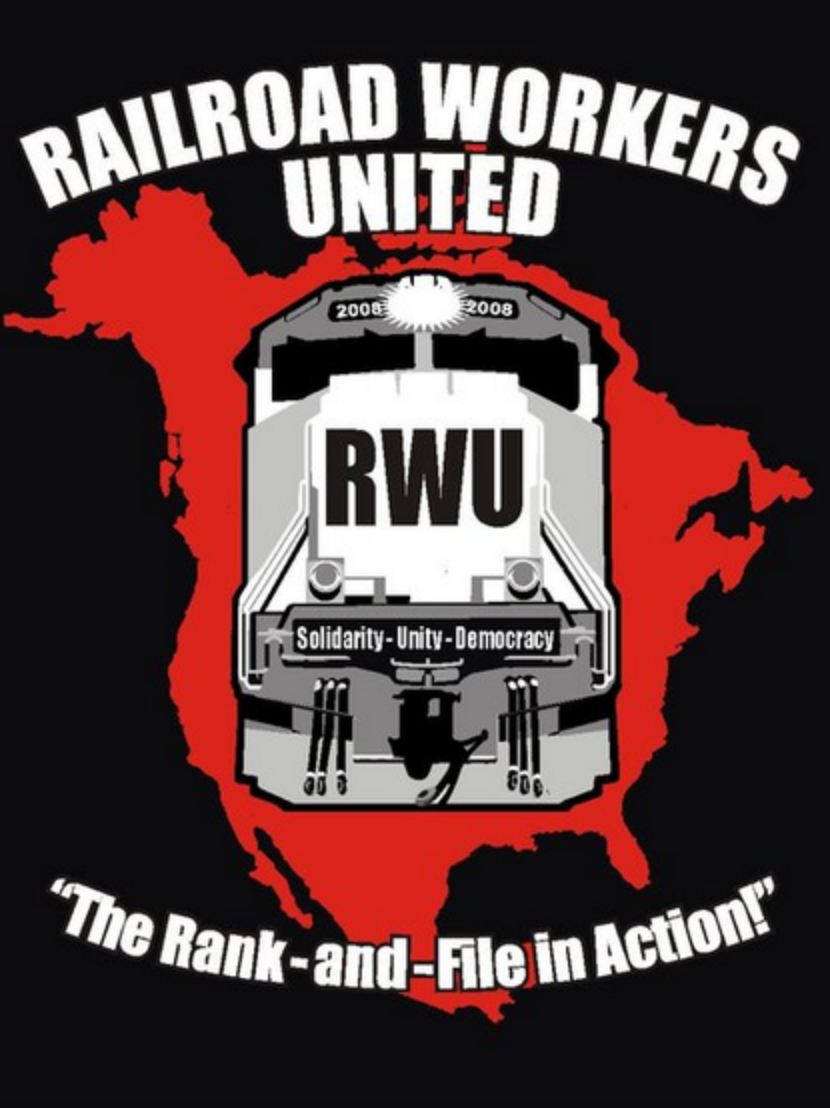 The Railroad Workers United logo. (Courtesy of their website.)

The spirit of solidarity is in the air for railroad workers all over the country in their ongoing struggle for better working conditions and paid sick leave. With resources provided to the Catalyst courtesy of Visiting Assistant Professor of English Debarati Biswas, the history, ethics and possibilities of ongoing railroad labor disputes can be used to show what might need to happen in the future for the betterment of working conditions.

Before commenting on the current labor negotiations, it is important to say that railroad employees are in a unique position for collective bargaining. There are certain provisions in the law for the government to intervene in their labor negotiations and for the deregulation of the industry. Specifically, the Railway Labor Act of 1926 and the Staggers Rail Act of 1980. The Railway Labor Act sought to prevent interruptions in the American supply chain through allowing the federal government to regulate collective bargaining, and the Staggers Rail Act allowed rail companies more freedom in their financial endeavors to cut out unprofitable areas and set their own rates for commerce.

Demonstrating the compounding effects of deregulation and weakening labor power is the current situation on the ground. Paid sick leave was at the forefront of demands from the railroad workers’ unions due to the fact that they had none in the first place. In the aftermath of the peak of the coronavirus pandemic and the emergence of long COVID-19, it seems especially cruel that railroad employees lack paid sick days.

Not only are these workers lacking sick days, but are additionally being subjected to on-call work the entire year. Not only are the conditions rough on the employees, but not all of the capital earned through their labor goes back into the industry. According to The New Yorker, the railroad industry has spent $191 billion on dividends and stock buybacks while only putting $138 billion into infrastructure.

Precision Scheduled Railroading, the system in which railroad companies run more products with less oversight and cut all excess labor, is arguably to blame for the current issues by putting conductors and engineers on-call 24/7 for work.

With the September negotiations falling through, the railroad unions had planned on striking in the beginning of December—a single sick day and pay raise were simply not enough to address the issue at hand according to the workers, especially when they had initially bargained for 15 days of paid sick leave. The House of Representatives has voted to force the tentative September agreement on all unions with the National Labor Railway Conference, an association of American railway companies, spelling out the results here:

“Increase wages by 24% during the five-year period from 2020 through 2024, with a 14.1 wage percent increase effective immediately. The agreements also include five $1,000 annual lump sum payments, adjustments to health care premiums and health benefit enhancements, and an additional personal leave day for all employees.”

However, the fate of railroad workers is not sealed with the tentative agreement. A wildcat strike—a collective bargaining method in which workers strike without union leadership approval—is still quite possible currently. With railroad workers still not receiving paid sick leave, a disgruntled workforce still holds the power to collectively bargain.

Socialist magazine Jacobin believes that a wildcat strike is the gateway to better working conditions for all.

“A well-organized strike by railroad workers, legal or illegal, could win not just more sick days and more humane work schedules for those unionists, but would provide an example of working-class power inspirational to millions of young and not-so-young workers,” Jacobin wrote.