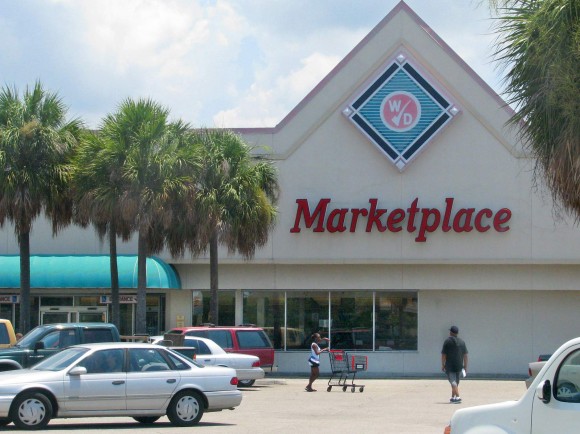 The Tamiami Winn-Dixie will soon engage in a one month liquidation sale of its entire stock, at deep discount prices. It will be the next in a long line of closed Winn-Dixies, all of them considered drains on the failing corporation’s financial stability. With its future hanging in the balance until just recently, employees of the dilapidated 3500 North US- 41 store have been on a veritable roller coaster ride these last few weeks. After preparing to begin their liquidation sale on Wednesday, August 18th and to say goodbye to their jobs after just four more weeks of work, they received word the evening beforehand at 5:30 to cancel the sale.

According to Store Director Roy Christmas and Sarasota Mayor Kelly Kirschner, Winn-Dixie President Peter Lynch flew to Sarasota to meet personally with County Commission Chair Joe Barbetta. A record of this meeting has not appeared on the County of Sarasota’s website. As to the reasons why the store was no longer to close, or whether this was definitely the case, the store director told the Catalyst, “We’re all just waiting to find out.”

He did find out eventually, and as of the morning of September 2, the Tamiami store was back on Winn-Dixie’s list of locations slated for closure (though it was never taken down from the list on

their website). The Jacksonville corporation underwent bankruptcy proceedings in 2005 and 2006 and subsequently remodeled its most profitable stores, preparing to close the lagging ones without any further major investments in them. Though the local store is among those, its intended closure was not officially an- nounced until the week of July 30 (when it was first reported in the Sarasota Her- ald-Tribune), prompting an outcry from employees and shoppers alike.

The Tamiami Winn-Dixie has long been an alternative to Wal-Mart for New College students and residents of Newtown alike, both of whom tend to depend on short-range bicycle transport. While a liquidation sale is eagerly anticipated by some, for others the eventual closure of the store has been no laughing matter. Second-year Kyle McCormick said of the upcoming change, “It’s unfortunate to lose Winn-Dixie to a more expen- sive grocery store, but odds are I’ll still shop there for the sake of convenience.” According to Winn-Dixie employees, the overwhelming response from their customers has been along the lines of, “Where am I supposed to shop now?”

This is a chorus that Winn-Dixie executives must be used to by now, after closing 326 stores during their two- year Chapter 11 bankruptcy case alone, including all of their locations in North Carolina, South Carolina and the Midwest. Currently, the company is in the process of closing 30 more stores across five states, many of them in the corporation’s home state of Florida. Having owned over 1,000 branches in 2003 (while being the single worst-performing stock on the S&P 500), Winn-Dixie will soon be reduced to 485 branches nation- wide.

Blame for this financial ruin has primarily been laid upon Wal-Mart, as well as the recent and meteoric rise of Publix as a nationally-competitive grocery food retailer. Rumors that the local lot has been purchased by the Belgian Delhaize group (owners of Food Lion, Kash n’ Karry and Sweetbay), are unconfirmed, but Mr. Christmas was willing to say that the property is being purchased by “another grocery chain” and that they intend to tear the building down in favor of a new one.