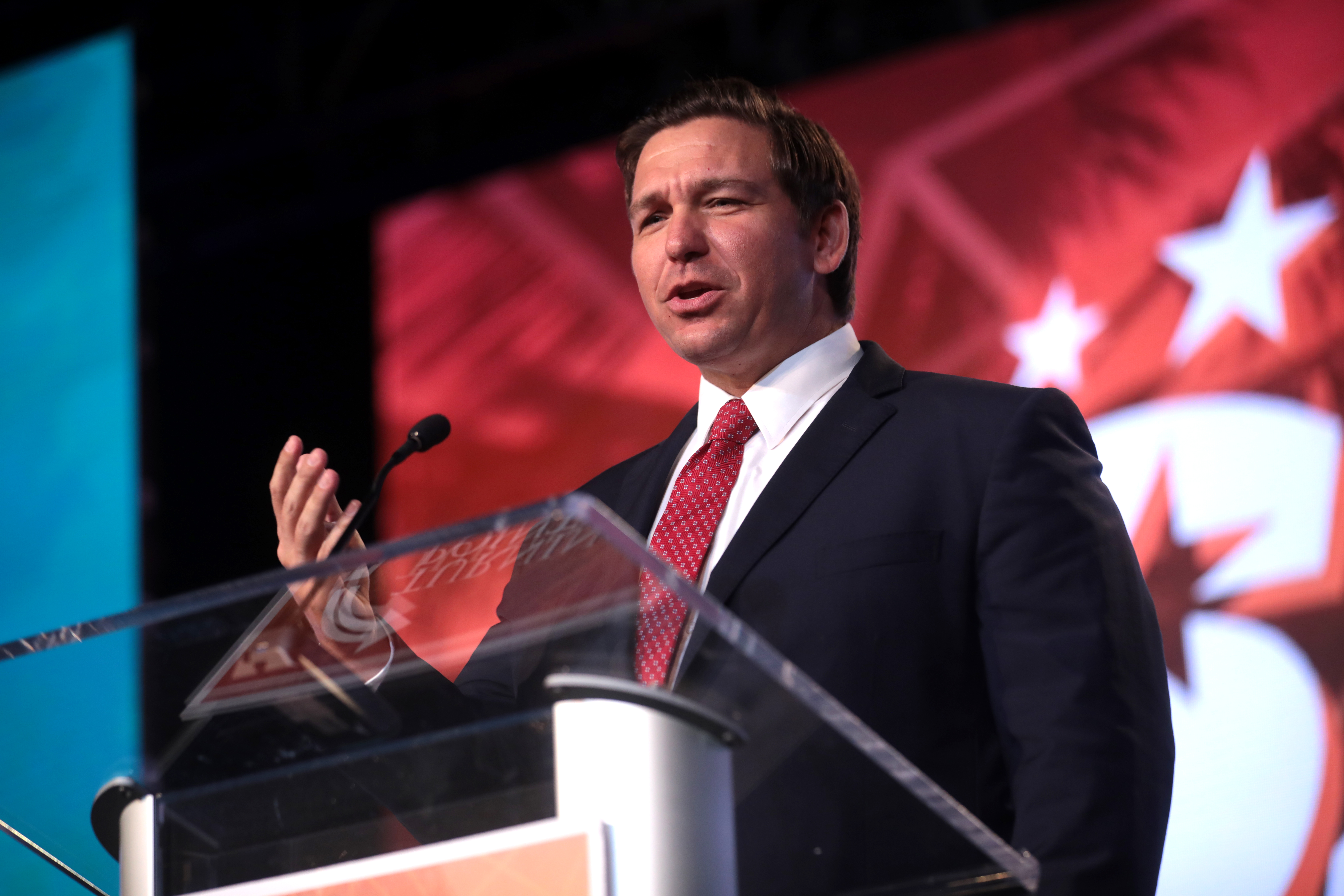 Governor DeSantis has been at odds with President Biden over the past week on the subject of mandatory masks and COVID-19 vaccines.

When Florida Governor Ron DeSantis ran in November 2018, he was not known across the country for wanting to make education a priority, but for telling his two-year-old daughter to “build the wall” out of blocks in a campaign ad. His Democratic opponent, Andrew Gillum, was known for supporting a $50,000 starting salary for teachers, a plan deemed radical at the time. Yet the former Republican congressman and Trump-backed governor has become an unexpected proponent of education funding.

This year alone, the governor has signed off on the expansion of school choice, launched an evaluation of academic content standards and approved new funding for computer science, workforce apprenticeship programs and the Gardiner Scholarship, a resource for students with special needs. These initiatives are similar to the education policy efforts of past Florida governors, like Republican John Ellis “Jeb” Bush’s push for the expansion of school choice and establishment of test-based accountability.

In an interview with Education Week, Professor of Political Science at the University of Central Florida Aubrey Jewett said, “There’s a general sense of surprise about how much attention he has paid to K-12 education.”

Jewett went on to say that Florida politicians in general, “weren’t really sure if he would have a detailed policy agenda on things like education.”

According to the National Education Association (NEA), Florida ranks No. 27 across the nation in starting teacher pay and No. 46 in overall teacher salaries. In addition, the NEA reports there are 3,300 teaching vacancies just this year.

On Monday, Oct. 7, Governor DeSantis publicly announced his $603 million proposal to raise starting teacher salaries from $37,636 to $47,500 statewide. This bumps Florida from No. 27 in the nation to No. 2, putting Florida pay only behind New Jersey.

According to a press release from the Office of Governor DeSantis, he cited an ongoing teacher shortage due to a strong economy and availability of higher-paying jobs in other fields.

“This is long overdue, and I look forward to working with the legislature to make this a reality,” DeSantis said.

With the announcement of this proposal, the Florida Department of Education referred to the governor as “the next ‘education governor.’”

While this initiative may benefit K-12 teachers in Florida, the price tag could lead to problems for the future of the state budget—and potentially New College.

The House of Representatives has the power to reallocate money to and from any sector they would like. According to Vice President of Finance and Administration John Martin, this could be problematic for New College if they choose to take from the higher education budget.

“The House is looking at what they call ‘reallocating’ approximately 300 million dollars,” Martin said. “Now reallocating out of higher ed budget, higher ed is not only the state universities including New College, but the State College System. The legislature is the keeper of the purse. So where are they going to find the money?”

A $300 million budget cut to the State University System could mean a $2.5–3 million cut to New College’s budget.

DeSantis’ proposal has not been completely well-received among the legislature either.

“I am in receipt of the Governor’s statement regarding teacher compensation as I am of the over $2 billion of new spending requests from his agencies,” House Speaker José Oliva said in a statement. “My initial thought is one of gratitude for those who came before us and saw it fit to bind us and all future legislatures to a balanced budget.”

State Rep. and congressional candidate Margaret Good appreciated the “serious conversation” around increasing salaries, but emphasized that veteran teachers should also be considered.

“We cannot have a discussion about increasing teacher pay without talking about how we compensate and retain our veteran teachers,” Good wrote in an email interview. “To me, it is a matter of priorities. Florida should prioritize our students’ education, which means providing robust funding for our public schools and increasing teacher salaries to a competitive level.”