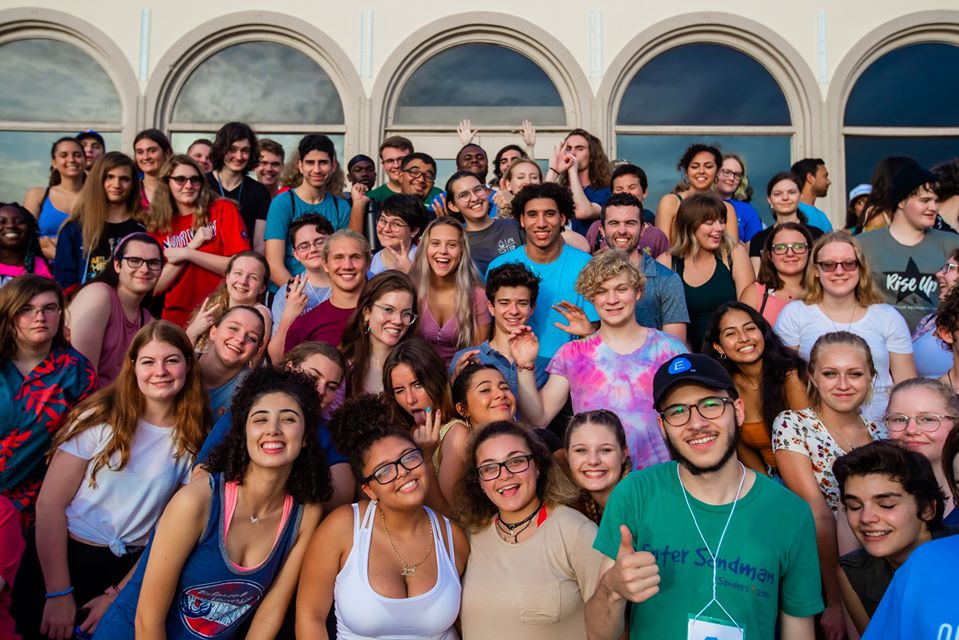 Cohort of 2019 during orientation.

In the midst of the college’s growth plan, this is the second year that the incoming cohort has claimed the title of the smallest class size in recent history. The cohort of 2019 totaled to 173 students, including 26 transfers. This number marks a 21 percent decrease from the size of the cohort of 2018, which was 222 students total.

In past years, the incoming cohort demographics report provided a broader range of information than the current year’s report, including average SAT score, average GPA, percent of Florida residents, percent of out-of-state students and more. This year, the office of research and administrators only reported the finalized data including statistics about gender, race and ethnicity.

According to the Director of Institutional Research Hui-Min Wen, the student demographic data stems from the admission application every student fills out. Changes to a student’s affiliated identity can be made by contacting the registrar. Changes commonly happen when students are employed by New College and complete the HR form.

“The updated information will override the information originally collected during the Admissions process,” Wen said in an email.

The demographics follow the U.S. Department of Education guidelines. The demographics are self-reported by students, however, under the guidelines, the ‘other’ pronoun option is not provided and may not accurately reflect the community. The cohort of 2019 is made of 31 percent male and 69 percent female. There was a 5 percent difference in the gender makeup from the cohort of 2018, 36 percent male and 61 percent female.

The statistics show that the entering cohort is disproportionate in gender, race and ethnicity.

Thesis student Alexandra Barbat is the Vice President of Diversity and Inclusion and hosts biweekly office hours to present and address student’s concerns, along with planning the best way to move forward with relevant incidents brought by students on campus.

“I’ve talked to a lot of students [of color] who feel like there aren’t many spaces specifically on campus for specific groups,” Barbat said. “Staff, administration and students all work hard to create these spaces and provide these resources.”

However, Barbat raised that although these spaces and support are available to students of color it is hard to navigate how to establish a person’s identity as marginalized or a minority on campus outside of meeting together for that one hour in the week.

“I think part of it is white students not feeling like they want to engage in these spaces, so you have these students of color making their own spaces and other people not interacting with it at the level they had hoped,” Barbat said.

“Even if you don’t belong to part of the identity of the group that is hosting the event, you should still show up and respectfully support them,” Barbat said. “To see other people outside of those identities interacting and wanting to learn more about those identities, it’s really meaningful. I’d say when there are these public spaces made for these identities and when they are trying to welcome other people in, accept their offer.”