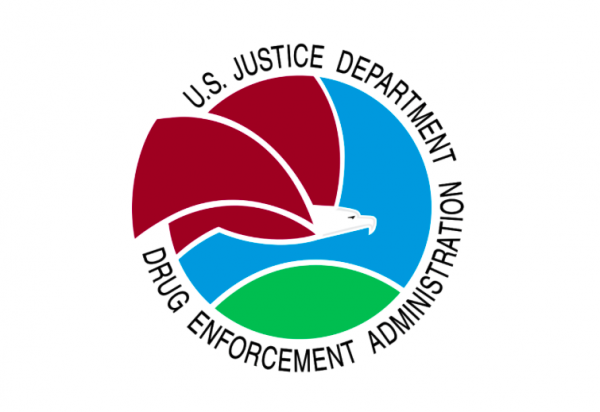 The U.S. Drug Enforcement Agency (DEA) has decided to announce their notice of intent to implement a temporary ban on the active materials in the kratom plant, labelling the once-legal drug a Schedule I substance of the Controlled Substances Act “in order to avoid an imminent hazard to public safety.” In making kratom a Schedule I substance, the possession, distribution and growth of the plant will become a felony offence.

Kratom is a tropical evergreen tree in the coffee family native to Southeast Asia that contains the active materials mitragynine and 7-hydroxymitragynine, which can give users opiate-like effects without the dangers of addiction or illegality. The drug has been gaining popularity in the U.S. recently due to it being a legal and non-addictive option for those dealing with chronic pain or going through the grueling task of beating an opioid addiction. It can be used in a litany of ways: one could eat it plain, make it into an extract, make a tea out of it and more, providing stimulant-like effects in low doses and opiate-like sedation and pain relief in high doses.

Throughout the DEA’s notice of intent, it becomes clear that further research on the plant is required for it to be cleared as legal, or to lower it from the temporary ban’s initial designation of the drug as schedule one. However, this emphasis on the necessity of further research in order to clear the drug is fundamentally backwards, as the designation of it being schedule one will severely limit the research allowed to be done on kratom.

The DEA made the move to “avoid an imminent hazard to public safety” as announced on the Federal Register, citing 15 kratom-related deaths between 2014 and 2016, and 660 calls to U.S. poison centers between Jan. 2010 and Dec. 2015 as reasons to justify kratom as a public safety concern.

These statistics are particularly fascinating when viewed in comparison to other legal substances in the U.S., such as alcohol and opioids. Excessive use of alcohol, for instance, has accounted for the deaths of 88,000 Americans each year from 2006 to 2010. For every ten deaths among adults aged 20-64, one was caused by excessive alcohol use. Despite having no accepted medical use in treatment, having one of the highest potentials for abuse among all substances – not just legal substances – and being responsible for 9,967 deaths caused by alcohol-impaired driving crashes (31% of all traffic-related deaths in the U.S.) in 2014, alcohol is not even a federally controlled substance, regardless of the fact it meets every requirement to be designated a schedule one drug.

Opioids – substances that act on opioid receptors in the brain to produce analgesic, or pain relieving, effects – accounted for 165,000 deaths from 1999 to 2014, with “at least half” of all opioid overdose deaths involving a prescription according to the Centers for Disease Control and Prevention (CDC). Opioid overdose deaths have quadrupled since 1999, with over 14,000 people dying from opioid overdoses involving prescription opioids in 2014 alone. But, while most tragic, death is only part of the grand scheme of things.

Prescription opioid abuse is increasingly prevalent across the nation, with almost two million Americans either abusing or dependent on them in 2014. Every single day over 1,000 people are treated in emergency departments for misusing prescription opioids. In comparison with 660 calls to U.S. poison control centers over three years, analgesics – opioids and other pain-reducing medications – accounted for 133,864 calls in only 2014. Almost 12% (11.9%) of all calls for poison exposure from adults 20 years and older were related to analgesics, leading every other category for poison exposure calls from adults 20 years and older. One in every four people who receive prescription opioids long term for noncancer pain struggle with addiction.

Which just happens to be one of the main purposes in using kratom – to wane off of prescription opioids, which many people become hopelessly dependent upon because of their real need for pain relief. Kratom acts as both a pain reliever and an addiction easer as it effects the same opioid receptors and provides comparable pain relief, all without many opiate-related side effects, such as the danger of easily reaching overdose levels, respiratory depression (which means slowed breathing that can result in dangerously low amounts of oxygen taken in), significant dependence and sedation.

Medical need for pain relief is not going anywhere, with over 100 million people suffering from some form of chronic pain according to a report from the Institute of Medicine. That’s 31.35% of all 318.9 million Americans that suffer from pain and seek medicinal options for relief, costing around $600 billion a year in medical treatments and lost productivity. There is no shortage of medical conditions that cause chronic pain, many of which are caused simply by natural aging and wear-and-tear.

“For my Endometriosis, I tried over the counter medicines such as Aleve, ibuprofen, and even and hospital grade anti-inflammatory drug called Toradol. I avoided prescription pain killers because I didn’t want to feel high, or not in control of myself. I still had work and school to attend,” fourth-year at University of South Florida (USF) Jacquelyn Pica said in an email interview with the Catalyst. “The over the counter medicines did nothing, and the Toradol helped a little bit but I was still in pain. I’ve heard from other women who also suffer from Endo that prescription pain killers don’t even help them either. I wasn’t going to take that chance and still not be relieved of my pain.”

“I had surgery to burn off my Endometriosis in June. I was prescribed Vicodin for the pain, which was pretty bad for the first few days. Taking Vicodin, I was so out of it and just tired all the time. I couldn’t really function; I’d just sleep, which I didn’t like. I stopped taking Vicodin after three or four days, and had my boyfriend get me kratom tea instead,” she continued. “The kratom tea helped even with my pain from surgery. Between taking ibuprofen around the clock and kratom tea in the morning, I didn’t even have to take painkillers for my surgical recovery anymore.”

Pica began taking kratom for pain relief two to four days a week, not once experiencing any negative side effects.

“Kratom makes me feel relaxed, without making my head feel foggy. Physically, any pain I have disappears; whether it be a headache, my back hurting, or pain from endometriosis or surgery. I can still go through my daily life after having kratom, which is something I can’t say for pain medication. Kratom doesn’t make me feel “high”; I still feel 100% like myself. Just a more relaxed, pain free version of myself,” Pica said.

She became so enthusiastic about using kratom for her own pain that she recommended her mother take it for her back pain, caused by 30 years of hard work as a nurse. She had to take prescribed pain killers daily in order to keep going through her days without pain. Despite her initial doubtfulness in whether or not it would help, she quickly found kratom to be much more effective than she expected.

“I remember the first time I brought her it; just a small 8 oz. tea, she looked at me like ‘yeah right, this won’t do anything,’” Pica explained. “After she drank it, she was so amazed she didn’t even know what to do. On her rough days, kratom helps her function. She can get through a work day nearly pain free, which is saying a lot. Her mood also improves after working all day pain free. It’s pretty incredible.”

“When she drinks kratom, she says it takes her pain away better than any prescribed drug she takes,” she continued.

Due to Pica’s positive experiences with the plant, she was appalled to learn about the DEA’s intent to make it not only just a controlled substance, but a schedule one drug.

“Their decision is a selfish one, and it’s not looking out for our best interest. If they want to protect us, let us take an herbal remedy instead of filling our bodies with narcotics and opioids that you make money off of. Let us have our plant. You can keep your drugs.”

Information taken by the Federal Register, the Institute of Medicine, and the Centers for Disease Control and Prevention.