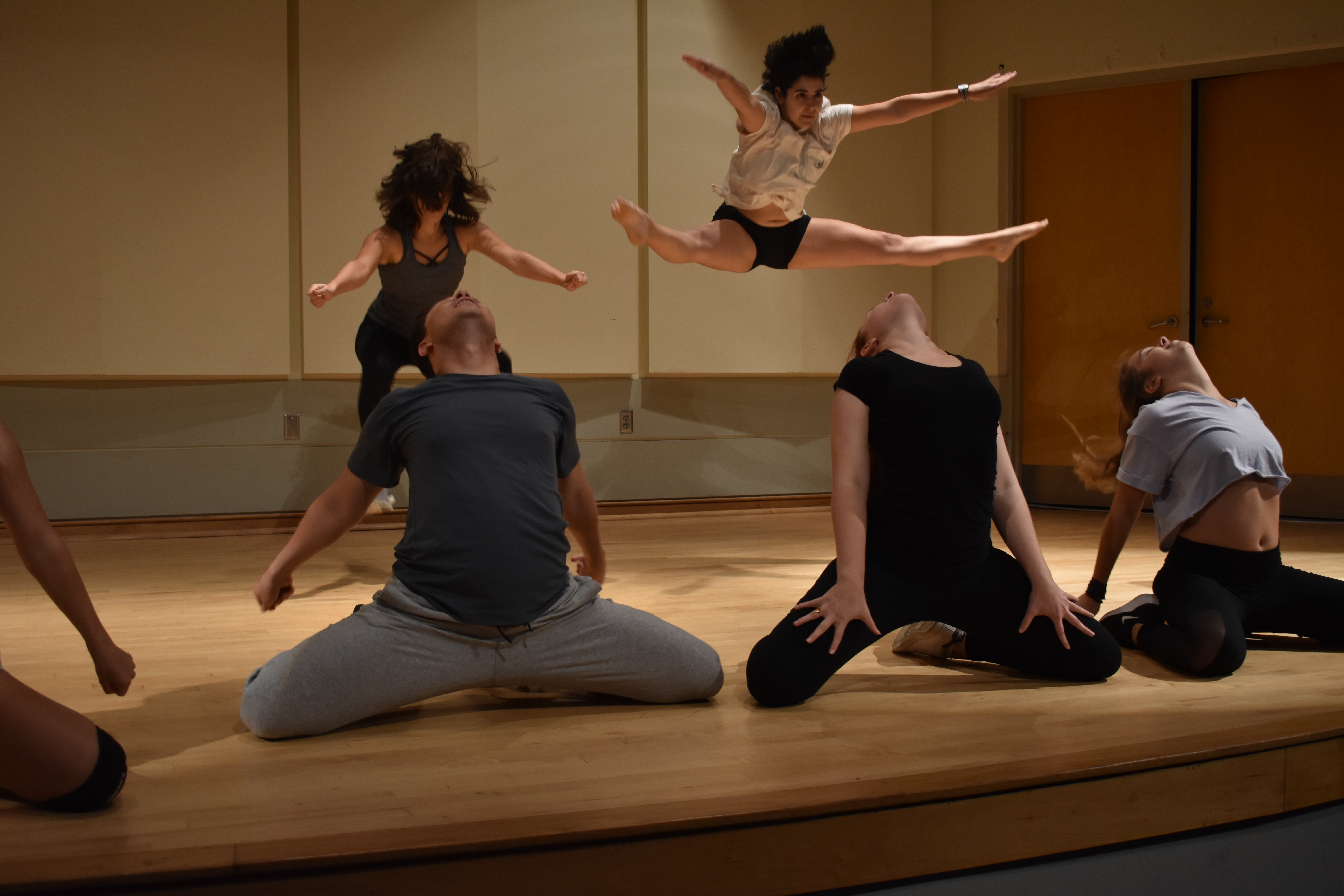 Bocanumenth's choreographed dance to Demi Lovato's "Sorry Not Sorry" ends with dancers up in the air and landing onto the stage.

“One more time,” Matthew Bocanumenth shouted as Demi Lovato’s newest anthem, “Sorry Not Sorry,” blares through the fitness center. Now just over a week before the show, the dances for this semester’s Dance Collective are coming together. After months of planning and practicing, this edition of the biannual dance extravaganza is about ready to take the stage at Sainer Auditorium.

The culmination of this semester’s work is now just over a week away, as Dance Collective shows on Dec. 1 and 2. Organizers and choreographers Eugenia Quintanilla– a thesis student–and Matthew Bocanumenth, third-year, spoke with the Catalyst about this year’s Dance Collective, how it compares with past years and what the show means to them means to them.

Thesis student Quintanilla has been involved with Dance Collective since she arrived at New College in her first year, and has seen constant improvement in the quality of dances during her time here. With only 13 dances–past years have seen up to 25–and some choreographers exploring new approaches to creating dances, this year does not look like it will be an exception.

“For me, it’s exciting because I only have one semester left, so it feels exciting, but I think every semester the quality of [dance collective] gets better and better, but this semester we have a bunch of people who are adopting existing choreography,” Quintanilla said. “So it’s neat seeing how people take stuff that somebody else has made and make it their own in a way, whether that’s different forms, or putting more of their own choreography into it.”

While there will be fewer dances than in past years, there will be no lack of variety. This year’s dances include pieces set to P!nk, Portugal the Man, Adele, Tinashe and the Crookers, to name a few. And, while this year’s showcase will be marked by variety and quality, there is more to the event than just the two showings that the public get to see. Dance Collective serves as a space for people to keep dancing, taking risks, challenging themselves in new ways and learning new skills. Taking the risk of joining a dance in Dance Collective is a huge step, but every semester all sorts of people taking that leap.

“I see Dance Collective to be really growing,” Bocanumenth said. “I think that often people see the show and just think ‘wow, I really want to do that,’ so seeing all these new dancers is really fun. At the beginning of the semester they were shy and sometimes weren’t really confident about being able to dance, and just working with them throughout the whole semester and seeing their growth and evolution, that’s pretty cool.

“At this year’s showcase you’re gonna see people you’ve never seen on stage, putting themselves out there and really getting into it and I think that’s cool,” Bocanumenth continued. “I also think personally, in my piece, it’s one of the hardest pieces I’ve done. Every time we finish, we’re all just out of breath, and it’s just very fast paced with very sharp moves, so that one has been pretty difficult. But it’s been a lot of fun doing that.”

In addition to providing an opportunity to challenge oneself, Dance Collective creates a space on campus that gives the opportunity for people to be creative and diligent in new, not school centric, ways. For people who take on the responsibility of choreographing, there is a different set of challenges.

“It’s really great to do something creative outside of what you’re doing academically and it’s worth it; even if you don’t choreograph your own piece, to dance in someone else’s piece is a nice physical time, if that makes sense. I think if you’re focusing so much on school, having scheduled time to not focus on school or anything else that you’re stressing about is really great,” Quintanilla said. “And I do think that taking on the challenge of being a choreographer or just leading a piece and directing it is a big responsibility so it kind of teaches you how to time manage, and you kind of have to be on top of yourself.”

Quintanilla also encourages people to take the risk of joining or directing in Dance Collective, even if it feels like a step out of one’s comfort zone.

“I would say to people who thought about participating in the show but didn’t, that they should just go for it in the spring if they see the show and they really like it,” Quintanilla said. “Or that if they’ve never choreographed before that they should do it anyway, cause for me, I never choreographed before coming to New College at all, I’d only danced in other people’s’ pieces, so it was really nice to challenge myself to do something like that creatively.” 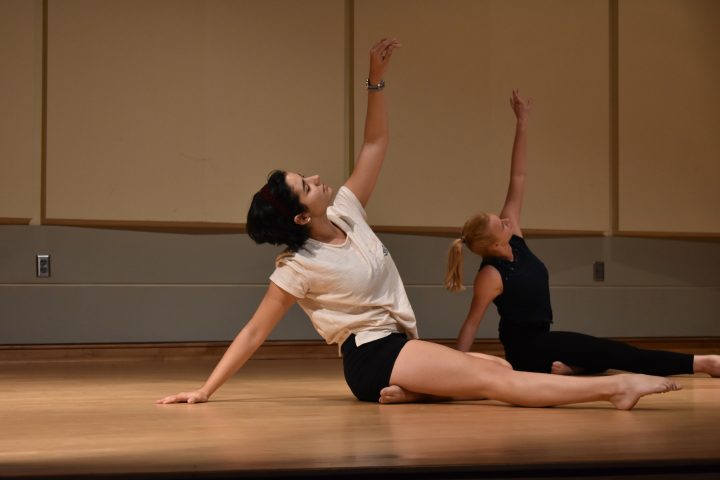