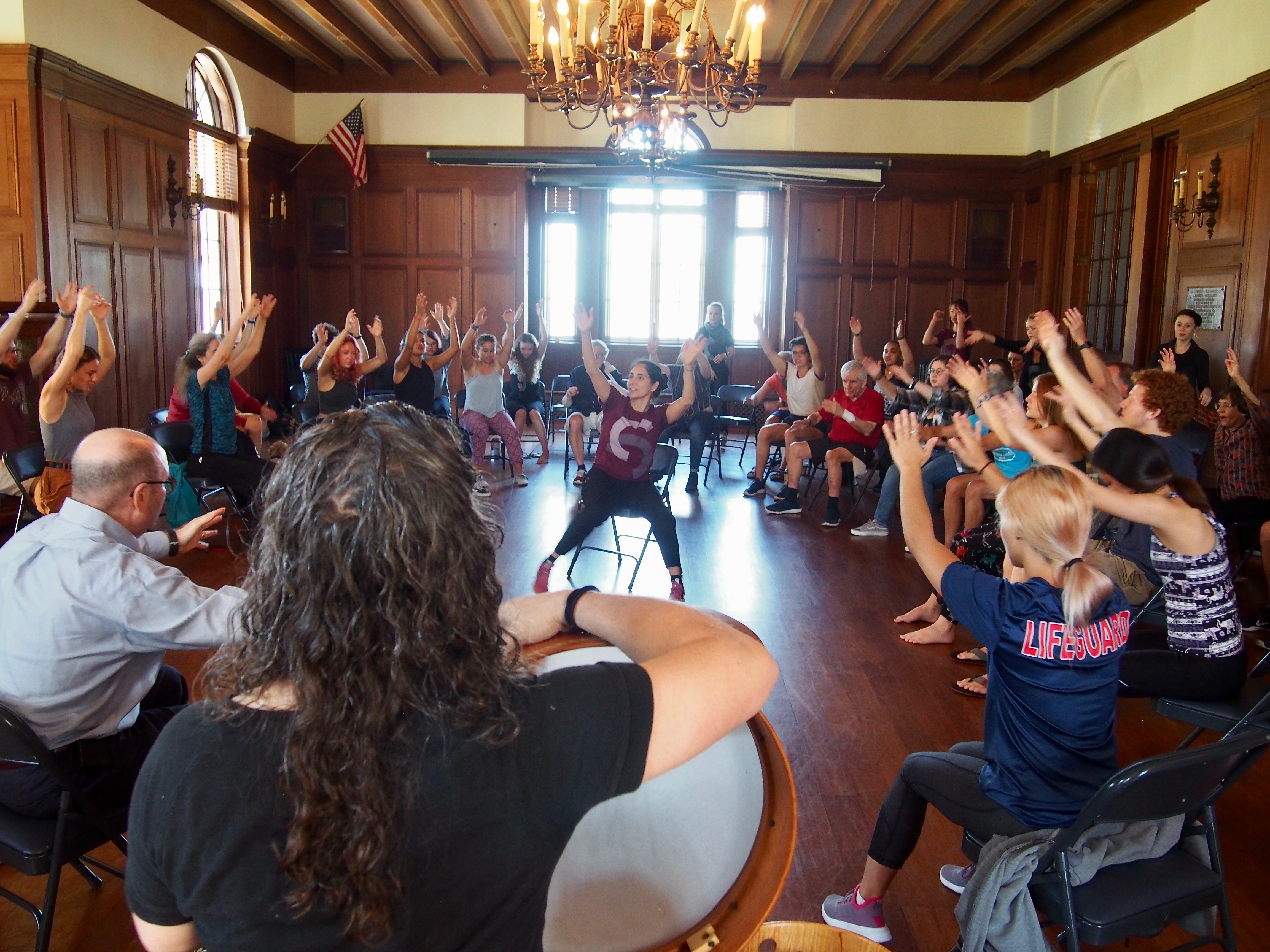 The Dance for Parkinson’s event, held on Monday, Apr. 15, in the College Hall Music Room, brought together students and Sarasotans to learn, dance and build community. Professor of Psychology Peter Cook and Dance Instructor and Artist in Residence Leymis Wilmott hosted the event in collaboration with Parkinson Place. As a culmination of the ‘Dance, Brain, & Parkinson’s’ course offered by Cook and Wilmott this semester, the event featured a session of seated dancing and a presentation from students on research-based findings. Cook and Wilmott facilitated a welcoming environment and concluded the event by encouraging those with Parkinson’s who participated to share their thoughts on the course and how it impacted their lives.

Offered this semester for the first time, the course was structured in segments. However, those who took the class could not choose which aspect of the course they wanted to participate in, they had to immerse themselves in every part. Cook led a lecture-style session for the first hour, where he discussed neuroscience, brain pathways involved in movement and how those things work and how they can go wrong with Parkinson’s. After the initial hour, Wilmott facilitated the dance aspect of the class, where she and percussionist Julian Douglas would guide students and community members through movements in both seated and standing sections. Those who could not stand could stay seated throughout the entire portion of the dance.

“My approach also comes from movements from the African diaspora in the sense that once the drum starts, you don’t stop,” Wilmott said.

Finally, the two focuses of the course, dance and psychology, came together in an effort to interview participants on how they felt after the movement.

“Often we were doing some kind of empirical measure or pilot study of some sort that put together psychology and neuroscience, and dance and movement,” Cook said. “We looked to have the students conduct interviews that had specific relevance to some of our broader questions. Part of that was an attempt to get a participant-centered view of how movement-based classes affect their general well-being while living with this debilitating disorder.”

Aside from focusing on research, the course aimed to foster meaningful relationships between students and community members. Wilmott emphasized the importance of learning skills relevant for using outside of the New College bubble. Each class built off of the previous one, offering students opportunities to practice real-world skills in an academic setting.

“This [event] was the end: an opportunity to share,” Wilmott said. “Having to share what what you’ve experienced, in itself, is a learned skill.”

Reflecting on the course, both professors agreed that they would have approached the structure of the class differently, hoping to better integrate the dance and psychology aspects and possibly offering bi-weekly meetings earlier in the day.

“It’s like a real liberal arts experience,” Cook said. “It’s community interaction, clinical interviews, empirical assessments of movements that are related to neuroscience, actual dance class, socialization, student-led research that’s under the control of faculty because it went through the Institutional Review Board (IRB); there’s a lot of pieces that were stuck together.”