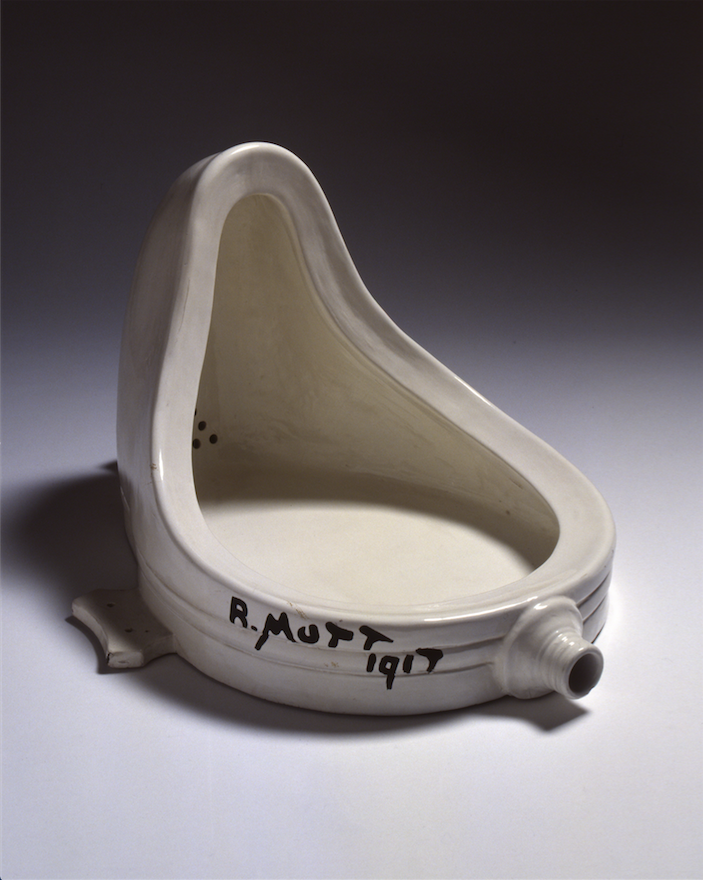 Artists Salvador Dalí and Marcel Duchamp’s influential works and distinct personalities are the focus of an exhibition taking place at the Dalí Museum in St. Petersburg from now until May 27. The first exhibition to focus solely on the friendship between the two avant-garde artists, Dalí/Duchamp explores the shared interests of the two men and the way their relationship influenced their work and lives.

Dalí/Duchamp was on display at the Royal Academy of Arts in London until January 3. With around 160 objects–60 of which are pieces of art–the show is extensive for a travelling exhibition. It also features a handful of impressive, large-scale works that rarely leave their home institutions–such as Duchamp’s The Bride Stripped Bare by Her Bachelors, Even, on loan from the Moderna Museet in Stockholm.

The Bride Stripped Bare by Her Bachelors, Even, also known as The Large Glass, is an abstract work that stands nine feet tall and consists of various materials placed between two panes of glass. The version on display in the St. Petersburg iteration of Dalí/Duchamp is a reproduction created in 1961 for an exhibition at the Moderna Museet–the Royal Academy show featured the Tate’s reproduction. The original is part of the Philadelphia Museum of Art’s permanent collection. 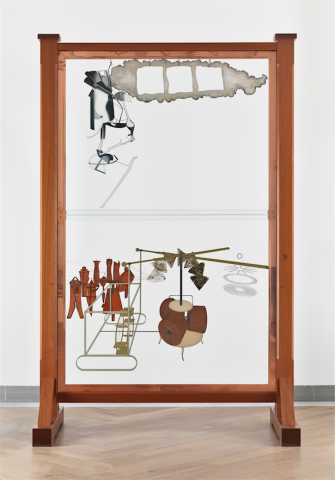 “If you’re showing your public a fresh view of two artists that people probably think are both interesting but that are generally seen in isolation, you need to be able to show key, significant works,” Dr. William Jeffett, Chief Curator of Exhibitions at the Dalí Museum, said. “If you tried to describe it [The Large Glass] without having it physically there it would not make sense whatsoever to people–given that it’s kind of an enigmatic thing anyway.”

About 60 of the objects on display, including paintings, drawings, letters and surrealist magazines and publications, came from the Dalí’s permanent collection while the other 100 objects came from the 26 lenders involved in the exhibition.

“It’s kind of a thesis exhibition where basically every piece in the exhibition is there for a reason. If you couldn’t obtain some of the loans, it would be hard to do the exhibition in a way that makes sense,” Jeffett said. “A lot of people had to be contacted and convinced of the importance of the exhibition in order to facilitate these loans. There’s not a huge volume of work out there [by Dalí and Duchamp] and we were looking for very particular pieces within the body of each artist’s work.” 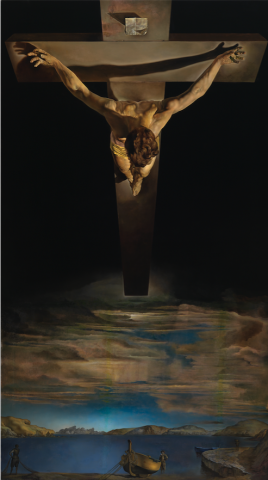 The exhibition was co-organized with Dawn Adès, an influential surrealist scholar working with the Royal Academy of Arts, in collaboration with the Gala-Salvador Dali Foundation and the Association Marcel Duchamp.

“We really benefited from having loans from the Gala and Salvador Dalí foundation and we sought the support–both morally and with loans–from the Association Marcel Duchamp,” Jeffett said. “We wanted to do this with the blessing of the two principal institutions that have to do with these artists, which I think is important to do, so it had a kind of seriousness and the lenders would also see that it [the exhibition] had the support of the estates of both of the artists.”

Dalí/Duchamp is organized into four thematic sections that follow the artistic and personal development of both artists: Identities + a challenge to painting, Playing Games, Science + Religion and the Body + the Object.

“The pairing of them brings out something interesting in both their work,” Katherine Brion, professor of Art History, said. “Like you wouldn’t think right off the bat that these would be two figures that would be attracted to one another’s work. Duchamp’s was older than Dalí so you might think of him [Duchamp] as being kind of dismissive–some of his associates were not too approving of this relationship, their connection or Dalí. I think that that connection was stronger than people thought.”

Brion will be presenting a talk on Duchamp at the Dalí as part of a series of lectures organized in conjunction with the exhibition. Entitled “Questioning Gender, with Duchamp,” the talk will take place at 10:30 a.m. on Mar. 21 and will discuss Duchamp’s transgressive relationship with gender and his influence on later artists.

Professor Brion is scheduled to present an alternative version her lecture at New College on April 6 at 12:00 p.m. in ACE 115 as part of Feminist Fridays. 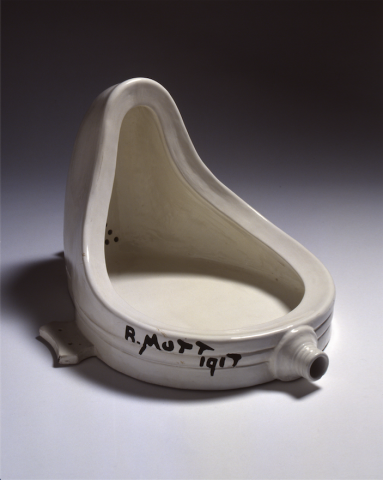