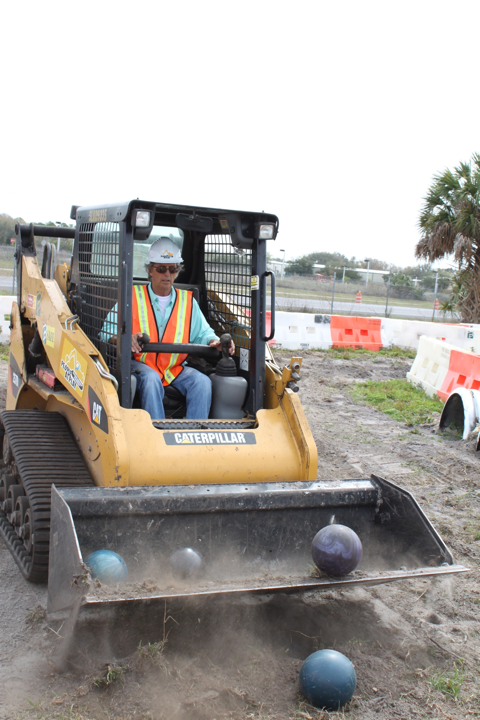 Pete Russell loads bowling balls onto the skid steer loader to place them in goals.

The 21-acre field on the corner of Tallevast Road and State Highway 301 sits empty on most days, but on others tourists don hardhats and climb into steel track excavators, skid steer loaders and bulldozers for entertainment. Far from a serious construction site, the attraction run by People at Play was born out of a good idea in a bad economy.

“About three years ago things were starting to get ugly and we had a group of engineers that we had just completed a job with,” Alisa Bennett of Bennett Construction and People at Play told the Catalyst. “Now these guys are civil engineers so they design the ponds, they design all of the water lines and sewer lines we put in, but they never run the equipment. So we said, ‘Hey, come on out to our shop for a picnic and we’ll let you run some of the machines.’ Kind of as just like a goof, you know? Nothing serious.”

The response from those who rode the construction equipment that day was so overwhelmingly positive that it made both Alisa and Jason Bennett plan out their next business endeavor. “We went home that night and went, ‘There’s totally a business idea here somewhere,’” Bennet recounted. “We started it and then we really just kind of tabled it because life kind of went by, we were busy and the kids were small.” 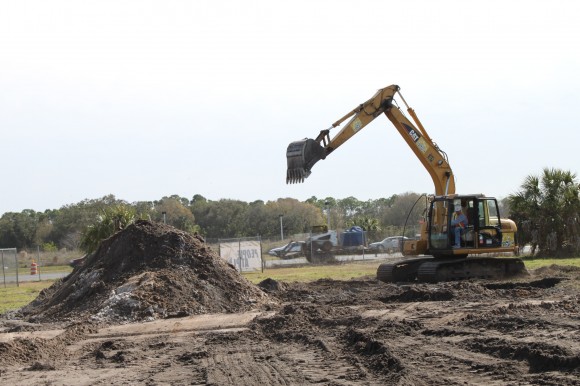 The CAT 315 Steel Track Excavator digs down to the water table, creating a pile of dirt next to it.

Last spring, the Bennetts’ idea was revived when construction work had still not increased. “We were looking at each other going, ‘Oh my God — here we are back again,” she said. “‘There’s no work, we’ve got 20 employees. How can we drive new revenue?’ And we kept coming back to this idea.” After leasing land from friends and receiving the proper permits from Manatee County, the Bennetts opened People at Play on Dec. 1, 2010.

Customers can choose from the “Operator,” “Foreman” and “Superintendent” packages to operate construction equipment including a Caterpillar 315 Steel Track Excavator, a skid steer loader and a Caterpillar Track Type bulldozer. Customers can navigate an obstacle course, play bowling with an excavator or dig or level to their heart’s content with prices starting at $235.

“Those prices are entry level prices,” Bennett told the Catalyst. “We are going to be raising our prices just because of all the additional overhead and the one-on-one training. You’ve got to have people out here. You have to take pictures. It’s not cheap.” 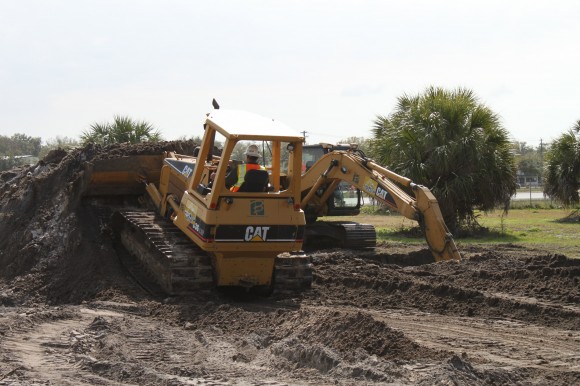 A bulldozer works to flatten the dirt the excavator dug up.

In fact, the three machines customers can operate total an approximate cost of $200,000. “You’re not talking about equipment that’s inexpensive and also to maintain, much less operate,” Bennett explained.

People at Play has had approximately 20 customers since opening in December and the Bennetts have been surprised by the makeup of their audience. A 90-year-old man and a 77-year-old woman who had skydived on her 75th birthday were among the first customers to climb aboard the heavy machinery.

“It’s funny — they’re skewing a little older than we thought,” Bennett said. “We thought we were going to get 40s, 50s white collar, big money guys. And we are getting some of those, but what we’re mostly getting is retirees. It would be a bucket list situation.” 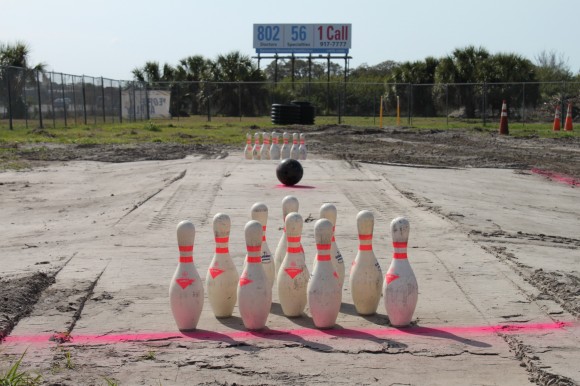 Customers can play bowling by picking up bowling balls and throwing them at pins with the excavator’s bucket.

Although the Bennetts began People at Play because construction work had slowed down, the situation quickly changed. “The second we started this, business just picked up like crazy and I’m like, ‘What is going on here?! We’re supposed to be slow!’” she said. “We’ve actually had to have rental machines over here because our machines were busy in the field. Again, it’s a great problem to have I can’t complain about it and we’re very thankful that we have work. Very thankful.”

People at Play’s website can be visited at  www.pplatplay.com