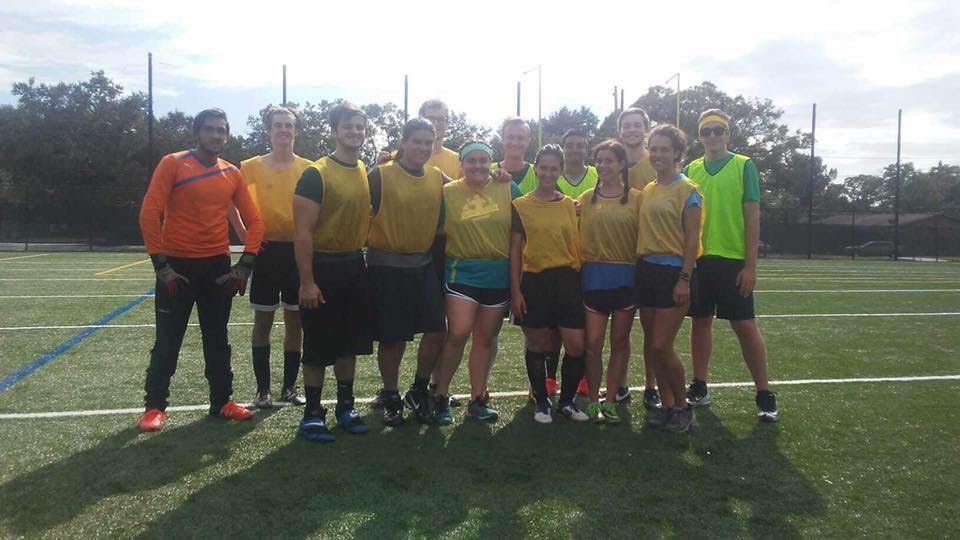 The Soccer Club is having trouble finding its footing this year. However, Court Soccer, a weekly Wed. night activity Soccer Club offers has been well attended.

“We had a coach last year, but due to the Fitness Center’s budget issues this semester, we are unable to hire a coach this semester,” captain and third-year Joseph Daniels said. “I plan on choosing drills and running the practice this semester.”

Daniels noted that, during his first year, the attendance of a court soccer match would be around four or five people. About 20 people have been coming to the pickup games this year.

“Playing on the court is pretty convenient because it’s in the middle of Pei and we play in the evenings,” Daniels said. “It’s also a lot faster paced because it’s a smaller playing area and the ball moves faster on a hard surface.”

On the weekends, scrimmages are frequently played against Ringling College of Art and Design and State College of Florida on the grassy soccer pitch. Daniels confirmed he is working on a schedule that will be published soon.

“I wanna give a shoutout to Rozana Jaber [who started the soccer club in 2017] and the rest of the soccer players that graduated last semester, as well as the first years that consistently come out to play—y’all will keep the soccer flame burning for years to come,” Daniels said. “I also wanna shoutout Maarten Lemens and Antonio Montilla, organizers of the Ringling Soccer club. My final shoutout is to Fernando Torres for scoring the goal against Barcelona that sent Chelsea to the Champions League final that they later won.”