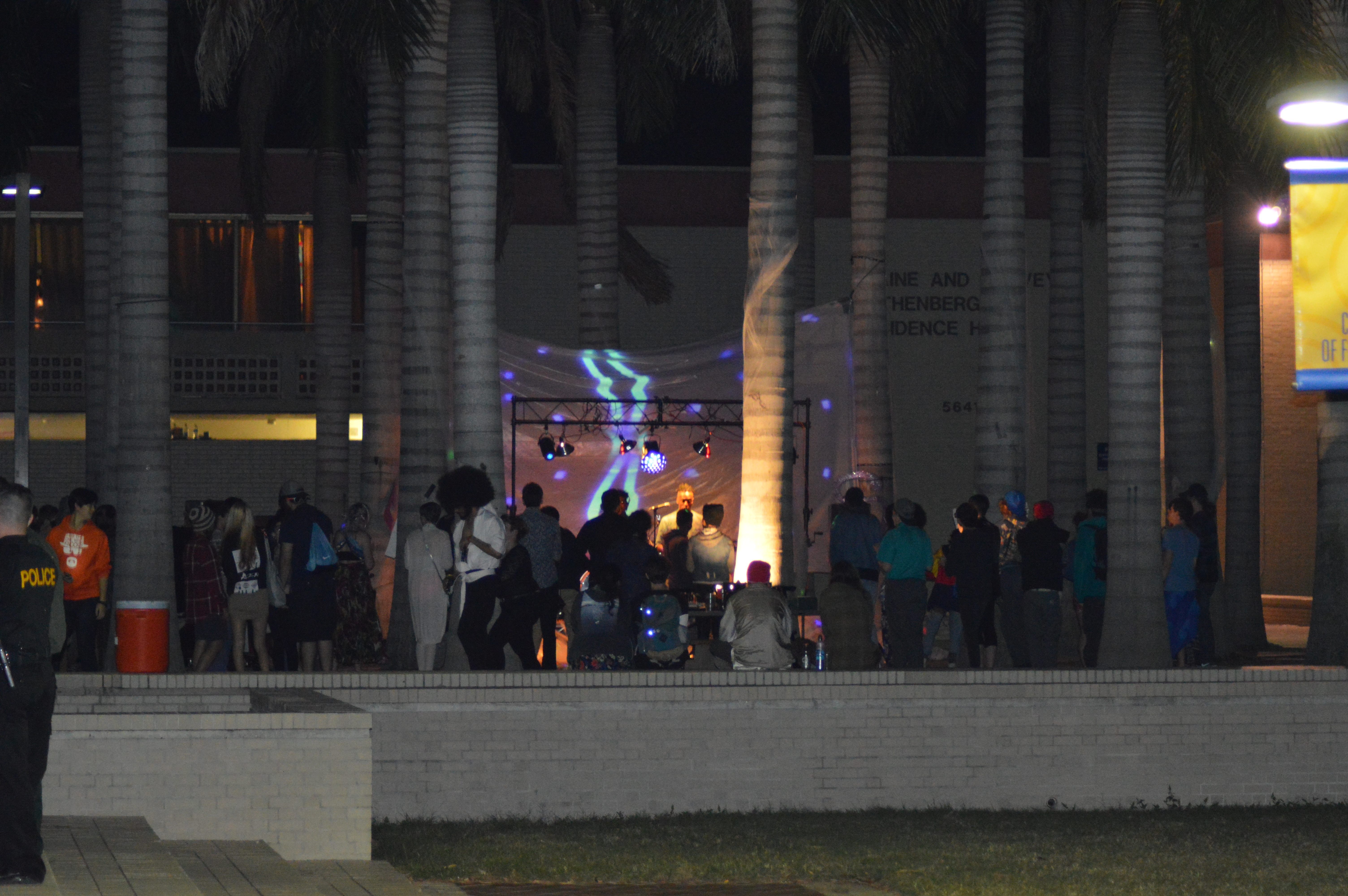 “They spelled unconsciousness wrong,” first-year Diana Proenza said as she looked at the oversized sign hanging in the window of the share center inside the Hamilton “Ham” Center advertising this year’s Valentine’s Day Palm Court Party (PCP) Center of the Universe Party (COUP). Held on Friday, Feb. 10, at the end of the first week of classes, this PCP COUP kicked off the semester with a bang, with lots of performances and different areas set up to mirror different areas of the human unconsciousness.

Palm Court was the main feature, with the biggest stage set up in the middle with signs surrounding it which pointed in cardinal directions away from the performer.

“This girl is so good,” second-year transfer student Mary Stevens said while listening to a performance by Mustard Service in Palm Court and dancing with first year Ormond Derrick. At 2:20 a.m., performances in Palm Court stopped and a spiritual circle occurred to open up a portal.

“Look at this great ass I have,” Proenza said. She picked up one of the neon painted masks from the old mail room and held it to her face. The room was decorated with neon and glow in the dark aesthetic paintings with a sign that said “Blast Wave Aesthetic” in the middle of the room.

The chill out rooms were also an important feature of this PCP COUP. One in the Z lounge called the heart room was centered around a large heart structure and adorned with red lights and snacks. This setup was quiet and calm for students who needed a moment of peace in the ultimately chaotic night.

Finally, in Ham, another setup for music was created which would have originally been in the Black Box Theater had there not been a thesis performance going on during the same night. This room was decorated with leaves, and string lights with a sign that said “The Crucible Archetypal Origins.”

At the end of the night, around 4:30 a.m. the next morning another successful PCP COUP, everything began to wind down with tired students making their way to their beds, red wrist bands still wrapped around their wrists only for the fun to continue the next morning as PCP COUP sponsors – Oliver Goldsmith, Lorraine Cruz and Annie Rosenblum – and student volunteers worked together to remove the decorations and clean up the campus. 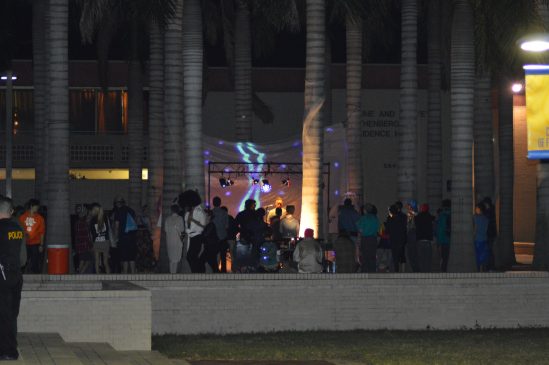