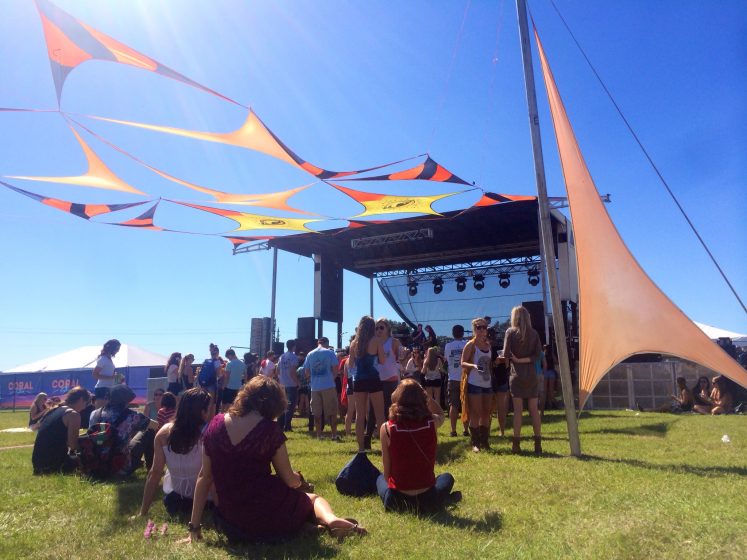 Music festival season allows northern states to prosper, leaving Floridians in its brightly colored, flower-dusted wake. Coral Skies Music Festival is hoping to change that by presenting its first ever event this past weekend in Tampa and West Palm Beach. The lineup was comprised of 12 bands including Cage the Elephant, City and Color, Tokyo Police Club and Bleachers. Manchester Orchestra was announced just a few weeks before as a surprise guest. Local food trucks and a craft beer garden were available for patrons to refuel during the day.

“My favorite part was seeing Wild Club,” first-year and Catalyst staff writer Leigh Barber said. “The weather was perfect and it was definitely a great way to spend a Saturday.”

Many New College students were in attendance due to the cheap ticket prices, impressive lineup and close proximity of the venue overall.

“Julian Casablancas is going in a really cool direction with the Voidz,” first-year Jerry Stoops said in an email. “Cage the Elephant brought the house down, and put it up again, only to slam the door on their way out.”