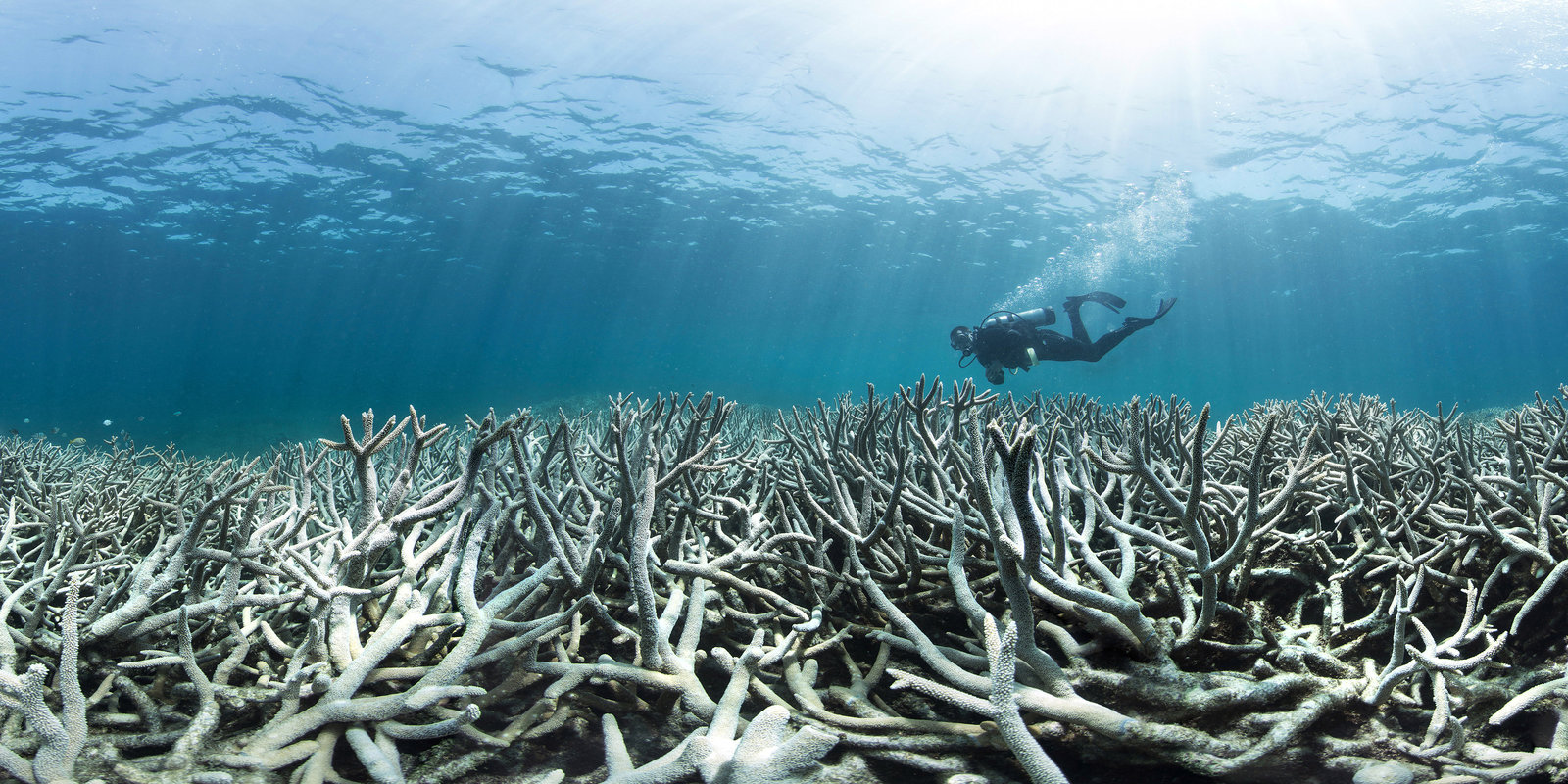 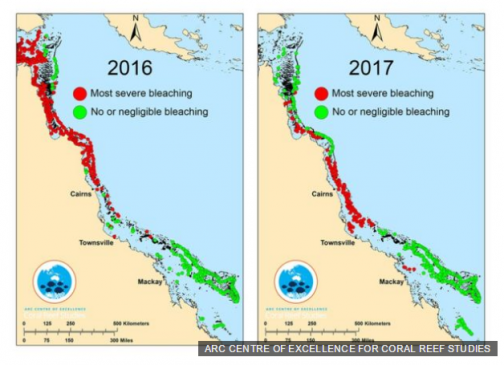 New aerial surveys have shown that two-thirds of Australia’s Great Barrier Reef has been damaged by unprecedented coral bleaching.

Coral bleaching is the loss of algae living within the tissues of coral, resulting in a pale white version of the once-colorful invertebrate. This expulsion of symbiotic algae happens when corals are stressed by changes in condition such as temperature, light or nutrients. 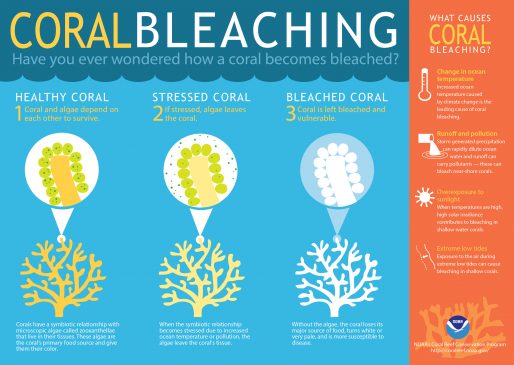 Coral is able to recover from bleaching, but the close proximity of the two instances raises fear that the coral will be forever damaged.

“Since 1998, we have seen four of these events and the gap between them has varied substantially, but this is the shortest gap we have seen,” James Cook University Professor Terry Hughes told the BBC. “The sooner we take action on global greenhouse gas emissions and transition away from fossil fuels to renewables, the better.”

In 2005, the U.S. lost approximately half of its coral reefs in the Caribbean due to a massive bleaching event that was caused by a dramatic shift in water temperature. The warm waters around the northern Antilles near the Virgin Islands and Puerto Rico expanded southward, creating a thermal stress that was greater than the previous 20 years combined.

The latest damage happened without the assistance of El Niño, a weather pattern previously associated with bleaching events.

“The central third this year, I would say, was as severe in terms of bleaching as what we saw as the northern third last year,” Kerry told the BBC. “For those reefs that were hit two years in a row, it is effectively a double whammy. They have had no chance to recover from last year’s events.”

Information gathered from bbc.com and oceanservice.noaa.gov