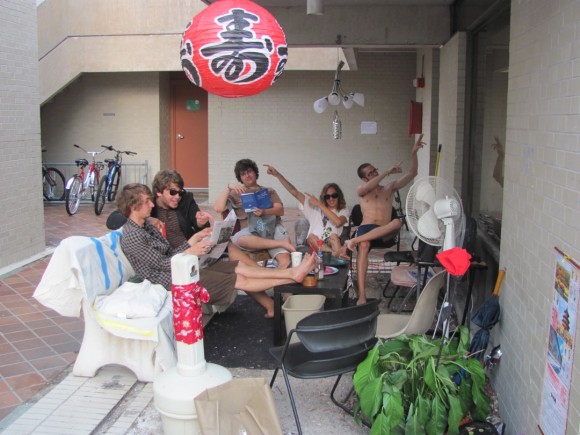 When first year students James “Grayton” Cloos and Jamie Revollo placed an electric organ along side the bench, table and chairs in the mulch pad out side of their second court room, the two said that they could not have imagined the controversy that would ensue.

Revollo says he saw the electric organ up for grabs in the free store with the words “free organ, any takers” written on a sheet of paper taped to it’s front. He asked for the help of two students to move the organ back to his second court room 219. Cloos was surprised when he returned to his room to find the organ set up in the mulch under his dorm-room window. Cloos was wary at first about keeping the organ but when Revollo explained that the organ was indeed up for grabs from the free store Cloos agreed that the organ should stay.

When second courters saw or heard the organ they were not all satisfied with the new addition. “We started messing with it and it got really loud and people complained,” Revollo said. Soon the forum bristled with comments claiming that the organ had been stolen, and that it was too loud and obnoxious to be played in a residence hall which other students use to sleep and study. Others said that such a device should not be kept outdoors. Several returning students felt that the organ represented a typical first year faux pas. Cloos wrote a reply on the forum in an effort to placate the problem.

“I had no idea that the organs were a huge tradition, sorry for spearheading yet another encroachment on Novo Collegians’ god given right to music,” Cloos said in the email. “That should be the stuff they tell you in orientation, don’t [exploitive] with the organs, etc. … apparently it had a sign on it that said ‘anyone want an organ.’ We realize now that that might have been a fake, but please, direct anger at the person that wrote the sign, not the first year that honestly did not know any better and thought it was a sweet find in the free store.”

The sign on the organ turned out to be authentic. Revollo said that he received an email from the Band TA which informed him that while the organ was up for the taking in the free store, it should be kept inside and away from the elements. Cloos and Revollo decided to end the controversy by returning the organ to the free store. When asked if they miss the organ Cloos said “I could care less.” 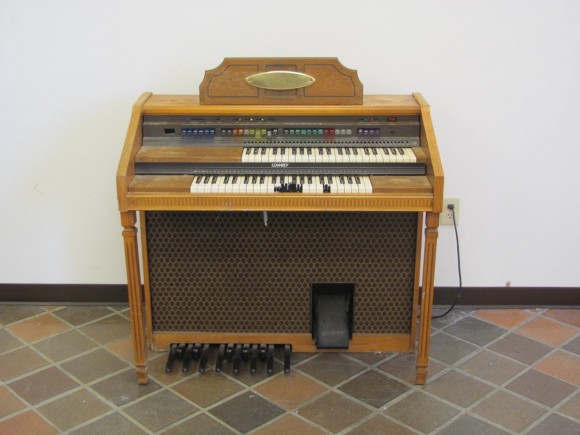 Revollo and Cloos said that became worried when they received a letter from an administration figure informing them that they could face charges or fines for stealing among other violations. Revollo says that on Sept. 9th the two meet with an administrative figure who agreed to drop all the charges against them in return for a copy of the e-mail from the band TA proving that the organ was not stolen.

Complaints continued to pile up about the mulch pit. First students became frustrated that a second court bench had been moved from it’s old location. Some claimed that they liked the bench in its old location,

Cloos believes he was justified in taking the bench which he claims was rarely used in it’s old location and “was moved only 10 feet.”  Revollo said placement of the bench is no longer an issue. “We had it discussed (the bench) in our second court meeting and everyone agreed that it should stay here.”

Revollo and Cloos said that they are not upset that the organ is gone but only that other students did not come to them first before posting complaints on the forum or sending them to administrative figures.

“If someone has a problem I would be more then welcome for them to come and talk to me personally about it,” Revollo said.

“I love to go there alone and study. There are fans and it even offers protection from the rain.” Said first year Dylan Robitaille.

“It’s always somewhere to go. It’s prideful in a way because it’s me and Grayton’s shared space, prideful that people would come here.” Said Revollo.

“It’s always somewhere to go, there is always a good 85 percent chance that someone will be here… That people will be out here hanging out, I think it’s awesome.” Continued Revollo.

The furniture sits under the overhang that flanks Revollo and Cloos’ room. Now the organ is conspicuously missing, returned to the free store. The Mulch Pad has quickly become one of the most highly frequented spots in second court.  Revollo and Cloos made it clear that all students are welcome to come by and hang out there any time.