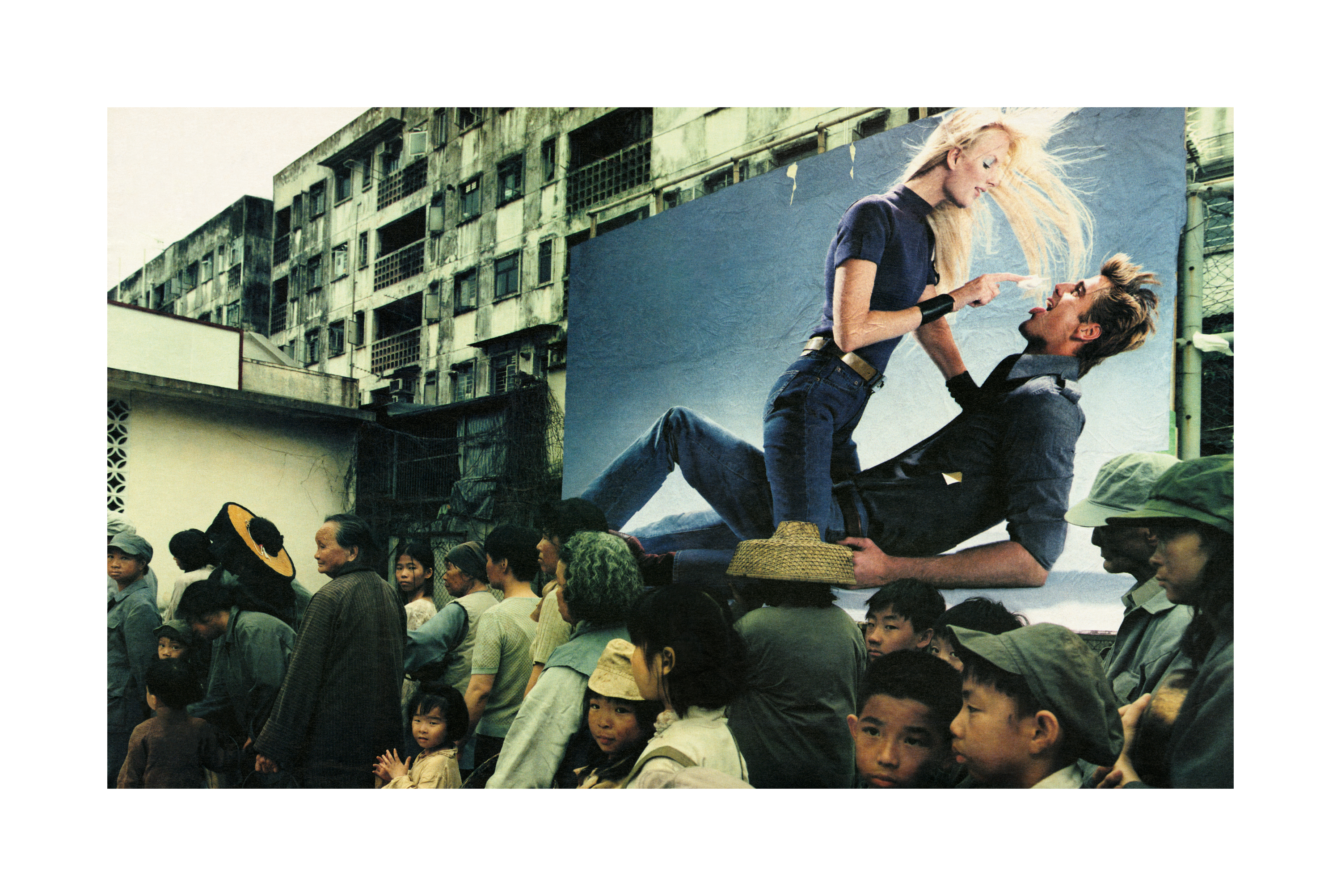 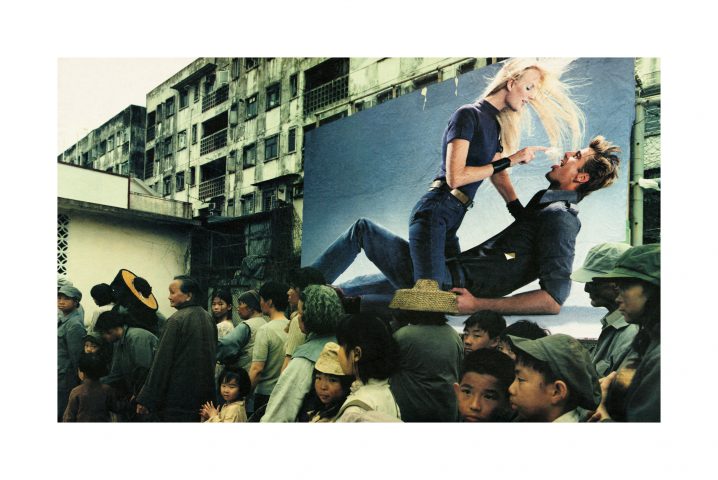 At the entrance to the gallery, emblazoned in glowing white neon, is the phrase “It’s everywhere around you, you want to be, the life you were meant to live.” The piece, entitled Caesar’s Visa, is an appropriate lead-in for Hank Willis Thomas’s new exhibition in the Monda Gallery at the John and Mable Ringling Museum of Art. Thomas’s exhibit, Branded/Unbranded, is meant to provoke questions about how advertising imagery impacts how we think about race and gender.

Thomas’s work is in a variety of different media—including sculpture, video, photography, printmaking and textiles. Thomas was born in New Jersey in 1976 and is now based in New York City. He received a B.F.A. in photography and Africana studies from New York University, and an M.A. in visual and critical studies and a M.F.A. degree in photography from California College of the Arts in San Francisco. 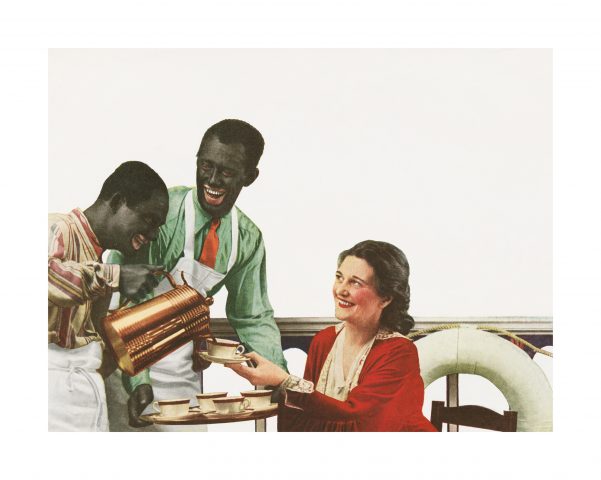 The exhibition at Ringling features pieces from a variety of Thomas’s different projects. Unbranded: A Century of White Women, 1915-2015, is a study of White women’s portrayal in advertising imagery of the past 100 years. To provide historical context and his own interpretation of the image, Thomas writes his own captions. They are sometimes lengthy and sometimes short, sometimes ironic or severe. Unbranded: Reflections in Black by Corporate America 1968–2008, explores how Black men and women are stereotyped, flattened and exploited by marketers. In both projects, Thomas digitally removes the advertisements’ copy and logos, leaving the image isolated. The effect is to make the remaining image appear stark, contrived and naked. The last of Thomas’s projects on display at the Ringling, Branded, is a reversal of his others. Branded explores the commodification of Black men in college and professional sports. To do so, Thomas digitally manipulates his own photographs to “brand” his subjects with logos and corporate messages.

Much of Thomas’s work is drawn from a vast personal archive of vintage magazines and other advertising. Thomas focuses on advertising in the 1950s and 1960s, when racist and sexist themes were baldly employed to make advertisements eye-catching. For the first time ever, the original archival material Thomas has drawn from is being displayed alongside the finished pieces. This addition allows the viewer the opportunity to read the original copy and gain a fuller appreciation for the artist’s intentions and inspirations. A caption invites the viewer to think about how advertisements allow businesses the “control of depiction.” Advertisements are tricky, another one of Thomas’s captions insists, because “no one particular person can take all responsibility for their messaging.” 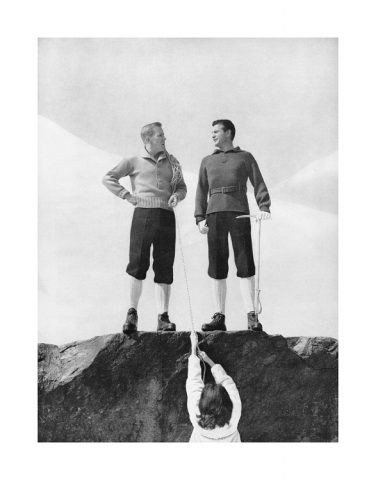 “I think [Thomas] encourages us to look more closely at the ubiquitous images that we see in advertising and popular culture that we often overlook,” the Ringling Museum Curator of Photography and New Media Christopher Jones told Sarasota Scene Magazine. “We are so inundated with these images that we don’t really stop to think what sorts of messages are being sold along with the product. He encourages us to slow down and think critically about how we present ourselves, how we present others, how we see our society and what sort of values we’re reinforcing out there.”

Another one of Thomas’s pieces on display at the Ringling, entitled Fair Play, Cigarette Texts, caught the eye of third-year chemistry student Katrina Carlin. Fair Play features slogans from cigarette advertisements printed between the 1960s and the 1980s. The slogans are kept in their original font, but removed from the accompanying images and printed in white against a glittering black backdrop.

“Abstracted from any other imagery, they really demonstrated the consumer desires that advertisers were trying to appeal to,” Carlin told the Tangent in an email interview.

This semester, Carlin studied the history and philosophy of advertising in an academic tutorial led by New College Assistant Professor of History Brendan Goff. The tutorial, which begins with a focus on the late-nineteenth century and stretches into the present, is concerned with many of the same questions embodied by Thomas’s work. Professor Goff will be teaching a full version of the class entitled From Painted Women to Mad Men: Consumerism and Spectacle in American History during the 2018 fall semester.

“Thinking about the methods, imagery, and language that advertisers use to advertise to various segments of the population is something I have been doing a lot lately due to the tutorial,” Karlin said. “And because this class is about something that in this day and age affects all of us, I think it has a certain appeal for those interested in being more critical of the world around them.”

Hank Willis Thomas’s Branded/Unbranded is on exhibition at the John and Mable Ringling Museum’s Monda Gallery until June 10, 2018. General admission is $25 and free for New College of Florida students. Information for this article provided by the Ringling Museum and Sarasota Scene Magazine.