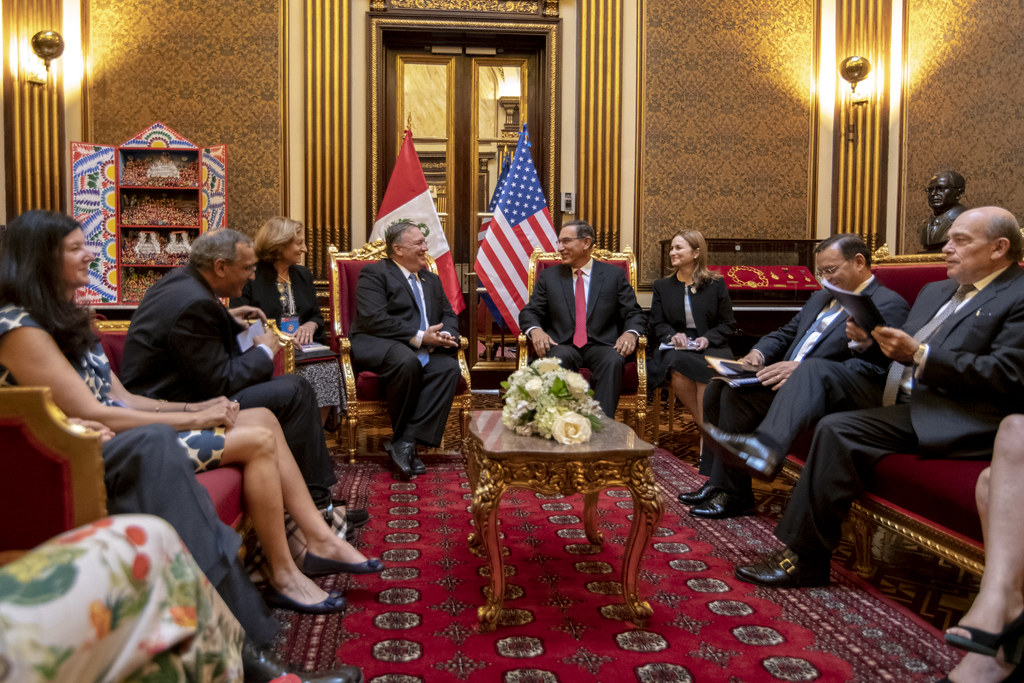 With recent domestic news cycles filling timelines and feeds it can be easy to block out events going on outside the U.S. Most recently, Peru is facing a political power struggle between President Martín Vizcarra and an opposition-led Congress. This power struggle has gone on for a year, as Congress continues to stone-wall Vizcarra’s push for harder anti-corruption legislation. Vizcarra’s government has now seen the dissolution of the Congressional body and Vice President Mercedes Aráoz was sworn into the presidency: at one point Peru had two active presidents. Vizcarra has now called for early general elections on Jan. 26 to elect new members of Congress. Until then, Vizcarra plans to govern without a Congressional body.

Peru finds itself in its present situation as a result of “Operation Car Wash,” a 2014 investigation led by the Federal Police of Brazil into a gas station in Brasilia, Brazil. What was first believed to be simple site for money laundering led to the exposure of one of the largest corruption scandals in Latin American history.

Brazilian police arrested known money launderer Alberto Youssef, who offered to cooperate with the investigation. However, Youssef offered a chilling warning to his lawyers.

“If I speak, the Republic is going to fall.” Youssef forebodingly said when first arrested in March 2014.

Youssef then exposed a cartel of construction companies working to feign competition between each other for construction contracts from the state-owned petroleum company, Petrobras. Companies took turns accepting construction contracts, but would then inflate prices to increase profits. The largest culprit was Brazilian conglomerate Odebrecht, which received a fine of $2.6 billion. With their illegal earnings, the companies paid bribes to Petrobras executives and Brazilian politicians in exchange for their silence and cooperation in the enterprise.

Youssef’s cooperation implicated dozens of top executives and politicians across Brazil and extended into other countries like Peru, Venezuela, Argentina, Colombia and Ecuador. The extent of corruption Youssef exposed was staggering: then Brazilian President Dilma Rousseff was removed from office and presidential candidate and former President Luiz Inácio Lula da Silva was imprisoned on corruption charges.

As of Oct. 1, the conservative Popular Force party held a majority in Peru’s Congress.  The party’s leader, Keiko Fujimori, is currently in prison while awaiting trial for corruption charges from receiving $1.2 million in illegal funds from Odebrecht during her 2011 presidential campaign. With their congressional majority, Popular Force voted to replace six of the seven Judges to the Constitutional Court, Peru’s highest court. President Vizcarra claimed the move was an attempt to instill corrupt judges that would favor Popular Force and help with the release of party leader Keiko Fujimori.

Vizcarra called for a vote of confidence in his government from Congress to check Congress’s trust in him, since he interpreted the installation of new judges as a shift in trust for Vizcarra’s government. Under the Peruvian constitution, if Congress rejects two votes of confidence, the president then has the power to dissolve Congress. Congressional members tried to ignore the second vote: the messenger of the vote was physically prevented from entering Congress. Vizcarra took the move as a rejection of the vote and proceeded to dissolve Congress.

With two votes of no confidence, Vizcarra dissolved Congress on Sept. 30. Peru’s legislative body now has no representatives. Vizcarra then set elections for Jan. 26 to assure the public of his intentions to allow the Peruvian people to choose new representatives. Opposition leaders moved to claim Vizcarra’s actions were unconstitutional and started a vote of impeachment on Sept. 30, which failed to reach the required majority. To regain a foothold in the situation, the opposition swore Vice President Mercedes Aráoz into presidential office, claiming Vizcarra’s presidency was void due to his violation of constitutional procedure. Aráoz’s presidency did not last more than 24 hours. She resigned the following day on Tuesday Oct. 1.

The Organization of American States (OAS), the contintental organization of the Americas, weighed in on the situation. They stated that only Peru’s Constitutional Court could decide whether Vizcarra acted within procedure.

The Constitutional Court, despite the opposition-appointed judges, proceeded to favor Vizcarra. They ruled Congress acted unconstitutionally since Congress had acted after it was dissolved. This ruling carries heavy consequences, as now Aráoz and other Congress members could face up to seven years in jail for attempting to assert political power unconstitutionally.

Many opposition leaders are calling Vizcarra a dictator attempting to throw a coup d’etat. Some are reminded of the 1990s, when the then President Alberto Fujimori suspended Congress and assumed total control of the country. Many of Vizcarra’s supporters point to his calls for early elections to show that he has not assumed dictatorial control of the country and is only taking drastic action to eradicate corruption.

Vizcarra currently holds the support of many young Peruvians as they have taken to the streets to show their support. Vizcarra is also backed by several city governors and the Peruvian armed forces. Since the dissolution of Congress Vizcarra has seen his approval rating almost double, rising from 40% to 75% according to a poll by the Institute of Peruvian Studies.

Riot police surrounded Congress on Wednesday, Oct. 2 to prevent any Congress members from getting in. Peru’s political power struggle is an on-going situation that will set precedent not only for the country, but for the South American continent.

Information for this article was gathered from nytimes.com, washingtonpost.com, bbc.com, and larepublica.pe