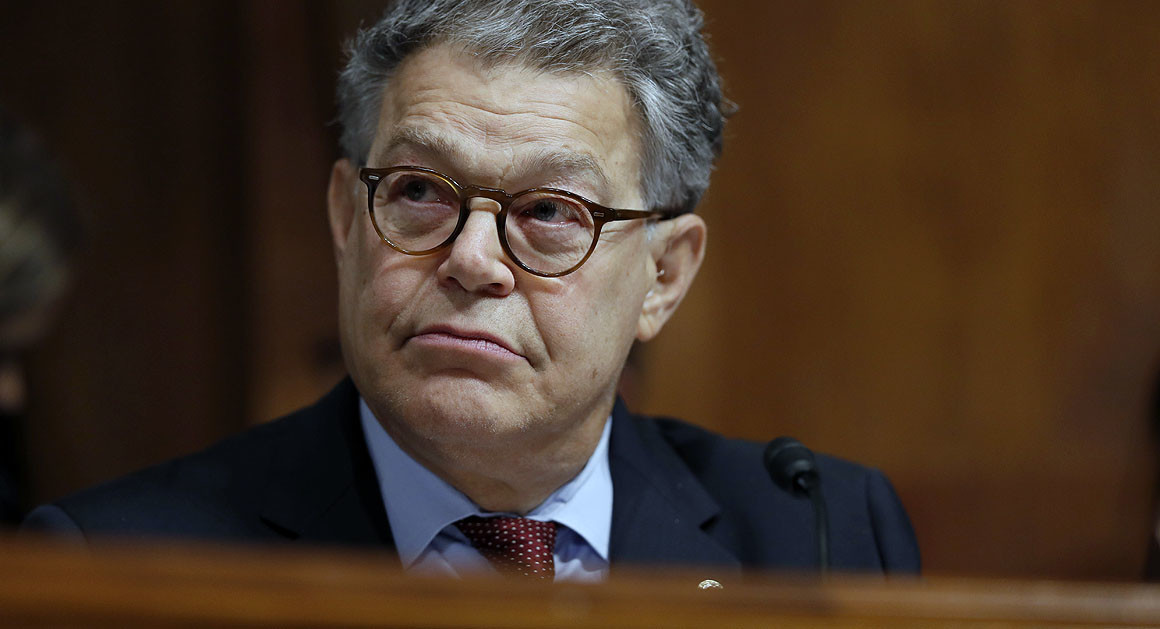 (Photo courtesy of Politico) “There’s more I want to say, but the first and most important thing—and if it’s the only thing you care to hear, that’s fine--is: I’m sorry," Franken said in a Nov. 17 statement.

Another woman—33-year-old Lindsay Menz—has accused Sen. Al Franken D-Mn. of inappropriately touching her, this time in 2010, only hours after Leeann Tweeden levied the first accusation of sexual harassment on the senator. Meanwhile, eight women, many of whom were underage at the time of the incidents, have accused former Alabama judge Roy Moore of sexual harassment and misconduct over the past several weeks.

Menz told CNN that Franken grabbed her buttocks while taking a photo at the Minnesota State Fair in 2010, while he was in office.

While her husband prepared to take a photo of Menz and Franken, Franken “pulled me in really close, like awkward close, and as my husband took the picture, he put his hand full-fledged on my rear,” Menz said. “It was wrapped tightly around my butt cheek.

Tweeden, a radio news anchor in California, said that Franken groped her—having released a now-viral image of the supposed joke as proof—and forcibly kissed her in 2006. The senator faces a potential ethics investigation by the Senate Ethics Committee.

“The first thing I want to do is apologize: to Leeann, to everyone else who was part of that tour, to everyone who has worked for me, to everyone I represent, and to everyone who counts on me to be an ally and supporter and champion of women,” Franken said in an issued statement on Nov. 17. “There’s more I want to say, but the first and most important thing—and if it’s the only thing you care to hear, that’s fine—is: I’m sorry.”

President Donald Trump, having vehemently denied the 16 women who have accused him of sexual harassment and said nothing regarding the multiple Roy Moore accusations, decided to slam Franken over Twitter.

Despite Trump having been silent on Moore, who is running for a seat in the Senate, the National Republican Senatorial Committee has severed all financial ties with the former judge and several Republicans have asked for Moore to drop out of the race.

“Innocent until proven guilty is for criminal convictions, not elections. I believe Leigh Corfman. Her account is too serious to ignore. Moore is unfit for office and should step aside,” Mitt Romney tweeted on Nov. 10.

Leigh Corfman was allegedly brought to Moore’s home in the woods and was made to take her clothes off in from of the former judge.

“I wanted it over with—I wanted out,” Corfman said about the incident. “Please just get this over with. Whatever this is, just get it over.”

Corfman is only one of eight women who have accused Roy Moore of sexual harassment. Gena Richardson said in an interview with the Post published on Nov. 15 that she had met Moore at Gadsen Mall in 1977, was asked for her number by Moore and refused. She was later called at her school by Moore to ask her out, and when she gave in and went on a date with him, was forced into a “forceful” kiss.

Moore has so far denied all accusations levied against him, and has continued to run for an Alabama Senate seat despite the growing controversy.

“The allegations against Roy Moore are deeply disturbing and disqualifying,” Sen. John McCain R-Az. wrote on Twitter on Nov. 9. “He should immediately step aside and allow the people of Alabama to elect a candidate they can be proud of.”

Moore, who had long been the favorite to win Alabama’s Senate seat, might still win the election in the state on Tuesday, Dec. 12—providing he doesn’t drop out of the race by that point. His chances may have taken a hit from the accusations, as a JMC Analytics and Polling poll found Democrat Doug Jones leading Moore 46 to 42 percent on Nov. 12, but the chances are still realistic.