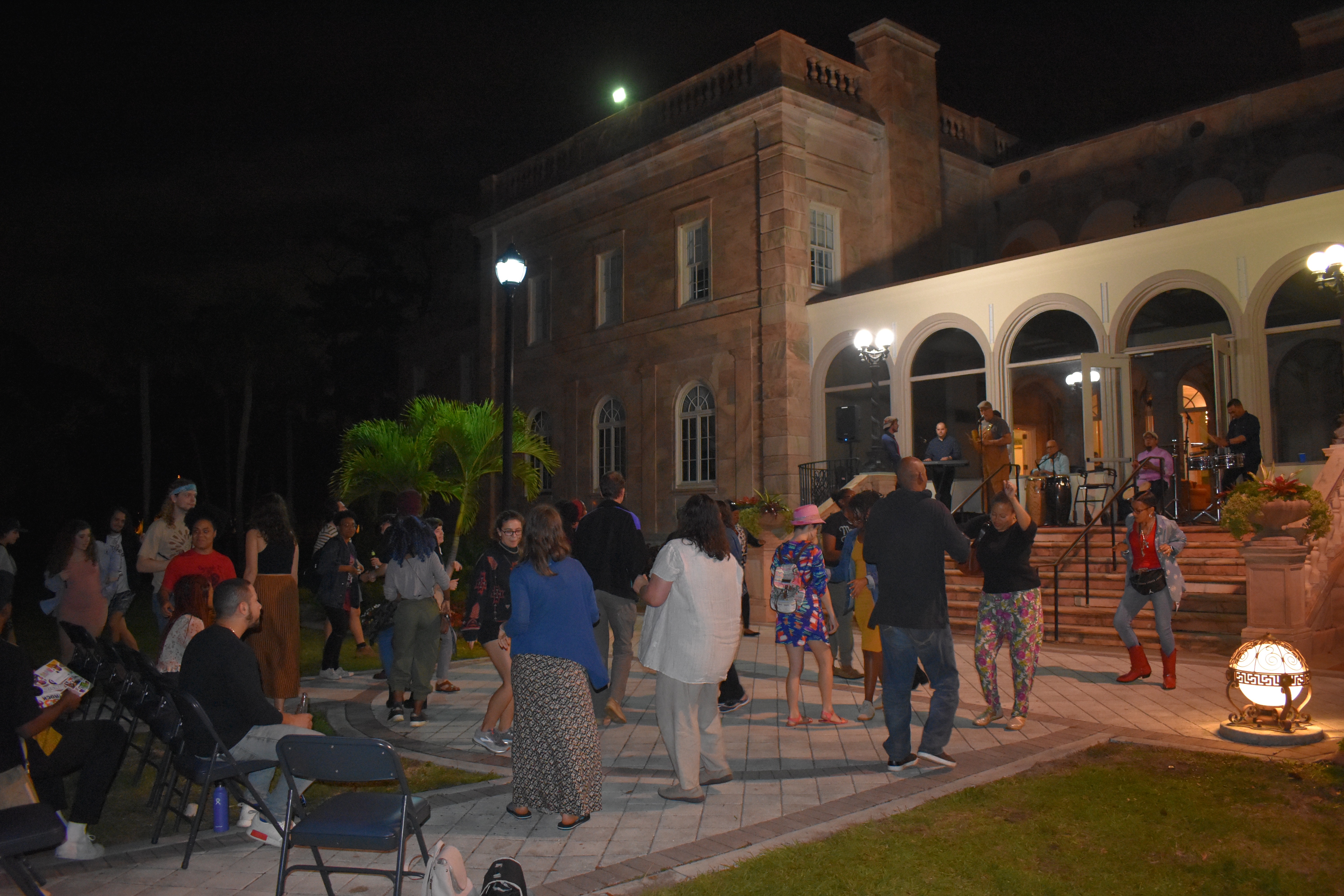 Taller de Bomba Balancé was the first to play, returning to campus after holding a workshop the night before. As performers, rather than instructors, their mastery of Bomba drumming was on full display.

Enso-Stranger, a musician from Central Florida, moved the audience with their takes on hip-hop and rap. Students gathered at the foot of the stairs of College Hall to sway along to the music and enjoy the atmosphere among friends.

“It was cool that it was a single rapper but with a band in the background,” thesis student Jordi Gonzalez said of Enso-Stranger. “The combination of the band with the rapping individual in the front was pretty cool.”

SDotBraddy returned to New College for a second time, having previously played at a Palm Court Party (PCP). As a performer, SDotBraddy made use of his space by staying in motion with his flows and regularly engaging the audience.

Finally, Guisando Caliente Afro-Latin/Cuban Jazz Quintet rounded off the evening by getting everyone dancing. All seats were abandoned in favor of swaying to their Caribbean Jazz music, which among other twists, meshed drumming and trumpet playing seamlessly. The quintet set the perfect backdrop for finishing off an evening of good music and camaraderie.