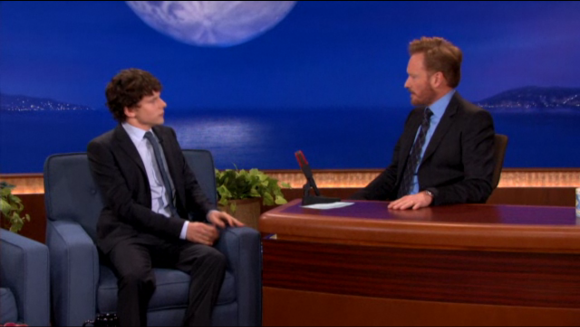 Love him or hate him, the ginger prince of late night television is back after nearly ten months off the air.

Conan O’Brien, former host of NBC’s exalted Tonight Show franchise, returned to the airwaves on Nov. 8 with a new talk show simply entitled Conan, which airs on cable network TBS. O’Brien was forced out of his job at NBC after six months when the network announced it was moving Jay Leno, the show’s previous host, back to The Tonight Show’s timeslot due to low ratings his eponymous primetime show was receiving. O’Brien left the network in response, receiving a reported $45 million in compensation. Following a massive Internet campaign where his fans and various celebrities rallied behind him, O’Brien announced that he would start fresh on TBS.

O’Brien’s new endeavor is highly reminiscent of his work on Late Night, the show he hosted on NBC before leaving to host The Tonight Show. Conan is highly free-form in nature, with a greater tolerance for tangential asides and deviations from the script writers have drawn up for that day’s show. It also features Andy Richter, O’Brien’s sidekick through much of the Late Night days, to a greater capacity than he was during Conan’s run on The Tonight Show. Conan also has a decidedly retro feel to it, with each episode featuring an avant-garde title that sometimes alludes to classic cinema (for instance, the premiere was entitled “Baa Baa Blackmail”) and the set boasts a color palette reminiscent of Johnny Carson’s run on The Tonight Show.

Much of the same schtick O’Brien is famous for is still there — the “string dance,” the self-effacing humor and the blithe sarcasm that were arguably toned down while he hosted The Tonight Show make a comeback in Conan. He clearly feels more at ease on TBS with his humor and his demeanor seems more relaxed than it was during his stint on The Tonight Show. Some of the sketches that he is most famous for, like appearances from Triumph the Insult Comic Dog and “In the Year 2000,” have yet to appear, though — rumor has it that NBC claims that those bits are their intellectual property and that they will not license them to O’Brien for this new show. Where Conan shines, though, is during the interview segments, as O’Brien clearly feels comfortable engaging his guests with non sequiturs and random questions that make the interview seem far more conversational than scripted — unlike the work of Leno, for instance.

In short, if you were not a fan of O’Brien’s work while he hosted Late Night or The Tonight Show, you will not like Conan at all — it’s basically the same show he’s hosted for nearly 20 years. But if you were dismayed to see “Coco” (as his fans call him) pushed off the air in January, this show is for you.

Those without cable television (such as most of New College) can watch Conan online at http://www.teamcoco.com.