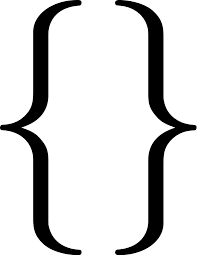 Tucked away in the crevices of a long lost Google Drive lies the New College Student Alliance (NCSA) Constitution. One of the subsections of an article entitled “Article IX III/IV—Symbols Embraced by the NCSA” states that the NCSA will recognize “[ ]” as the mascot. The two brackets can be seen on various items of New College of Florida (NCF) merchandise, and have also been adopted by a few teams and clubs, like the beach volleyball team and sailing team, that compete in off-campus events. The brackets have received occasional attention throughout the years, but have, until recently, remained unacknowledged.

On Monday, Apr. 1, Professor of Classics David Rohrbacher brought the mascot into the limelight. In an email, Rohrbacher addressed students, staff and faculty, announcing that he was putting together a committee of interested parties to help advise and guide the inception of a physical costume for the mascot. Despite some confusion over the name of the mascot, the committee is currently formulating plans for the design of the costume and hopes to see a finished product early next fall.

Rohrbacher’s email initially received mixed reactions, especially skeptical ones, as he sent the email out on April Fools Day. However, his intentions were entirely serious, and he stressed that the date of the email was purely coincidental. Whoever wanted to take part in the planning could email Rohrbacher, expressing their interest or suggestions for the project. Rohrbacher also detailed in the email that Production Manager and Technical Director of the Black Box Theatre (BBT) Monica Cross would take on the task of constructing the costume, with suggestions provided by the committee. Rohrbacher felt that, with Cross leaving the college soon, he should act quickly so that the school can benefit from Cross’ expertise while she still works at NCF.

“When University of Florida (UF) gets someone to make a new gator costume, how much do you think that costs?” Rohrbacher asked. “Probably like thousands and thousands of dollars! Once I got this vague idea, I realized we actually have a person with a lot of great solid experience in this kind of thing. When that happened, and I talked to Monica, it turned out that some people in Student Affairs and Monica had already had this general idea and were looking into it. Recognizing that, I felt confirmed that this was a good time to get something done.”

Rohrbacher did not initially intend to take up the mantle of ringleader and dictate what should be done to the participating committee members, but rather aimed to organize a group of people with varying backgrounds and experience, who embraced the unorthodox nature of NCF, to collaborate on a project that ultimately would lead to something hilarious.

“I joked a little bit in that first email, but we’re proud to be an unusual school,” Rohrbacher said. “We have an unusual mascot that’s not especially loved by all, but we have it. Maybe we can do something with it to make things better. I just really enjoy where staff and students and faculty and alumni, who are all represented on this committee, work together. The process is just as important to me as the outcome.”

The committee, which consists of around 30 members, has exceeded Rohrbacher’s expectations. He lauded the contributions made by students so far, who comprise about a third of the committee’s members.

“What’s really interested me and gotten me excited is that a lot of people have great ideas about social media, about how to use the [mascot] that’s engaging to students and to prospective students,” Rohrbacher said.

The formation of the mascot has proven slightly challenging though, mainly concerning the name. The NCSA Constitution does not give a name to the brackets detailed in Article IX III/IV, but the name “null set” has been attributed to the mascot over time. After his email, Rohrbacher received attention from various students with concerns about the accuracy of the words “null set” used in conjunction with the brackets.

“When I proposed this, a number of students from math, computer science and philosophy pointed out that in actual mathematical notation, it’s not the square brackets but rather the curly brackets that make up the empty set,” Rohrbacher said.

A page dedicated to the mascot on the NCF website explains the origin of the brackets, along with its precursor. In the 1970s, the student government drafted the Constitution and named the mascot “Brownie the Dog,” after a friendly stray dog that wandered around campus. NCSA officers in 1997 added a slew of updates to the overlooked Constitution, but could not come up with a new mascot. They included the brackets as a placeholder, until a later administration could implement a new mascot. On that webpage, the brackets are incorrectly associated with the null set, presenting an inaccurate representation of the symbols. This confusion provided some setbacks for the committee, as they cannot change the name or brackets in the NCSA Constitution. Rohrbacher expressed to students that, if they feel so inclined, they should propose an amendment to the Constitution that would clarify any inaccuracy or confusion.

Despite these obstacles, Rohrbacher hopes to move forward with the conceptual designing of the mascot soon, so that Cross can have ample time to construct the mascot, in whatever form it will take.

“It’s my hope that Monica will provide maybe three or four different possible models,” Rohrbacher said. “I suggested that it include both kinds of brackets. I want people to feel comfortable and feel good about what it is. If we do have these sketches, I’m going to see if we can have them on display in a public place so those who aren’t members of the committee can give some feedback.”

While the brackets or null set might not appeal to every student or prospective student, Rohrbacher feels that the committee’s shared creativity should help produce a concoction that will minimize any disdain.

“If we can raise the cleverness quotient, I have to think that’s going to put off fewer people anyway,” Rohrbacher said.

For their future plans, the committee will deliberate on the designs of the potential costume and contact Cross accordingly when a decision has been made.

“We are going to give Monica the summer to build the thing, whatever it looks like,” Rohrbacher said. “We need to decide before the end of the school year what plan Monica is going to follow, and then roll it out in the fall, at orientation or something like that.”

The committee plans to update the campus population whenever they reach certain steps in their development, so as to not leave anybody in the dark as they create the mascot.

People still interested in joining the committee can email Rohrbacher at rohrbacher@ncf.edu.

Information for this article was gathered from ncf.edu and ncfsailing.com.