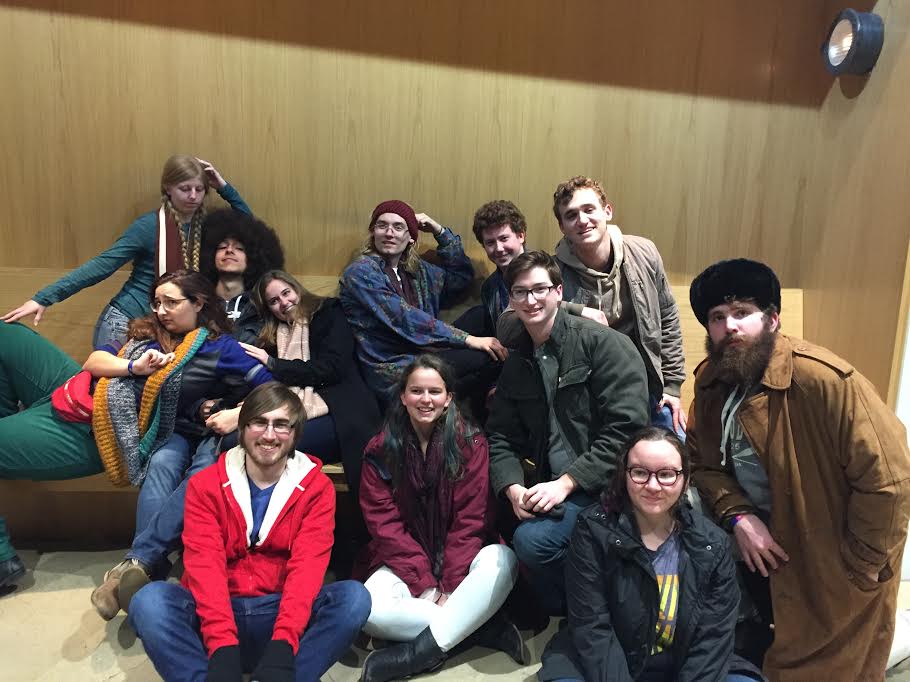 "We have such a weird humor," second year Alba Abrams said. "I think that's why we won in the beginning, we're just having fun."

The Comedy Friends went to Chicago. For real this time.

Out of 129 teams, the New College improv outfit were named one of the top five in the nation, when they proceeded to win at Super Regionals in the 10th annual College Improv Tournament.

The best 15 college improv teams from around the United States met in Chicago on Feb. 25 to compete in a March Madness style tournament. These 15 teams improved their way through five semifinals, with the best team from each of five regions moving on to the final round.

Teams from across the nation competed in round after round of side-splitting sketches at the Vittum Theater in Chicago’s West Side.

The Comedy Friends were chosen as the winner of the South Super Regional round, knocking out Georgia Institute of Technology’s “Let’s Try This!” and Texas Christian University’s team “Senseless Acts of Comedy.”

Second-years and Comedy Friends co-facilitators Alba Abrams and Austin Gray, thesis students Jacob “Qake” Cooley, Zachary Conn, Francesca Tignor, and third-year James von Hollen made up the six-person team which would go on to be named fourth in the nation.

“We were the only group that didn’t have a coach,” Abrams said. “We just teach ourselves and give each other critique and advice.”

In preparation for competitions and performances, the Comedy Friends meet twice a week to practice improv by playing games. But they don’t prepare too much.

“That’s what makes always makes bad improv, when you think about it too much,” Abrams said. 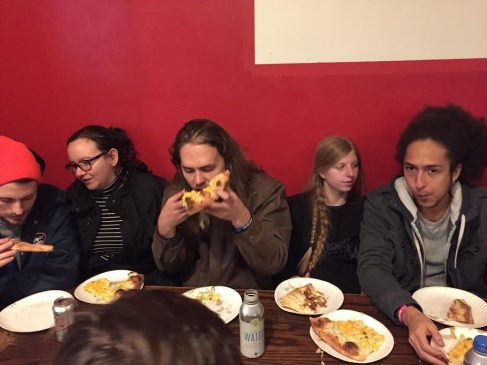 The whole Comedy Friends troupe of 12 people traveled to Chicago. The Student Allocations Committee (SAC) funded 75 percent of travel costs for students to fly to the tournament. The Comedy Friends also fundraised through an Indiegogo campaign to pay for lodging while continuing to hold free performances on campus.

“We were just honored to be in the same competition as them,” Abrams said.

Third-year and Comedy Friend Joseph Estevez helped stream the live feed of the tournament finals in the Old Mailroom. “I think it was really cool that we were able to see the competition at all,” Estevez said in an email interview. “I had to pay like five dollars to access the stream but it was nice for our troupe’s little “fandom” to come together and watch the team compete with a bunch of other great comedy groups from the US and Canada. I really liked learning about how groups from different regions had different styles and I’m really proud that we were able to represent a ‘Floridian’ comedy a lot of people watching the competition likely weren’t exposed to previously.”

The Comedy Friends made it all the way to Chicago by competing in local tournaments against nearby schools. They split into two six-person teams to compete in separate preliminary rounds, the Milk Routine and the Chuckle Buddies, after being too large of a group when competing last year. Both teams ended up in the regional finals, but had to face off against each other to move on to Chicago. After battling Comedy Friend against Comedy Friend, The Milk Routine went on to win the Southeast Regional at Florida Studio Theater on Nov. 19, 2016. 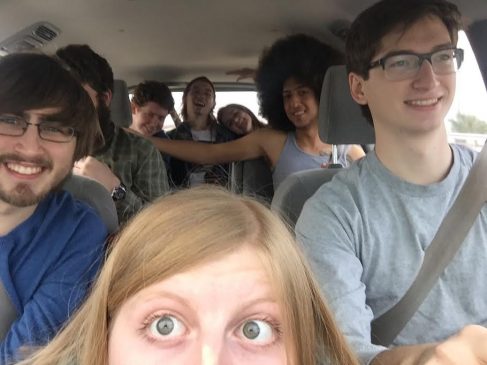