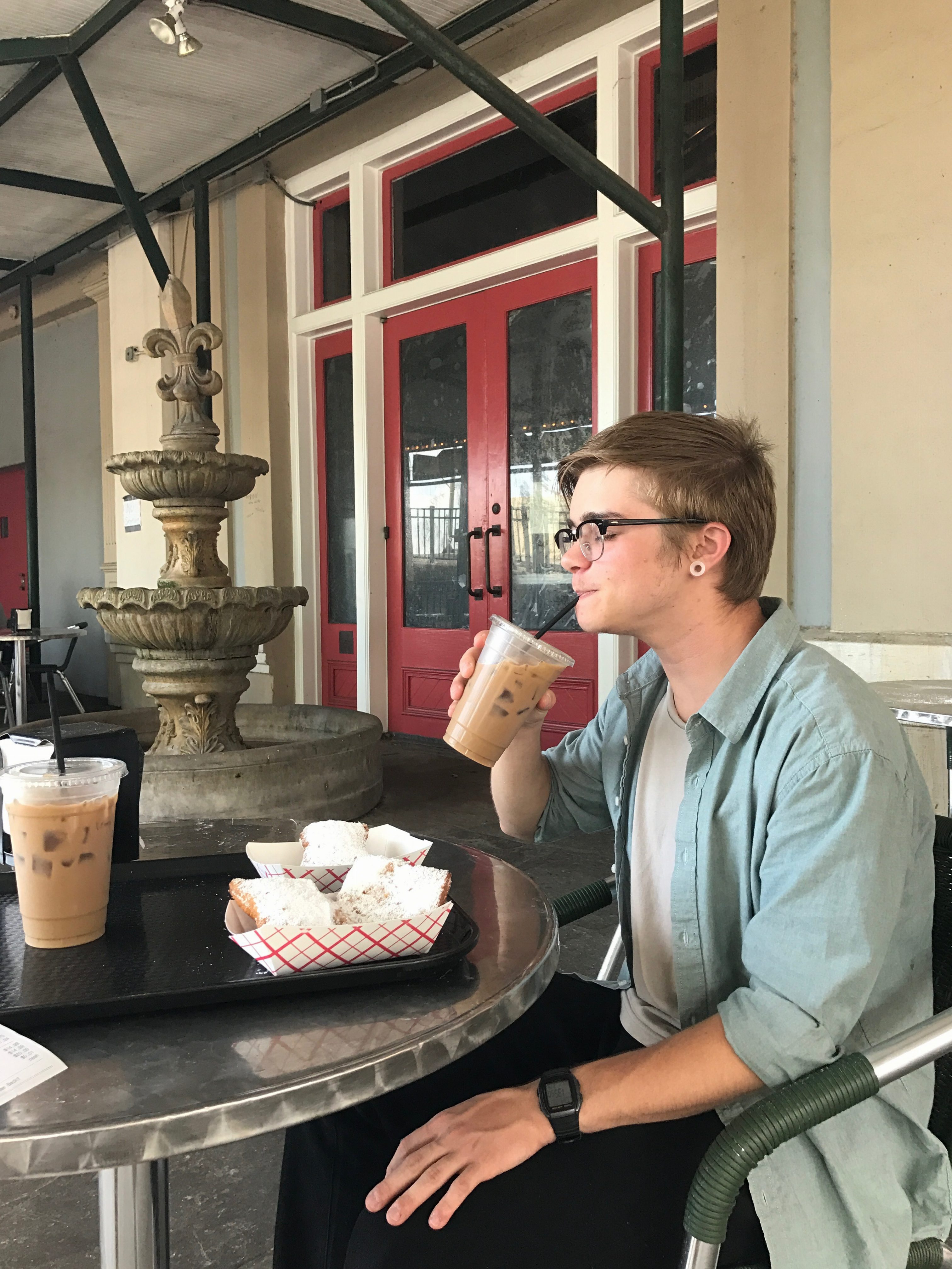 When I first posed the idea of a cross-country road trip to my parents, they told me I was naive. Transfer student Benjamin Cook and I originally planned a trip to Colorado, but as spring break drew near, we realized that our plan was in fact just that. We were still determined, however, to visit places we had never seen before without spending too much money, so we decided on New Orleans and the east coast of Florida.

We planned to leave on Saturday, Mar. 25, the day after midterm week. There’s a decent amount of preparation that must be done before embarking on a trip of this distance: in addition to saving up some money, finding a cheap Airbnb and gathering snacks for the road, we had to make sure that my car’s oil was changed and that my title and insurance were both up to date.

We also had to pack our bags for a week away, grab some blankets and pillows and double check that we hadn’t forgotten anything. By the time we finally got on the interstate, it was around 9:00 p.m.

We drove through the night because I was so determined to leave on Saturday. In hindsight, it might’ve been nicer to just leave the next morning, but I feel like the events of the night were part of the overall experience. Nonetheless, we were headed for Mobile, Alabama, where my big sister, Sydney, was recently relocated to by Whole Foods.

Mobile isn’t a place that either Ben or I was particularly interested in visiting, but it’s hard to pass up a free room, free food and the chance to see family. We arrived at my sister’s house the next morning, after stopping to nap in the parking lot of an unaffordable hotel. We spent the day resting after the eight-hour drive, and the night hanging out with Sydney and her boyfriend, Seth. The next morning, we drove two hours to our Airbnb in Metairie, Louisiana, a ten-minute drive from central New Orleans.

We booked our Airbnb for two nights, so we had a limited amount of time to experience the city. The first thing that we did was visit the New Orleans Historic Voodoo Museum. The building was small and quaint; it definitely represented the style and culture of New Orleans.

There are two medium-sized rooms and a hallway, each full of art and history. We learned about Marie Laveau, voodoo, rituals, altars and how voodoo dolls are traditionally meant for good – for love, luck and comfort. In addition to all of the art and voodoo items, there were dollar bills, coins and other personal belongings that tourists left behind for good fortune.

After the voodoo museum, we wandered around the French Quarter for an hour or so and familiarized ourselves with the general feeling of the city. From there, we decided to save money by making dinner at our Airbnb. Because Ben and I are both underage and kind of antisocial, we decided to stay in for the night.

The next morning, we undertook a more thorough exploration of the French Quarter. We started with beignets and coffee for breakfast, then headed to Jackson Square, where we listened to various musical groups. On one side of the square, a visiting middle school orchestra played classical tunes. On the opposite side, a local group of jazz musicians belted out loud, brassy jazz riffs. The square was filled with lively sounds. We then walked through a small French market, full of local art.

After spending a few hours in the French Quarter, we made our way to Uptown New Orleans. Here, we saw various picturesque houses and did a lap through Audubon Park. After relaxing and swinging in the park, it was time for dinner. Once again, we took advantage of the kitchen in our Airbnb and had an easy night with pizza, fresh baked cookies and homemade ice cream sundaes.

The next morning we cleaned the apartment and headed towards our next destination: the east coast of Florida.

We broke up the lengthy car ride by stopping at Pensacola. Here, we visited a really interesting park with wooden pathways: Bay Bluffs Park. This park is right on the water and has a railroad track that crosses through it.

From there, we made our way to St. Augustine, only to be disappointed that entrance to Castillo de San Marcos would have costed $10 each. Nonetheless, we explored the city a bit and took a walking trail tour at Fort Matanzas.

After visiting St. Augustine, we headed south towards Flagler Beach and Ormond Beach. I’m not sure exactly where along the coast we ended up, but it wasn’t as far south as Daytona Beach. We went to the store to purchase some beach supplies and Pub-subs and enjoyed an entire day on some beach somewhere. As the sun was setting, we drove back to my house near Tampa.

It was awesome to be able to explore so many areas that neither Ben nor I had ever visited. The trip didn’t cost too much money; most of the expenses came from gas, the Airbnb and food. With the right planning, however, a trip like this is definitely doable.

This might sound kind of pretentious, but this trip gave me time to think about the world and conventional societal structures. Returning to routine seems difficult after doing nothing but living for a week. Breaks are great, but I sure wish they lasted longer.