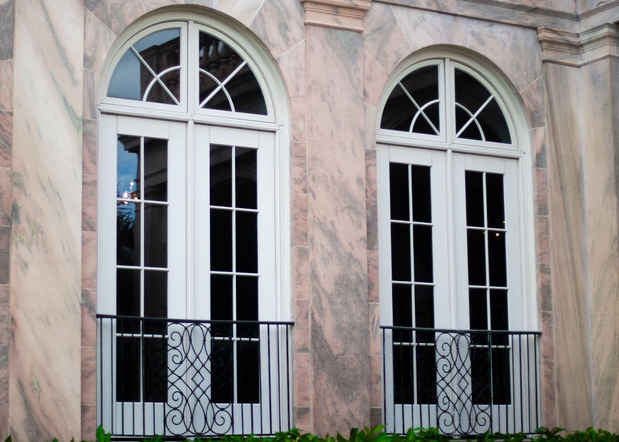 College Hall has always been the flagship sight to see for students attending New College . In 1962—two years after New College was founded—Sarasota trustees were given the opportunity to purchase this aged building that is now an essential part of the campus. The now Academic and Admissions Office was formerly owned by Charles and Edith Ringling—who also were in possession of The Ringling Bros. and Barnum and Bailey Circus. Many sites in the city of Sarasota are named after both Ringling brothers, but after taking a peek at the art and architecture of this mansion, the rich amount of history and Sarasota culture attached to it shines.

Professor of Anthropology Uzi Baram treasures the history of the building where he spends most of his time teaching students. The Catalyst had the opportunity to speak with Baram regarding College Hall’s past, much was revealed about the motivations and developments pioneered by the Ringlings.

Charles Ringling’s relationship with College Hall was a short but profound one. In 1899, Ralph and Ellen Caples—friends of the Ringling brothers—arrived in Sarasota after hearing of the potential the city had to grow and flourish. The couple built the famous Caples Mansion that same year, and after some time, encouraged the Ringling brothers to join in building nice homes alongside them. Charles and Edith Ringling spent much money and effort in building what was known at the time as the Ringling Mansion and completed construction in early 1926.

The materials and labor spent into the architecture of College Hall were brought over from multiple parts of the country. Personal workers of Ringling were brought over all the way from Winsconsin to build the mansion, and the marble that presently makes up the original state of the building was irrigated by boat from Georgia through the Apalachicola River. On the second floor of the mansion, the Ringlings had a gate built in front of the bedroom area entrance in fear that the servants would enter and steal from their belongings—which still can be found in what is now the hallway to get to present classrooms.

Nine months after the Ringling couple moved into their new luxurious home, Charles Ringling passed away on Dec. 3, 1926. His wife continued to maintain the position as one of the Board of Directors for the Barnum and Bailey Circus, and both herself and her daughter lived there for several more decades. Edith Ringling then died in 1953.

The Ringling Mansion was quickly sold to a Pennsylanian family who lived there for a few years, but was shortly after given by trustees to New College—which was only a concept at the time. At the start of New College’s journey, College Hall became its classrooms, dining rooms and student center, but then transformed into the school’s library in 1966. Within a document provided by Baram entitled An Opportunity To Convert The Charles Ringling Mansion Into The New College Library, the institution proposed:

“Moreover, the mansion lends itself very practically to conversion into a library. Its sound steel-framed and poured concrete construction assures adequate strength for support of book-stacks, easy and inexpensive room arrangement remodeling, the installation of air-conditioning and other necessary equipment for its use as a library.”

After the transformation was complete, former classrooms spread to other locations near the bayfront—such as the present Four Winds Cafe and the Bon Seigneur House; however, once the residence of New College spread, said classrooms were demolished or repurposed.

Since 1986, College Hall has served its current function on campus when it first was deemed an academic building. Ten years afterwards, the University of South Florida (USF) invited an interior company to create an exhibition of murals along the rounded staircase connecting the mansion’s first floor to its second, which is commonly misconstrued as an effort of Charles Ringling to decorate his home. Photos of the history and prominent figures related to the Ringling Mansion are in frames and are displayed proudly around the mansion.

Today, Charles Ringling’s bedroom serves as a small classroom, and Edith Ringling’s bedroom serves as a faculty office. Between the two former bedrooms is now a seminar room, and the connecting upstairs hallway is home to faculty offices. Downstairs, what was the dining room is now used by admissions, and the music room still serves the same purpose as it once did. Not only is College Hall just the home to New College classrooms, but it now serves as a perfect bayfront venue as well as an entertainment space. As a matter of fact, the year 2026 will be the centennial of College Hall’s creation.