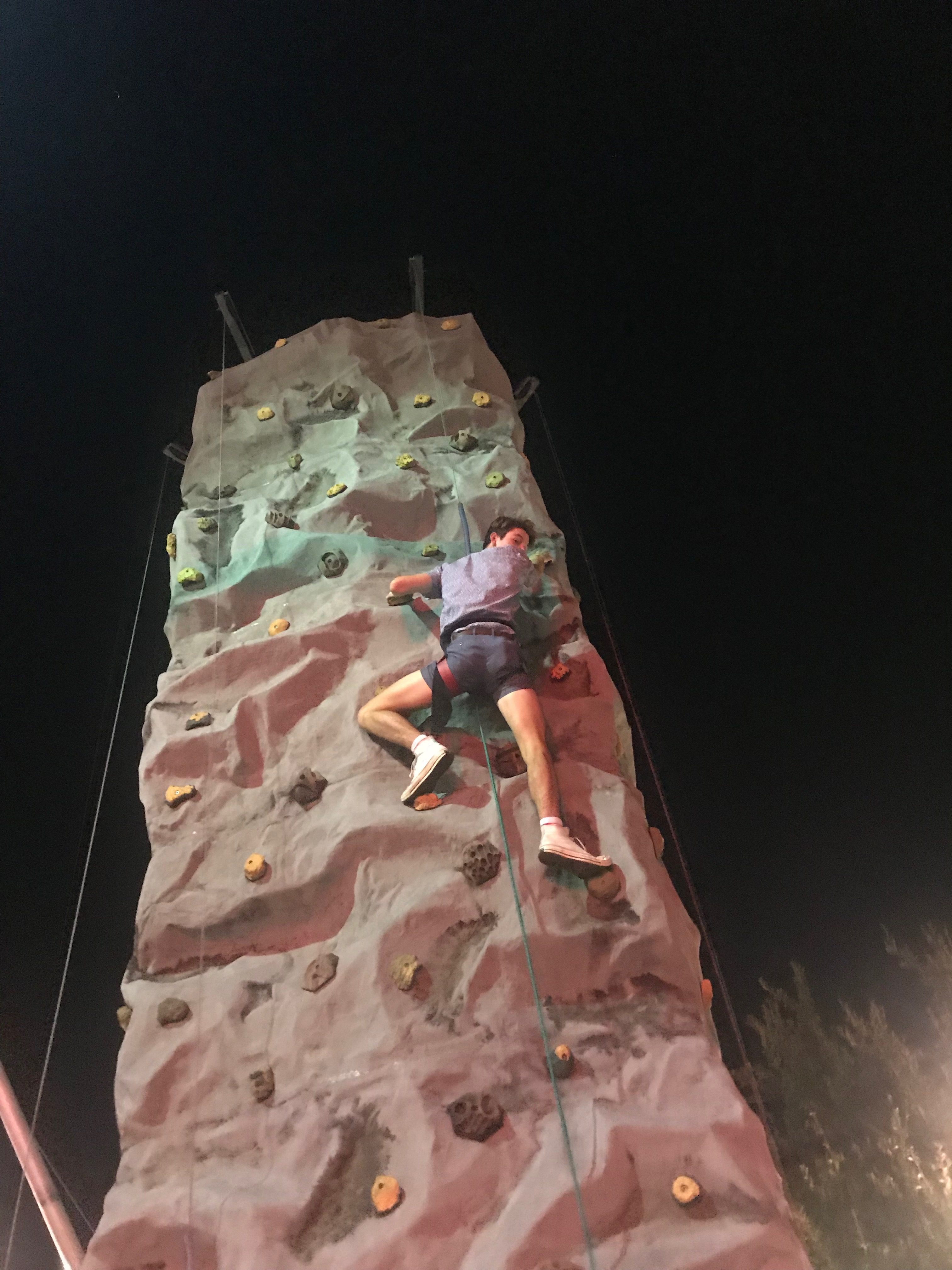 Eager to rekindle the interest in rock climbing on campus, climbers gravitate to a school where big banyans with sprawling limbs and swaying hammocks are scattered across campus. Despite the flat, swampy lands of Florida bereft of mountains, a subculture for the adventure sport is growing

First year Gus Frank wants to start a rock climbing club on campus. “We would drive up every weekend to Vertical Ventures in St. Pete and have weekly rock climbing specific workouts in the gym.” Frank said.

“There’s an app where people can post custom routes,” Frank explained. “There’s a whole moon board community with tens of thousands of routes.”

If enough people are passionate about climbing and willing to invest, the rock climbing club may be able to build a moon board with custom holds for the campus.

Newcomers and those interested in starting to rock climb should not be put off by inexperience. The club would only use the hangboard provided by the gym. Individual gear, such as rock climbing shoes, harnesses, and chalk bags are all optional.

“I like it because it’s challenging [and] pushes your physical and mental boundaries.” Krell said. “It’s satisfying to see places that go unseen by most.”