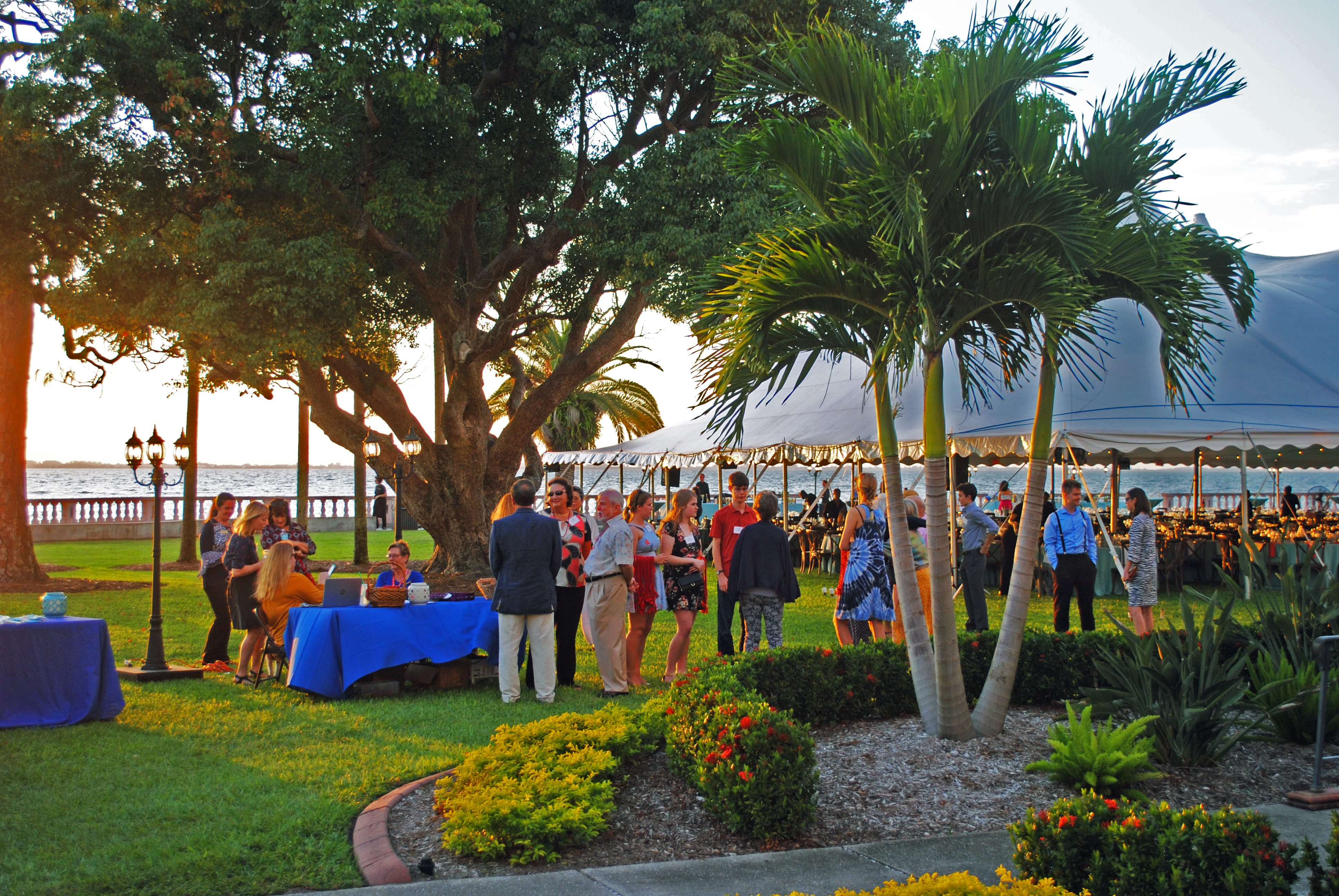 Photo courtesy of Vianey Jaramillo The Clambake now takes place at the bay, but it was once held at a local beach.

The Clambake, a traditional annual fundraising event, held its 41st celebration Thursday, Nov. 7 at the bay. Approximately 390 guests networked among themselves, chatted with invited students and reminisced about when Clambake was held at a beach along Longboat Key. The event raised $318,000, which will be used for student scholarships. This annual tradition began as a way to celebrate New College’s mission, values and local impact and shifted to become a fundraising event when the Foundation realized its potential as a source of scholarships. Clambake was originally held at the beach, but after some campus renovations, the event organizers decided to host it at the college.

Though Clambake is a major fundraising event, it is also an opportunity for local sponsors and donors to meet the students they are helping.

“The whole purpose is to have people talk to students, hear your story, hear what you think about New College and it’s all really what your experience is,” MaryAnne Young, executive director of the Foundation, said. “Because they want to know who they’re helping.”

Clambake is a semi-casual event with complimentary cocktails and an ample buffet featuring whole lobsters. Attendees were welcomed to roam free as they networked and dined.

“It’s meant to have a lot of community and conversation,” Young said.

The guests came from different backgrounds. Some are local business leaders, longtime donors and/or alums. Some of the attendees were first-time goers, while others have participated since it started. A few travelled from out of state, but most live locally.

After the attendees munched on the Boston creme donuts the armada of waiters served for dessert, third-year Jas Marie spoke to the crowd. Marie recalled how she maintained an A-average in high school after she went into foster care during her senior year. Her story received a standing ovation and shined light on Clambake’s purpose.

Auctions and traditional paddle raises were the main fundraising elements of the event.

Three big events were auctioned off: a three-night stay at the St. Regis in New York City, a four-night stay at a house retreat in Santa Fe and a dinner for 10 at Micheal’s Wine Cellar with Donal O’Shea.

Over the past several years, Clambake has increased its funds due to better scholarship advertising.

“You usually raise more money on a big anniversary year—people went all out last year and we had some really huge sponsorships that we won’t be able to repeat this year,” Young said. “Partially because [one sponsor] passed away and she gave us $40,000 for the 40th anniversary in scholarships.”