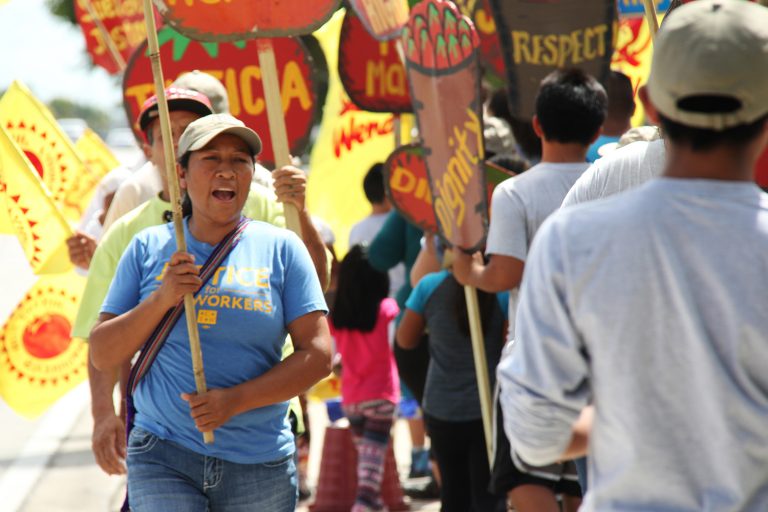 The Coalition of Immokalee Workers (CIW) women’s group has announced a new education and action campaign called “Harvest without Violence” to address issues of sexual harassment and assault against women farmworkers. The campaign is part of the broader Boycott Wendy’s movement.

For this campaign, CIW will construct a mobile museum that will “shed light on the long-hidden history of sexual violence that takes place virtually without consequence on farms outside of the Fair Food Program,” according to the CIW website, referring specifically to fast food chain Wendy’s refusal to join the Fair Food Program. The mobile museum will also highlight the successes and progress of women farmworkers along the East Coast.

The campaign includes a protest at the Wendy’s headquarters in Dublin, OH, on Oct. 23 and a protest in New York City on Nov. 20.

In addition to Harvest without Violence, CIW and the Student/Farmworker Alliance are calling for a national week of action, Oct. 21-28.

Information for this article was obtained via boycott-wendys.org and ciw-online.org