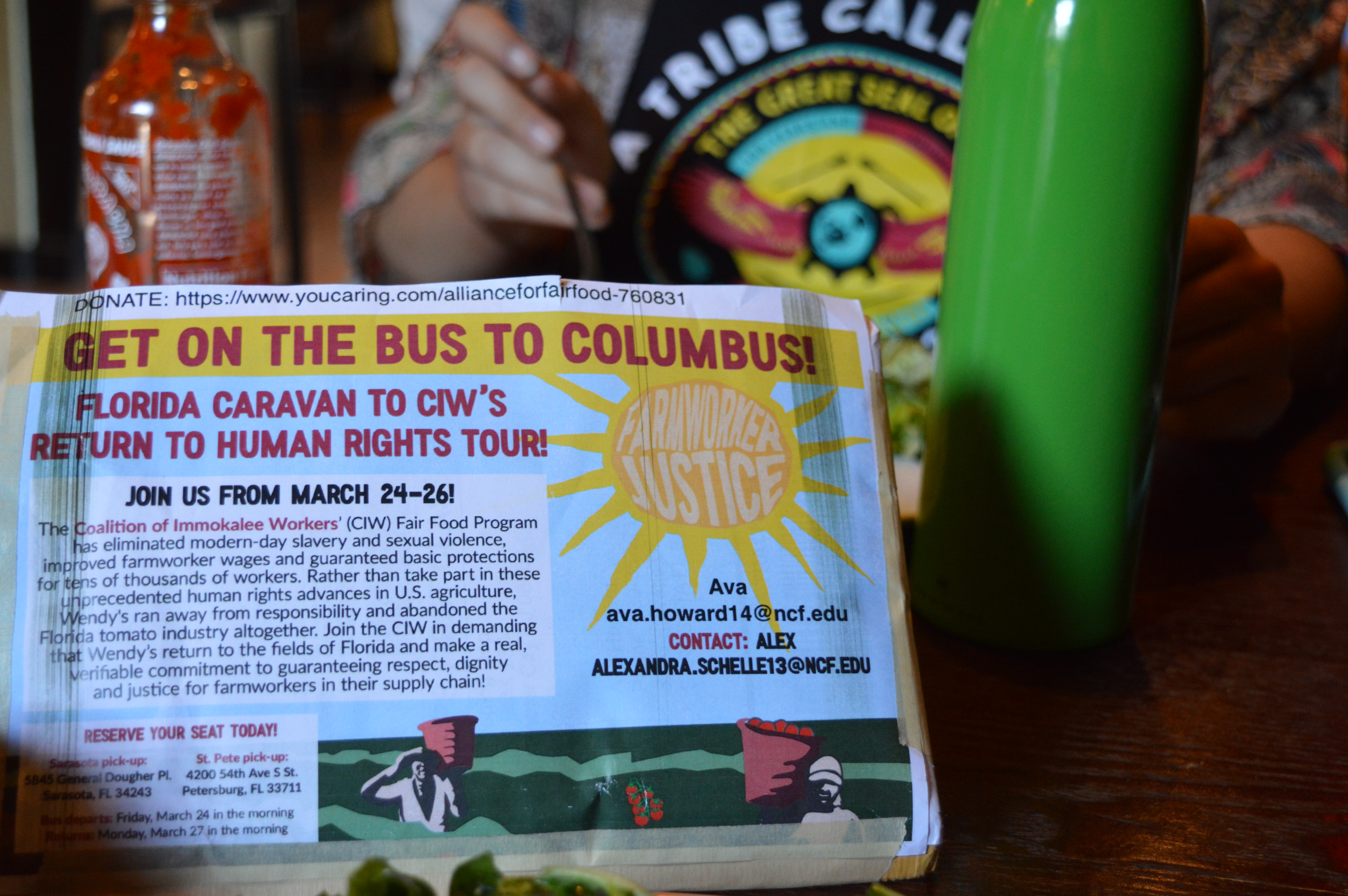 The CIW fundraiser event featured a vegetarian friendly dinner and discussion on the CIW.

A fundraiser for the upcoming CIW Florida Caravan to Columbus, Ohio, over Spring Break occurred on Saturday, March 18 at the Green Bean Coffee House.

“We will be joining thousands of farmworkers and allies at the Wendy’s headquarters to demand farmworker justice from the final fast food holdout (in joining the Fair Food Program)!” was written on the Facebook event.

The fundraiser, which began at 5 p.m., featured a discussion about the upcoming trip and the Coalition of Immokalee Workers (CIW) and the fight for fair wages and labor conditions. Dinner included a vegetarian curry and salad with water and sweet tea. Both New College students and local Sarasota residents were in attendance.

Attendants were asked to arrive with an entrance donation of $5-100 that would directly go towards the bus that will transport New College students from Sarasota to Columbus on March 24 in order to attend the CIW Return to Human Rights conference on March 25 and the demonstration on March 26. The demonstration in Columbus will take place at the Wendy’s franchise headquarters, as Wendy’s is currently the only major fast food chain that has refused to raise the salary of farmworkers whose produce they use for their business.

Students interested in registering for ColumBUS can join by contacting Catalyst reporter Cassandra Manz at cassandra.manz15@ncf.edu ; Ava Howard at ava.howard14@ncf.edu ; Alex Schelle at alexandra.schelle13@ncf.edu; or Rachel Vititoe at rachel.vititoe15@ncf.edu.