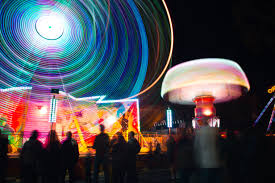 Music festival attendance has risen to indisputable popularity in recent years. After saving up for months for outfits and tickets, attendees seek to kick back and enjoy the acts. However, it is clear that not everyone can completely relax, as 90 percent of female concertgoers surveyed by OurMusicMyBody reported experiencing sexual harassment at a music festival.
In response to allegations of rampant sexual harassment at music festivals in Sweden, Swedish comedian Emma Knyckare tweeted: “What do you think about us putting together a very cool festival where only non-men are welcome and that we host until ALL men have learned how to behave themselves.”
According to Statement Festival’s official website, hundreds of people contacted Knyckare and the conversations led to the development of the two-day music festival. True to the original intent, only women, non-binary and transgender people were admitted to the event. Those involved and those who attended cited the issue of safety as the reason for barring cisgender men from the event.
“You have to hold your keys in your hand like a weapon. You have to hold your cellphone in your hand ready to call the police,” Statement Festival performer Stina Velocette said of the general experience of non-men attending these events. The festival, which took place from Aug. 31 to Sept. 1, is currently under investigation regarding whether it violated Sweden’s Discrimination Act. Clas Lundstedt, due to several complaints, mostly by cis-men.