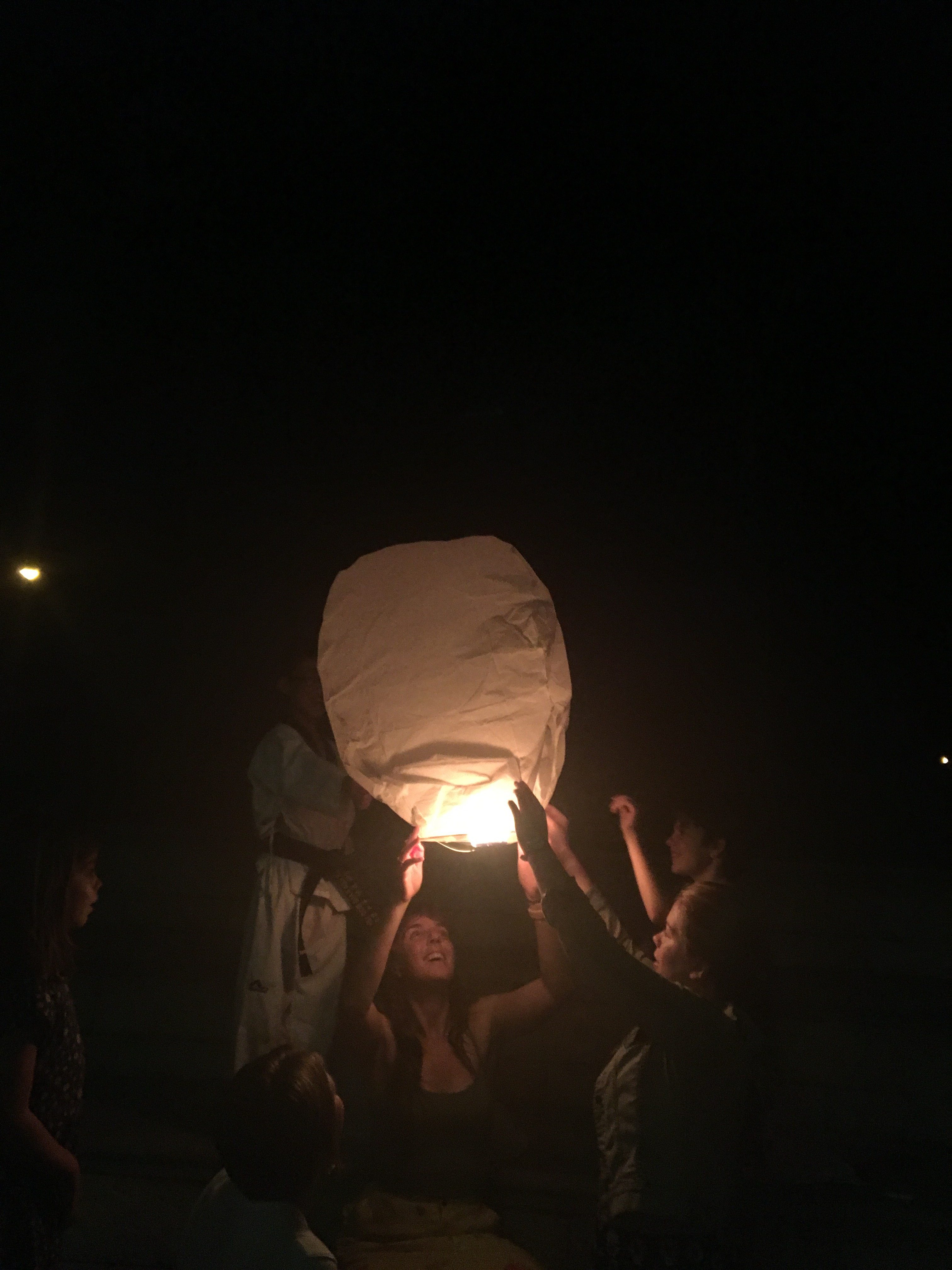 On a clear spring night, the first full moon of the Lunar calendar glowing above, students and professors flocked to Z-Kitchen to celebrate the Chinese Lantern Festival, or yuánxiāo jié. Tracing its roots to Buddhist traditions in ancient China, the Lantern Festival marks the end of the Chinese New Year and serves as a time for family and friends to come together. Members of the New College Chinese program and community enjoyed the chance to engage with Chinese culture and release lanterns into the night.

Festivities commenced with an opportunity for students to wrap dumplings before boiling. Students crowded around a table set with special dumpling wrappers and fillings, eager to contribute. While waiting for the dumplings, various Chinese snacks were provided, such as White Rabbit Creamy Candy, rice crackers and spring rolls. Attendees could also enjoy special glutinous rice balls traditionally eaten during the festival, called tangyuan or yuanxiao.

“This is not only a meaningful event for Chinese-speaking communities, but also for the whole of East Asia,” Zhang said. Commenting on the significance of the glutinous rice balls, Zhang added, “Making yuanxiao is a family thing, just like making dumplings. It takes the whole family to prepare.”

“This is a great opportunity for New College students to get involved with the Chinese program,” Li said. “It’s just a fun event!”

The evening offered myriad activities for attendees, including a calligraphy showcase by Chinese Calligraphy tutorial participants and first-years Keilon Sabourin and Andrew Westbrook. A wall of riddles challenged festival-goers, including “This is as light as a feather yet no man can hold it for long. What am I?” and “What’s full of holes but still holds water?” Students could also write notes to their friends in red envelopes, or hóngbāo, wishing them happiness, luck or wealth.

Fulbright Chinese Teaching Assistant (TA) Jingou Yang, who organized the event, tried to provide an authentic experience of the event for the New College community.

“Like many other Chinese festivals, we prepare lots of food, we try to solve as many riddles as possible and we set off lots of firecrackers,” Yang said. “There is also a Gala showing on TV as well, which provides an excellent opportunity for families to enjoy together.”

The CCTV New Year’s Gala, or the Spring Festival Gala, has the largest viewership of any entertainment show in the world. According to Time magazine, the Gala draws approximately 700 million viewers every year.

Music was provided by thesis student and Chinese Language and Culture Area of Concentration (AOC) Lorelei Domke, who helped Yang facilitate the event. Trap songs by The Higher Brothers, a Chinese hip-hop group, gave the festival a contemporary twist. Putting together the event also engendered nostalgia from the organizers.

“For some of us in the Chinese program, we were in China during festivals like these,” Domke said, “so it’s fun to bring back what we’ve learned and show people the culture.”

Indeed, with over 50 attendees, the festival was enjoyed by many without a connection to the Chinese program.

“It’s important that not only the students who study Mandarin get to experience the Chinese events that we hold, but also all of the other students at New College,” Naimul Chowdhury, a graduate student in the Data Science program, said. This year’s Lantern Festival was Chowdhury’s third time helping organize the event, and with a new Fulbright TA each year, the festival has experienced different iterations.

“[This festival] makes me remember all of the Fulbright TAs we’ve had in the past,” Chowdhury said. “We make a lot of memories for people at these events.”

As the festivities came to a close, attendees gathered in Z-Amphitheater to release biodegradable lanterns into the dark sky.

After a long night of ensuring food preparation and activities went smoothly, Yang wrapped up the event satisfied and relieved.

“It went on very successfully,” Yang said. “I have never prepared food for this many people. I was quite nervous, but students in the Chinese program were very helpful. I would also like to thank the Student Allocations Committee (SAC) for funding this event.”