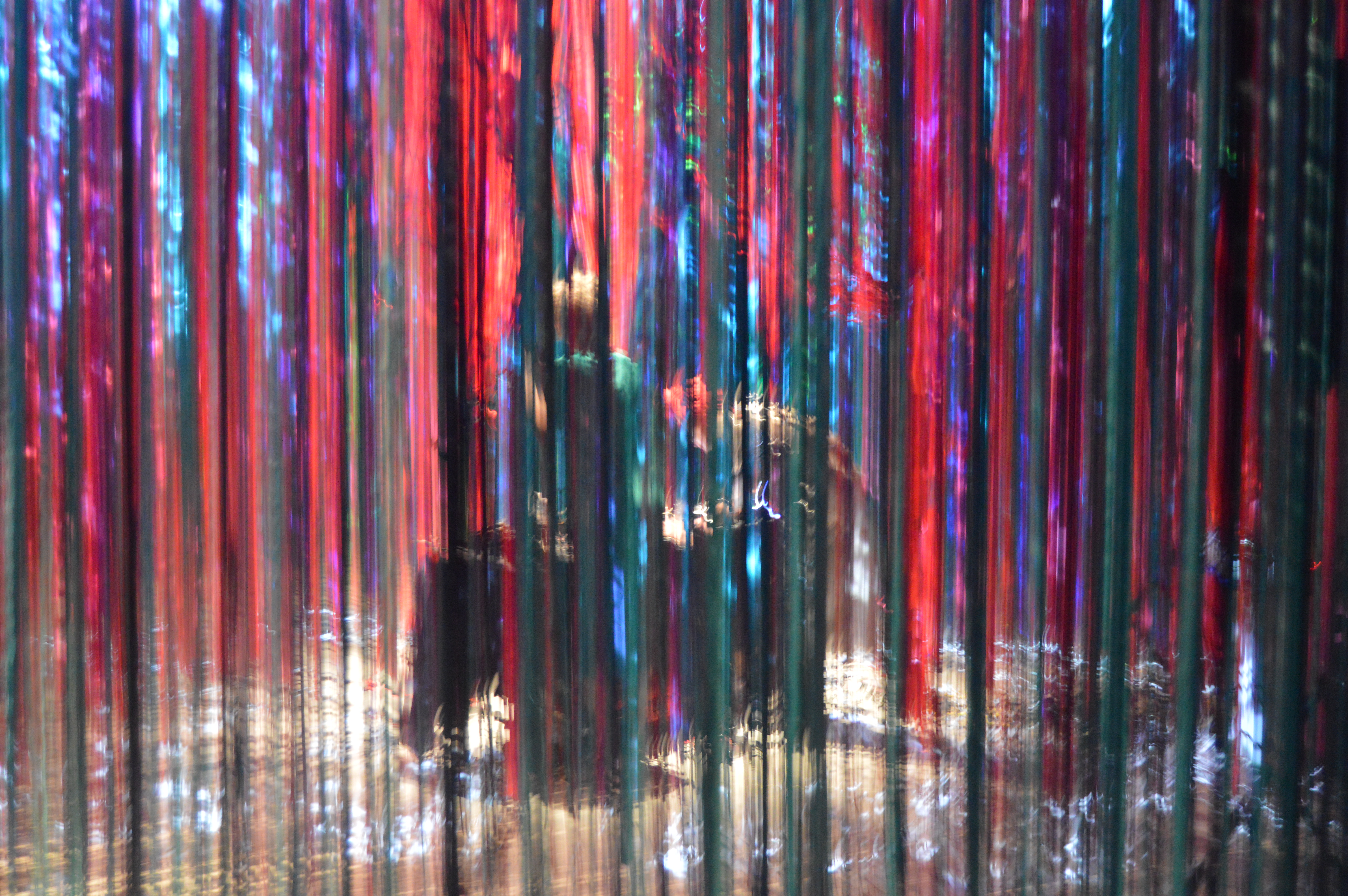 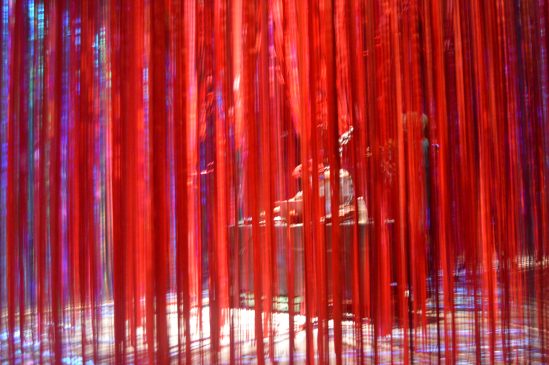 Brooklyn-based artist, CHARGAUX, put on a pre-Ringling Underground performance. They performed in Anne Patterson’s Pathless Woods, an interactive, multimedia installation. Paterson’s pieces featured multicolored ribbons in a dark room.  CHARGAUX consistently mix visual and audio art. Both Charly and Anne Patterson have synesthesia – they are able to hear colors – so Patterson’s work is a perfect space for CHARGAUX to perform.

The group consist of violinist Jasmin “Charly” Charles and the violist Margaux Whitney. The show was held on March 2 at the Keith and Linda Monda Gallery for Contemporary Art at The John and Mabel Ringling Museum of Art. There was also a gallery walk at 11 a.m. and 5 p.m. where CHARGAUX played in front of artwork, so that visitors can experience visual art it an audible way.

“They actually selected pieces that they are interested in, in our collection, and they are going to play in front of them,” Ringling project manager Sonja Shea said. 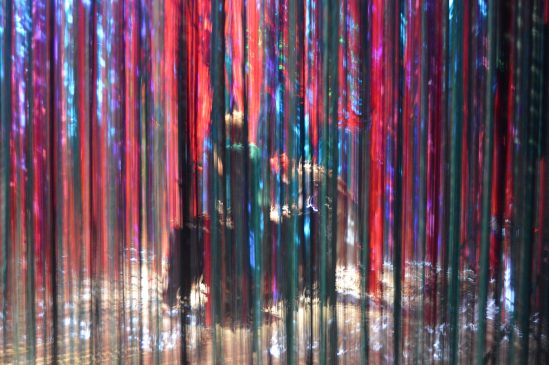 “Our curator of education will give the art historical references and [CHARGAUX] will have a conversation about how the visual art has impacted them as musicians.”

“CHARGAUX does covers and they also make their own music,” Shea said. “They have become this amazing partnership duo. […] They have also done partnerships with very interesting DJs who will scratch their music as they play.” 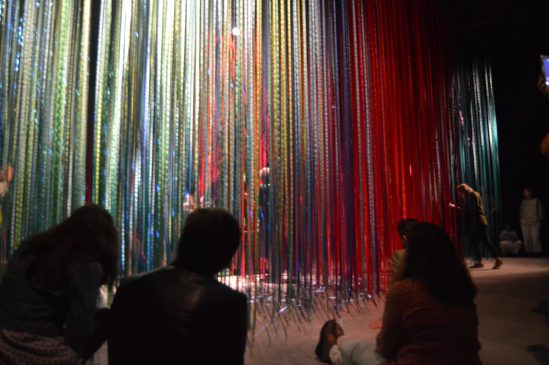 CHARGAUX has been featured on Kendrick Lamar’s Grammy Nominated album “Good Kid m.a.a.d City” as well as works by Schoolboy Q and J Cole. CHARGAUX has also gained popularity for covering artists such as Beyoncé, Kanye West and Rihanna classically.

“When [Chargaux] create their music,” Shea said. “They use [synesthesia] to map it out, so the fact they are going to play in this gallery that had the same reason behind it, is going to be a really cool collaboration.”

Ringling often invites noted performers from all over the world. NCF students are offered tickets at discounted rates. Check out the coming shows online.
http://www.chargaux.com/