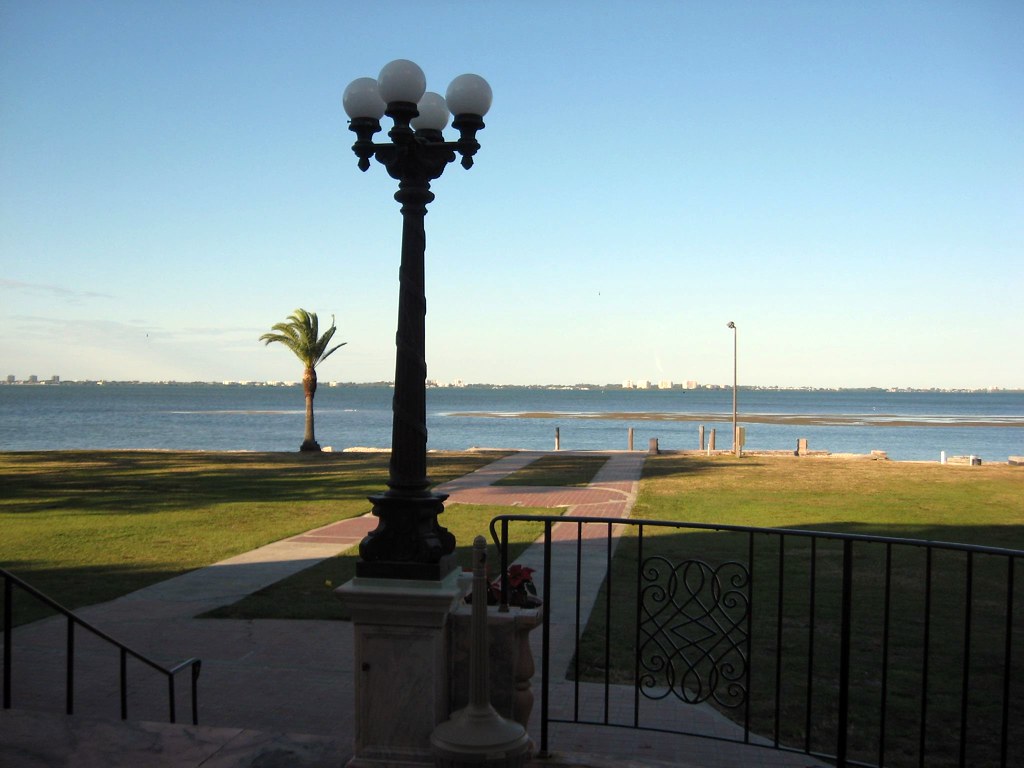 With commencement around the corner, students are starting to prepare the celebratory costumes they will wear as family, friends and faculty watch them walk across the stage to receive the degree that marks the completion of their undergraduate career. As students plan for graduation, the campus is also organizing new additions to the long-standing traditional commencement ceremony by the Bayfront. Specifically, this year’s commencement ceremony will include a live-streaming component viewable online or in the air-conditioned Harry Sudakoff Conference Center, and a bigger tent with stronger infrastructure designed to sit more attendants eager to watch as students conclude the end of their journey at the school.

Shelley Wilbur, the executive assistant to the President, is primarily responsible for working with Student Affairs, the Registrar, Campus Police Department, Physical Plant and Grounds to make sure the ceremony is smooth sailing. Wilbur begins planning the school’s commencement in January by ordering tents and the announcements. This year, Wilbur has been coordinating the addition of new features to the ceremony, including a bigger and stronger tent to shelter students, family and faculty amidst the arrival of Florida’s summer sun.

“Other than the physical structure of the tent, all [other aspects of this year’s commencement is] about the same,” Wilbur said. “The tent is different because we’re trying to accommodate more people. When I first started [organizing the commencement ceremonies], our very first commencements were behind Cook Hall, and we had a tent that sat 400 people. Then maybe three years in we moved over here [by College Hall], and the tent we’ve been using seats about 1,100. The setup that we’re getting now is going to have about 1,600 seats and hopefully that’s enough; every year, at a quarter to 7 p.m., parents are running around looking for seats, and there aren’t any. The live feed is also new this year.”

The addition of the live feed for the commencement ceremony may come as a surprise to students, though discussions about improving the accessibility of the service through online methods have been a consistent topic during conversations planning for previous commencements. Similar to including a bigger tent this year, the live feed also intends to address concerns posed with holding the ceremony by the Bay, by providing online access to the ceremony. The ceremony will also be broadcasted in Sudakoff, aimed to provide a more agreeable alternative to those with wheelchairs, walkers, canes and other mobility issues that have issues navigating the grass or dealing with the heat.

“The live-feed has been talked about for a few years, and then we just decided to give it a try,” Wilbur shared. “Whether [people will] actually go over [to Sudakoff], I don’t know, but it is available. Though we have not received complaints [about accessibility at the commencement ceremony], it’s something that we’ve always been concerned about. We talked about putting flooring, but then you have to worry about tripping. There’s really no good answer [for accessibility issues]—moving over grass is just tricky. Over here we have plastic chairs, and its 100 degrees and the sun is setting—it’s beautiful, but it’s hot!”

Despite the complications concerning accessibility and variable weather conditions, students’ admiration of the Bayfront makes moving the commencement ceremony to a more controlled and easily navigable location unlikely.

“We always talk about [moving the location of the commencement ceremony from the Bay], and we’ve talked about rain locations, but I’ve been [assisting with coordinating the ceremony] for 18 years, and we’ve never moved it,” Wilbur said. “Nobody wants to move [the ceremony]; they don’t care what the weather conditions are. [Students] are so wedded to this spot, and we totally get it, so the chance of actually ever moving it is probably tiny. Whenever [the topic of moving commencement] comes up, it just gets shut down right away. So we’re always just trying to think of ways we can keep it here as we grow, and the weather is always a factor, but since people are so wedded to the bay, I think if we ever announced we were going to move it there would be a huge backlash.”

In an effort to ease repeated concerns about the unpredictable weather in a state plagued with hurricane warnings and torrential thunderstorms, the new tent in this year’s ceremony will be larger and stronger, and can withstand winds up to 120 miles per hour. This tent will replace the sweeping circus-like tent which complemented student’s colorful costumes. Despite these new features of the commencement, the administration has no specific plans to introduce additional changes to the ceremony in the upcoming years.

“We’ll try this tent, and if it doesn’t work we’ll go back to the old tent,” Wilbur said. “We’re just trying to find ways to make [the commencement ceremony] better. I know people are worried about change; I sent out a letter to the campus earlier talking about [this year’s ceremony], and I was getting feedback that people were worried that this wasn’t going to be the same, and I wanted to address those concerns. It’s pretty much the same. There might be a tweak here and there, but there’s never going to be anything drastic, and it’s to help people, not to try to take anything away from everybody.”