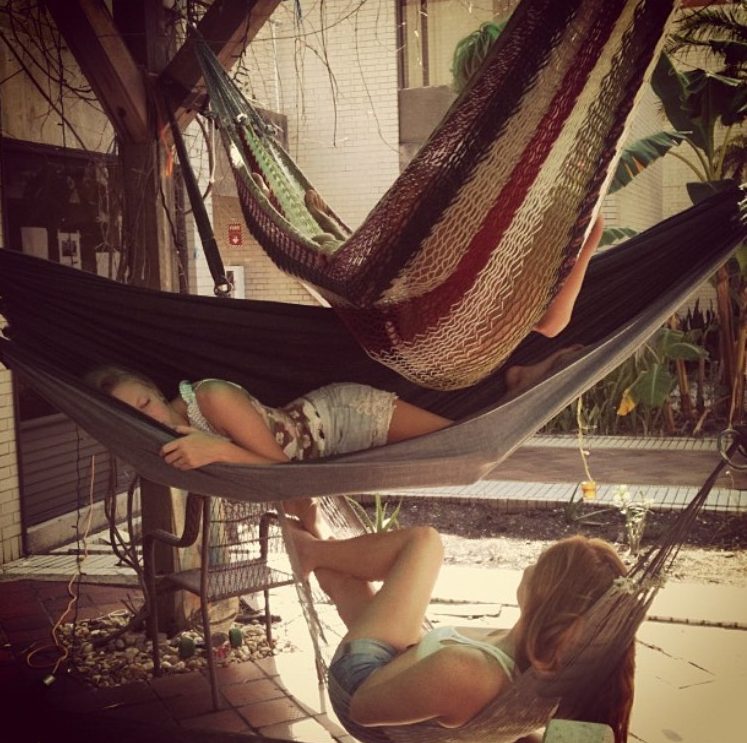 Every year it seems that upperclassmen mention something about New College “going to the dogs.” These assertions come in response to certain changes within our campus community. Interested in determining what these changes actually are, I reached out to the community and found that the bulk of changes fall into three categories: differences in campus socialization and demographics, student-police-administration interactions, and walls.

“I was aware of this when I was a first-year of like the fourth-years being like ‘things have changed so much, it’s so much less open, etcetera’ and I mean, I think part of it is that it’s just a thing to say that but it also is definitely more true in this case than it might’ve been in recent years,” thesis student Orion Morton said.

One of the key symbols of New College social life was a structure called the pergola. This structure, located in Third Court, brought students out of their dorms; it created a public space where students felt comfortable hanging out.

“It was an outdoor, open structure that was designed to have vining plants on it. There weren’t any plants on it, but it was just in the middle of Third Court and students put decorations up on it and lights and hammocks and there were tables inside of it and all that kind of stuff, and it was like a New College icon,” Morton said.

Students used this community space to do homework, to meet new people and, most importantly, to relax.

Interactions and the environment associated with the pergola changed, however, when the New College Police Department (NCPD) started enforcing drug and drinking laws more so than they had in previous years.

“There was much more of an amicable relationship between students and police, I sort of caught the tail end of this relationship, and it sort of turned to less and less amicable,” alumni Madi Huffstickler (‘12) said.

Some pinpoint the shift in interactions to a specific incident on campus:

“I could be totally wrong, but from my understanding there was an incident where somebody was walking back from shell with an 18-pack of beer and they were not of age. The cops stopped them and asked for their ID because they were just carrying [the beer] so the cops confiscated it; [the student] didn’t get in trouble or anything, they just took [the beer],” Morton said.

According to Morton, the beer was sitting on a golf cart outside of the HCL building and, a few hours later, the under-age student saw the beer and took it back.

“The cops, people have said, have never really been the same since. They felt incredibly disrespected by that I guess, because they didn’t get the student in trouble or anything and the student stole it back from them,” Morton said, “from there on out, people have said the character or interactions have been different.”

In response to much of the public use of substances, the NCPD hired a narcotics officer that was only present during the 2013-2014 school year. In addition, the NCPD increased their presence on campus, especially within residential spaces.

“Arrests were never a thing that happened; I remember my second-year, I came back from some place, maybe a Wall, late at night and there was somebody being arrested on Z green. It was like ‘alright, this is happening,’” Huffstickler said.

After a few people were arrested outside of their residential rooms, campus environment shifted; students became more wary about hanging out in public spaces and the pergola specifically.

“People don’t go outside as much anymore, people don’t hang around outside and do things […] people seem to feel less comfortable existing in public spaces, so that’s kind of sad,” Huffstickler said.

“Though I’m a third year, I do remember when people actually hung out outside in Pei. This changed my second year. Now you walk around the courts–even on weekends–and it’s a ghost town,” third-year Michael Pulsifer wrote.

That summer–the summer of 2014–Third Court was renovated, and the pergola was removed. Students reacted negatively to this removal , as a community space that seemed to represent much of New College social life was gone.

“That was one of the last defined community spaces within the residential areas, so that was a pretty big deal when they took it away. People fought to have it reinstated or put something else back into it because people from other courts would also hang out in it all the time,” Morton said, “that was a pretty symbolic change for sure.”

“Housing and New College have always had a strenuous relationship; people would get put in terrible housing situations and it was never a very transparent process,” Huffstickler said.

“So when I was an OL I found that the housing administration at the time (Meghan and Vanessa namely) had very different views of how the campus was being run. Like they were so concerned with hazing that they didn’t see the other issues on campus, none of them being hazing,” thesis student Susan Gomes wrote.

“Then they also tried to split up the community by telling the first years that there was no real community at New and stuff which was a blatant lie. Since then I’ve seen just this disconnect with the upper years and the lower years that I hadn’t seen my first year.”

Recently, however, changes of staff within certain departments offer more benefits for students. For example, two of the new Residence Hall Directors (RHDs) are New College alumni, facilitating a more common connection between students, the department of student affairs and housing.

A new Director of Diversity and Inclusion, Autumn Harrell, was recently hired and has already established multiple goals. In addition, our new Dean of Student Affairs, Robin Williamson, has already shown her dedication and commitment to students. Of noteworthy importance to students, Meighen Hopton is also a newer addition to staff and works extremely hard to ensure that everyone is thriving.

“Robin Williamson is way, way more amenable [than the previous Dean] to actually relating to students and listening to our concerns and the CLCs and RHDs are so much better this year,” Morton said.

These new staff members show the importance of dedicated individuals, as they can greatly impact the way that the campus community functions.

Walls, unfortunately, are a tricky situation. This year there are a various systemic housekeeping issues that affect the prevalence of Walls; understaffing within the NCPD being the driving factor. Though “Wallternatives,” in the form of RA events, provide other ways to keep the tradition alive, the general feel is not the same.

“I remember my first-year, on a Friday night there would be 100 people; I mean, not every Wall necessarily, but there would be enough people to fill that corner of Palm Court,” Huffstickler said, “there would be people, and they would be dancing, and there would be wall punch, and it would be a thing, and now, that just sort of exponentially declined.”

Some students are worried that the lack of Walls could also lead to certain negative habits within our campus community.

“I feel like having public gathering spaces on weekend nights is critical to the public health of New College,” Morton said, “two years ago, my second-year, there were two deaths on campus from overdosing and that year there was a marked decrease in public gatherings at night. But those things are inseparable; as you force people into their rooms, you lose that public accountability and that creates environments where dangerous things like that can happen.”

Unfortunately, the Department of Student Affairs cannot do much to fix this problem. Students are taking efforts, however, to keep these events alive. Though they don’t thrive as much as they have in the past, they have not died yet.

There have been many changes over the past five or so years; so much so that this article only discusses some of the more generalized trends that have occurred. These changes and reflections raise questions about New College’s identity and what the future holds for our campus community.

“The school will constantly be in a state of change. Nothing is constant at New College, so take all this with a grain of adobo,” Gomes wrote.

Who knows; maybe one day the New College community will be completely unrecognizable to most. Maybe our campus is “going to the dogs,” whatever that means, but these changes certainly bring both advantages and disadvantages.