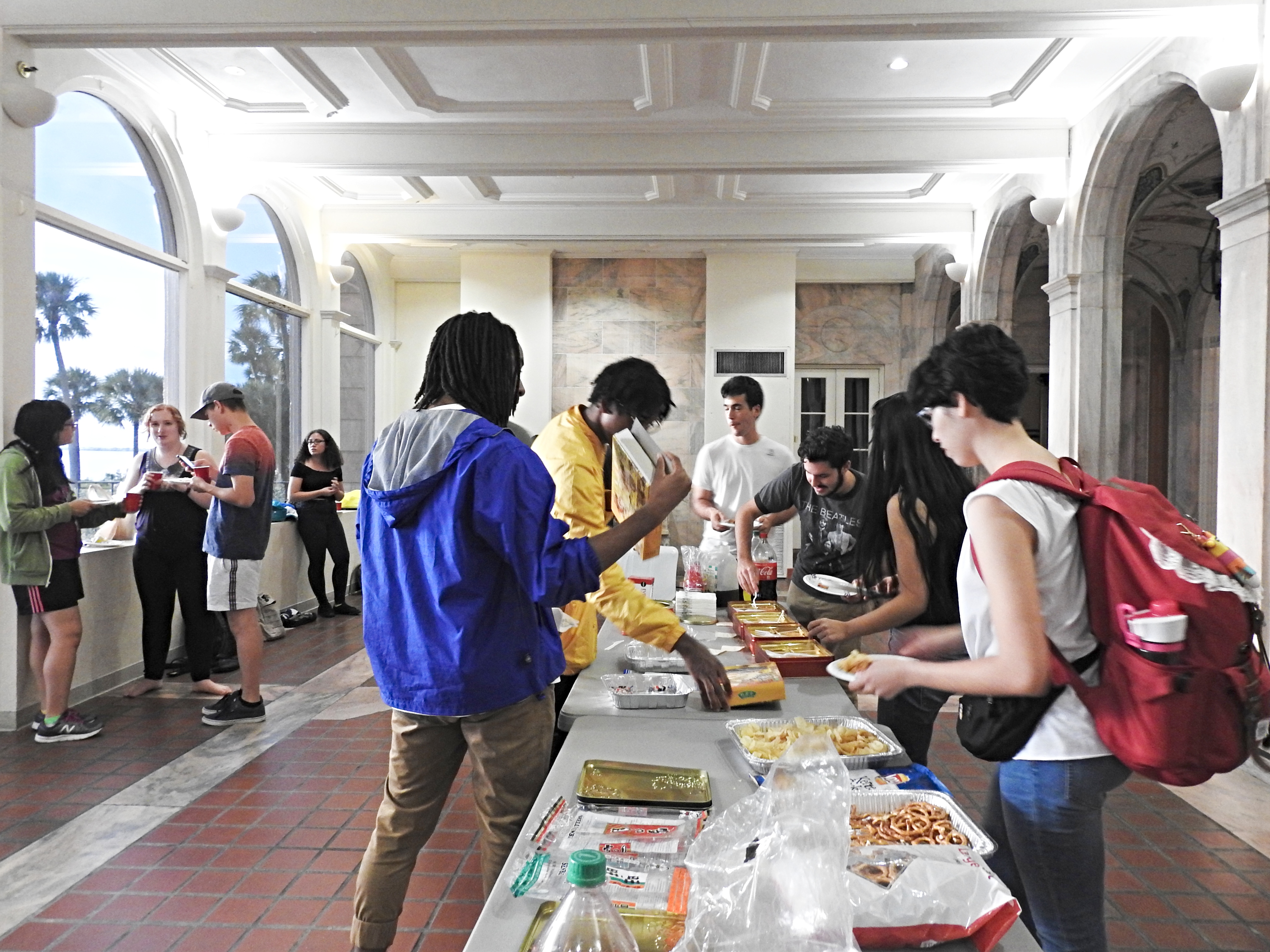 The Mid-Autumn Festival, called “Zhōngqiū Jié” in Mandarin Chinese, has been celebrated throughout Asia for thousands of years. Traditionally, family and friends come together to give thanks for the bountiful harvest, pay tribute to deities like the moon goddess Chang’e and engage in various regional customs. According to the Chinese lunar calendar, the Mid-Autumn Festival is held on the 15th day of the eighth month, coinciding with a full moon. On Sept. 24, members of the New College Chinese program and the community gathered in College Hall to celebrate the Mid-Autumn Festival and hopefully catch a glimpse of the first full moon of fall.

“This is one of the two most important festivals in Chinese culture,” Chinese Language and Culture Professor Jing Zhang said.

Of course, no Mid-Autumn Festival celebration would be complete without mooncakes. Mooncakes, or “yuèbǐng,” are small, round cakes with a dense filling. Mixed nuts, white lotus, wax gourd and red bean flavors of mooncake were served. An assortment of other foods, including sesame cookie rolls, pineapple cake, White Rabbit candy and sweet and salty rice crackers, gave visitors a taste of authentic Chinese snacks. Refreshments, such as soda and green tea, were also available.

“It’s a time that the family comes together from different places to enjoy delicious food,” Adjunct Instructor of Chinese Language and Culture Weiwei Huang stated. “Usually, my parents would cook a lot and we would invite our relatives to celebrate.”

Huang also explained that her hometown festivities in southern China differed compared to those in northern China. “We would have a table outside where we’d put apples, pears, mooncakes and candles,” she said. “We serve those for the moon.”

Despite all the merriment, many people from China living abroad feel homesick during this festival. “Particularly on this day, I miss my home,” Zhang said. “It’s always the day that I feel kind of sad, but students and activities help me feel better.”

All photos by Eileen Calub/Catalyst

Students enjoyed the opportunity to learn about Chinese culture in an engaging way. “I think [this event] is very integrated,” second-year Hailey McGleam commented. “It’s not just people from the Chinese department. It’s people from all backgrounds. It’s really fun and lively.” McGleam also hopes to take part in Chinese festivals and traditions during her year abroad in Shanghai.

“I love this event. I’ve been to every single one the past four years,” thesis student Lorelei Domke said. “It means a lot to me and it’s a great opportunity for people in the community to come see the Chinese program and have fun.”

Domke and an emotional Yang performed the final song of the night, “Péngyǒu,” which means “friend.” As the event came to a close, empty boxes of mooncake and exhausted refreshments illustrated a successful Mid-Autumn Festival.

Yang felt it was important to hold the event at New College because “you can never learn a language without learning about the culture behind it.” Yang credits Chowdhury, Domke and thesis student Derek Otis for their advice and assistance in setting up the event.

The next big event of the Chinese program will take place in the spring semester.