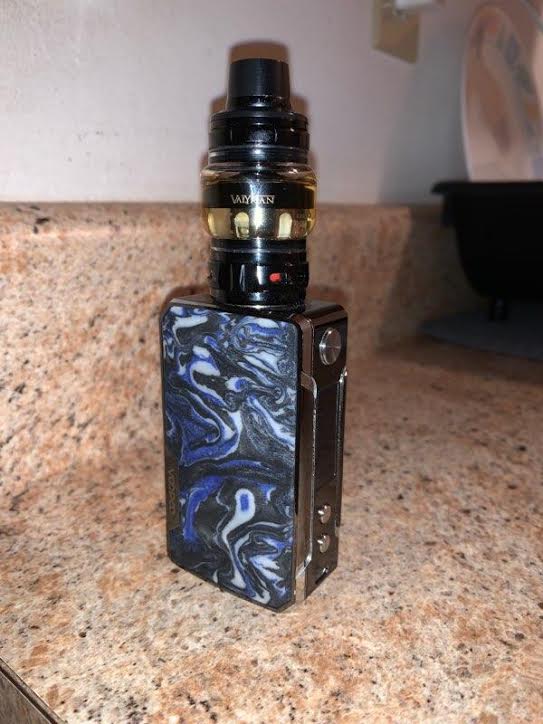 Throughout the past decades cigarette smoking rates have declined, but electronic cigarettes (e-cigarettes) have been on the rise since introduced to the US in 2006.  These products appeal to young people because of the variety of flavors and easy accessibility. However, e-cigarettes have been implicated in a rise of lung-related illnesses and deaths. Also, JUUL Labs, Inc., one of the well known e-cigarette brands, has violated the Federal Food, Drug, and Cosmetic Act (FD&C Act) by adulterating their products. This violation has called for JUUL to show scientific results that their products are indeed less harmful than cigarettes. Such news leads to ask how e-cigarettes will affect New College students.

The state of Florida has 41 colleges and universities that have taken the step to become 100 percent smoke-free, including New College. The on-campus campaign is officially known as “Breathe Easy New College.” The smoking ban will be implemented in July 2020 and students and administrators disagree on the potential outcome.

Hannah Hoogerwoerd, president of Students for Sensible Drug Policy (SSDP), thinks that the ban may result in a black market and new additives in the products.

“It would open up more of a black market where [when] we’re not sure what people are putting in the vapes right now,” Hoogerwoerd said. “The problem is the vitamin E glycerin that’s going into the oils, but in a black market situation, we have all sorts of additives that are unforeseen, uncontrolled, and unregulated. It would also just force people to go back to smoking cigarettes.”

The irony is that since smoking rates have been going down, the generations of today were supposed to quit smoking altogether, but since e-cigarettes are receiving more negative light due to a correlation of lung injuries, going back to cigarettes may be a future reality.

“There’s evidence to suggest that people go from e-cigarette use to cigarettes. It’s a backwards relationship,” Manning-Samuels said in a different interview.

The SSDP is also concerned about smoking off campus. In transitioning to a smoke-free campus all the remaining designated smoking areas will no longer exist.

“Banning student smoking on campus makes it more unsafe for students that might have to walk off campus to go to Shell [gas station] and smoke their cigarettes, and put themselves in danger to all the trafficking that happens on [Highway] 41,” Hoogerwoerd emphasized.

Manning-Samuels brought up a few thoughts that might help address this possible concern. “If SSDP is really concerned about that [off campus smoking dangers] or thinks that it would be helpful for students to set up a ‘buddy program’, I would be in support of that,” Manning-Samuels assured.

Despite the concerns about the smoke free campus, there is the possibility that students will adjust and as new incoming classes arrive, the idea of not smoking at New College will be normal.

“I am trying to get some of our counselors at the CWC [Counseling Wellness Center] certified to be smoking cessation counselors to help students transition more easily into our smoke-free campus next year,” Manning-Samuels said.

Smoking cessation resources such as lozenges, patches and gum are a few methods to quit smoking that are available to students for free. The Health department also offers free smoking cessation classes.

“Talk to any of the counselors at the CWC, they’re all addiction specialists and can help manage the behaviors associated with being addicted to a substance,” Manning-Samuels said.

Advice for managing how to quit smoking is something Manning-Samuels is passionate about and believes that the first step to quitting is making a firm decision to quit. She also recommends patches in particular as they still contain a portion of nicotine but when used properly, lessen in amount to the point where nicotine cravings subside.

“Stress, anxiety, depression, and fluctuations in mood are also related to increased nicotine use and counselors can also help with that,” Manning-Samuels said.

Although quitting is a good thing, not every student is willing to give up smoking and both Hoogerwoerd and Manning-Samuels have advice to give.

“Please do research into what you are consuming. [The] CDC recently [announced] a big outbreak of bad vape oil that caused severe illness and death in three people so make sure the oil you are consuming is from a safe and reputable source,” Manning-Samuels said.

“Be mindful of where you’re getting your vapes because if we’re talking about cannabis vapes, there’s been a lot of controversy about false packaging,” Hoogerwoerd similarly advised.

The war on drugs may be a hard one to fight since not everyone agrees on a solution, but SSDP will continue to speak their thoughts and have even had a discussion about creating a drug education seminar concerning vape products and nicotine.

“Taking smoking spots off campus does not solve the issue of student smoking [and] banning vape products does not solve the problem or dangers of vaping,” Hoogerwoerd emphasized. “We need to have a more sensible solution where we take into consideration the dangers of it, but if you try to take it away from people it’s never really going to happen. People will always use their substances but we need to educate them about what’s dangerous in regard to these substances and then it’s up to their cognitive liberty to choose what they ingest.”