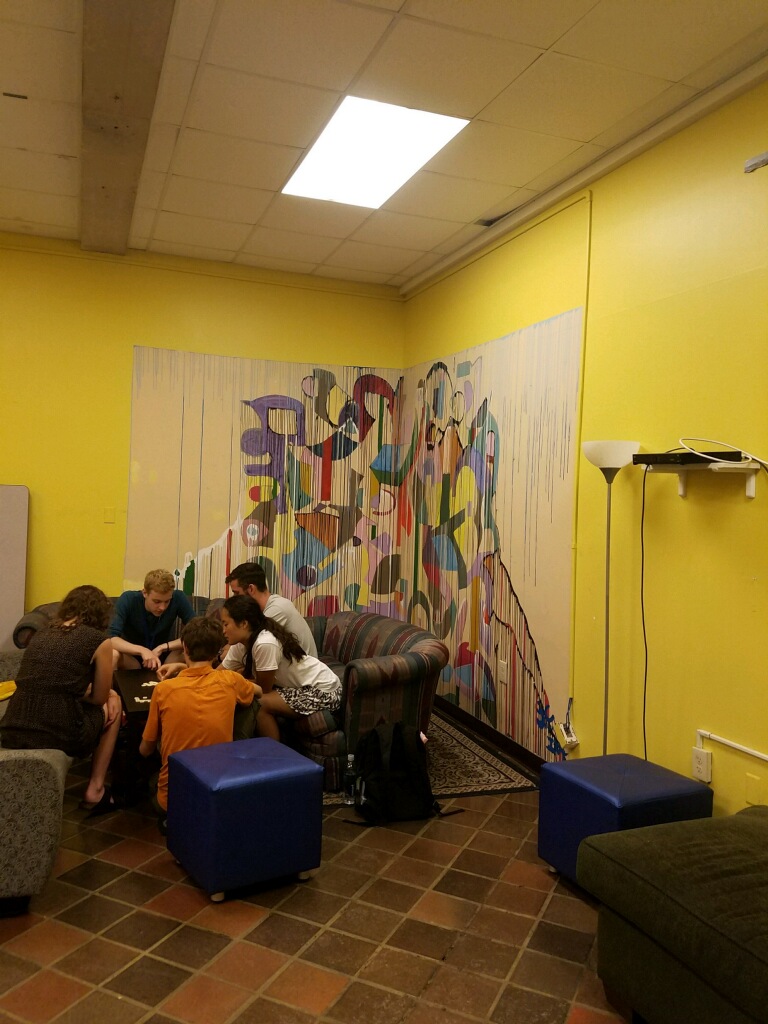 Whether it be the sulphurous smell or the questionably arranged—and sometimes sticky—furniture, one might think that Hamilton “Ham” Center is not living up to its full potential as a place for club meetings, hanging out with friends or catching up on readings during lunch.

Fortunately, major steps have been taken to update two popular student spaces in Ham. New College Student Alliance (NCSA) President and third-year Ximena Pedroza led an effort over the summer to appropriate money from New College’s Capital Improvements Trust Fund (CITF) for the renovation of the Old Mail Room (OMR). The CITF is a fund maintained by the capital improvements fee students pay each semester, and $100,000 of the fund was approved by the Board of Trustees for renovations to various areas of the campus in 2016-17.

Co-teaching assistants (co-TAs) of the Gender and Diversity Center (GDC), third-years Wolly Mason and Bryce Gall, have been working to update and reorganize the GDC, which is an important sanctuary and resource for students. The last major renovation to Ham took place under the direction of 2014-15 NCSA President Cassandra Corrado, during which the “silo” structure was succeeded by an open lounge area and new modular couches.

Pedroza chose to consult the student body for the design direction of the OMR. She sent an online survey to students in late July and its results were used to select the colors and types of furniture for the new OMR.

Over the next two months, the OMR will receive a fresh coat of blue paint as well as chairs and tables in the same style as the new Heiser Natural Sciences Complex furniture. Additionally, students can expect a few lush indoor plants and a whiteboard for notes and illustrations. The new furniture is easily moveable to make space for Walls and other community events, but can be reconfigured to make the OMR the perfect location for conversation and relaxation away from the main dining area.

“I have a lot of memories, big and small, in the OMR, and to me that’s a part of what college is supposed to be,” third-year Grace Harrison said. “You’re supposed to be able to recall spaces and times that defined things for you, and it’s important that we keep making the OMR a place that can host NCF memories. Space matters.”

Mason and Gall have been working diligently over the summer and into the fall semester to remake the GDC and reemphasize the space as a sanctuary for all people with marginalized identities. Mason and Gall have paid for improvements, such as new paint and rugs, largely out of pocket and without the aid of CITF money. They have encouraged and received donations of decorations, books and other resources. Mason and Gall also set their sights on multiple problems with the GDC’s setup, such as clutter, its use as a hallway, sterile fluorescent lighting and general lack of privacy.

“It should feel like a truly inclusive and welcoming space for a body of students with multiple, interlocking identities whose complex lived experience sometimes weigh on them,” Mason said. “It should feel meaningful to and maybe possibly make someone feel a tiny bit lighter than usual.”

Besides the physical layout of the GDC, Mason and Gall are expanding its presence and publicity online and plan to hold regular office hours from a newly decluttered office. Students and community members can look forward to a grand reopening of the GDC in early October, as well as a crowdfunding campaign so that the co-TAs can be properly compensated for their time and effort.

Updates to other parts of campus can be expected in the future. The next round of CITF allocations are earmarked for improvements to the Fitness Center and the Sail Club. There are also plans for new furniture in the main dining area of Ham and updated outdoor seating options at the Four Winds Cafe.