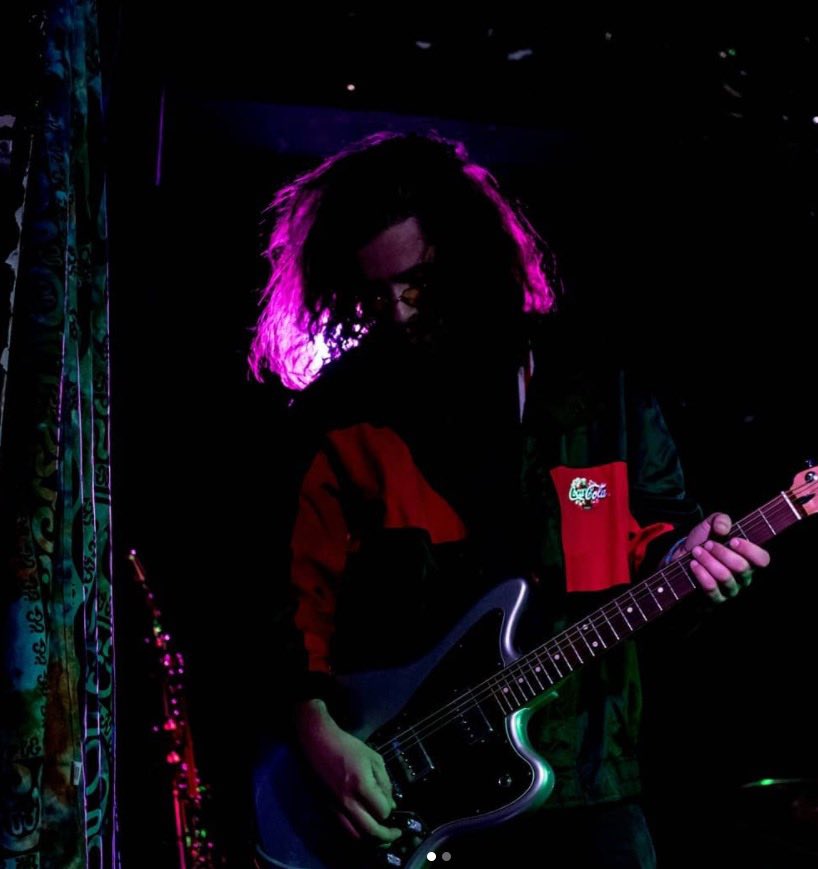 Guitarist Phil Hirst is the frontman of the duo.

Canadian punk rock group The Wrong Brothers released their new single on Jan. 11.  “Nazi Cops Fuck Off” is a tribute to the iconic Dead Kennedys song “Nazi Punks Fuck Off” as well as a navigation of present-day political events, such as the rise of Black Lives Matter (BLM) and the fall of the Trump administration.  Frontman and guitarist Phil Hirst and percussionist Morgan Dunbar discussed the effect of American politics on the Canadian political atmosphere and how our neighbors to the north are handling some of the same political issues.

Hirst and Dunbar initially met around six years ago while in college and bonded over a mutual love for music, deciding then to form a band.  The name “The Wrong Brothers” is a tongue-in-cheek play on words of the Wright brothers, who famously built and flew the very first airplane in 1903, referencing a two-person innovative team.

“Initially our logo was an airplane,” Hirst said. “I feel like if one day we get lucky enough to strike it supermassive-ginormous with our music, we’ll be one of those bands that looks back and wishes we’d named ourselves something more serious.”

Dunbar and Hirst both grew up listening to punk music, citing the Clash, the Ramones, and Blink-182 as strong influences on their sound.

“I used to be a more pop punk sort of kid, as we all have that phase,” Dunbar said. “[Our music] is always stemming from that, only now trying to look deeper and see what I was missing before and what layers can I extract from that.”

Their distinctly punk experimental sound encourages the listener to let go of restraint and surrender to catharsis.

Rooted in an anarchic rejection of mainstream socio-political ideals, the punk movement started in the late 1970s and takes influence from garage rock. As a subculture, the punk scene provides a space for younger generations and marginalized groups to feel some semblance of release in a world governed by oppressive, capitalist powers.

“As teenagers I think we were both, as so many suburban white kids are, just drawn to angry music that had this edge that we didn’t feel in our lives,” Hirst said. “We were just looking for something to yell into our pillow, that kind of thing.”

As far as music goes, Hirst and Dunbar are always incorporating new stylistic elements into their sound.

“Our sound is vastly changing,” Hirst said. “Now our sound has kind of turned over into where we meet in the middle with punk because we both come from separate spaces in punk. There is a bit of dabbling in the surrounding alternative genres, but I would say at this point our genre label would be neo-punk.”

The band’s new single “Nazi Cops Fuck Off” pays homage to the Dead Kennedys song “Nazi Punks Fuck Off,” which was released in the beginning of the Reagan Administration, a similarly politically polarized time.

“You could definitely say [our new single] is an ode [to the Dead Kennedys],” Hirst said. “If they hit us up and said we had to give them 100 percent of the money, we’d be like, ‘Yeah, that’s fair.’”

Released on Jan. 11 at the very tail-end of the Trump Administration, “Nazi Cops Fuck Off” calls back to a conservative streak in time, themes of which we see resurging today.

“Now it feels like the time to bring punk music into politics again,” Hirst said. “I feel like a lot of Canadians have this idea that as long as America is a mess politically, then we get to have this halo where we’re not as bad as they are down there, but that’s really untrue.”

While The Wrong Brothers are based in Ontario, Canada, they asserted that U.S. politics definitely play a role in the political conversations up north.

“I think, first of all, the United States is a really conservative country,” Hirst said. “We have that same kind of populist, nationalist movement in Canada. I think the Canadian view of the United States is that you guys have gone a little nuts with the Trump thing, right?”

Hirst mentioned that Canada has a lot of the same deep-rooted racism and problems with police brutality that the U.S. has.

“Through the last couple of months, the racial injustice movement has been centered around the police,” Hirst said. “In Canada, we deal with a kind of unique situation with our police because we have the localized police forces, which are way over-funded and super militaristic. But we also have what is called the RCMP, or the Royal Canadian Mounted Police.”

The RCMP was founded in 1873 as an official patrol of the North-West Territories that took inspiration from the Royal Irish Constabulary, a militaristic police force in Ireland from 1822 to 1922.

“Their job has basically been to terrorize native people here,” Hirst said. “In the places where the RCMP has been most heavily present, there is almost no native population left because the government has systematically forced the natives out of their homes and off of their lands and largely just killed them.”

Hirst went on to discuss issues of native oppression in Canada that rings eerily recognizable to American ears.

“There are communities in Canada that don’t have clean water, and a lot of those communities are native,” Hirst said.

The duo explained that they wrote the song to discourage the romanticization of authoritarianism on the mere prospect of Canada being marginally better than the United States. The song features angry lyrics such as, “You said, ‘I don’t want to kill anymore,’ but there’s blood all on the floor and on your blue uniform,” calling to mind the specific and all-too-familiar imagery of police brutality.

The group is donating all proceeds from “Nazi Cops Fuck Off” to the American Civil Liberties Union (ACLU).

“That came from just having a lot of respect for the ACLU,” Hirst said. “When I thought of civil liberties activist groups, the ACLU always struck me as a group that is trying to do good in a smart way for great numbers of underprivileged people.”

The Wrong Brothers are not performing live because of the COVID-19 pandemic, but you can find them on Instagram and listen to their new single on Spotify.