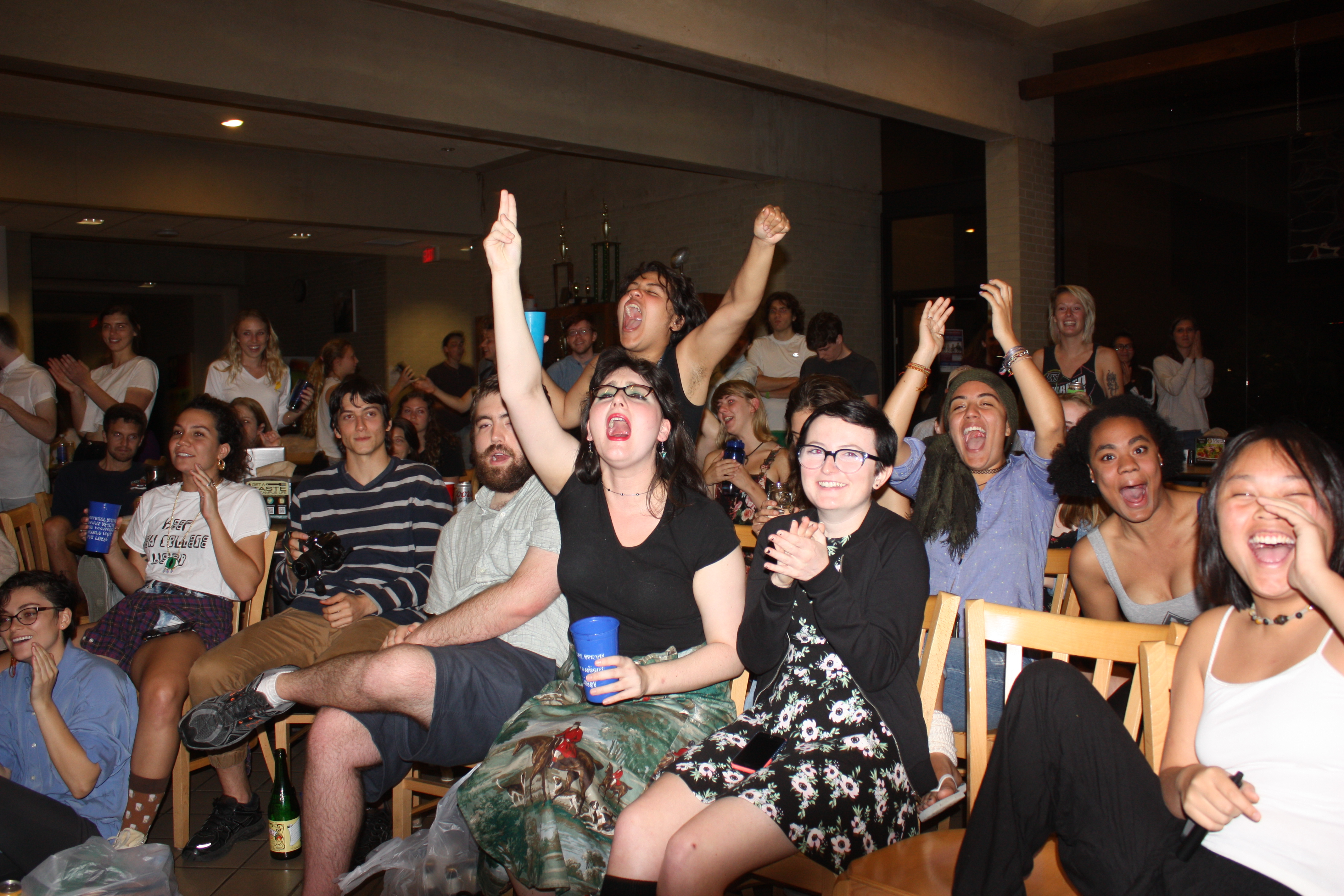 Students, faculty and staff gathered in the Hamilton Center on Tuesday, Oct. 8 to discuss the recent plans and progress made by administrators to try to aid the concerns expressed by students over the past couple of years. Some of the issues addressed include the administration’s accountability for past misfires, lack of administrative support for student-driven initiatives, the increasing police presence on campus and making the campus more accessible for all students.

Chief Diversity Officer and Dean of Outreach Bill Woodson, accompanied by President Donal O’Shea, led the Campus Climate Town Hall. Organized as a casual conversation space, the town hall allowed members of the community to give comments and suggestions as Woodson discussed progress and plans of the administration.

A major concern that was brought up numerous times throughout the meeting regarded Student Disability Services (SDS), which has undergone several organizational and administrative changes within the past year.

“We’ve connected with the [other] SDS [offices] in the area,” Director of Student Success programs Anjali Cadena said. “We’re working with Eckerd College, USFSM, Ringling and State College of Florida so our services are up to par and consistent with what other colleges are doing and so we’re very much well-connected with a network and doing the best work we can do.”

Joe Mayer was introduced as the newly-hired Assistant Director for Student Disability Services. Other positions that the SDS plans to launch include another Assistant Director and a Coordinator, which is an administrative position for someone who can work with students more effectively, with experience in advising and working in a college setting. SDS asserts that they no longer just grant or decline accommodations, but they aim to provide students with success support as well.

“We recognize that all students, regardless of who they are, need student success support to close that gap between how high-achieving they are academically and what college requires as independent skills to be a learner,” Cadena said.

While on the topic of student wellness services, Woodson furthered the conversation by speaking about the Counseling and Wellness Center (CWC), which has finally been able to slightly alleviate the length of the long waitlist that many students have been put on due to a shortage in staffing. Woodson mentioned that there has been feedback about the CWC only being open from 8 a.m. to 5 p.m. and that evidently there is a desire for after-hour support, which is being investigated for an opportunity to provide extended hour services for students.

After being questioned about the accountability of the administration’s actions and the lack of administrative support for student initiatives such as providing free reproductive and sexual health resources and how the community can be assured of positive changes actually happening in the future, Woodson said that trust is built through seeing peoples’ day-to-day performance, and it is up to students to decide whether or not the performance is deserving of their trust.

After remaining quiet throughout the conversation, O’Shea left midway, leaving Woodson to lead the discussion alone.

Woodson said that there has been a lot of progress made that he has been very pleased about, but admits there are a lot of things that he is anxious that the administration cannot move faster. He emphasized that the new Assistant Vice President of Human Resources, Loretta Shields, has high expectations for how the staff and faculty treat each other and how they take care of the students.

“If you are seeing things that you don’t think are being acknowledged in a timely way or if you see promises being broken, I hope that you will come tell me or another person about it,” Woodson said. “And if they are not able to respond in a way you find satisfactory, I hope you will come to me about it.”

Concerned with uneven power dynamics, students both inside and outside of the town hall expressed their discomfort with the increasing presence of police on campus and some of the recent actions made by them that are believed to be unjust. Various suggestions have been made by students to aid this distress. Although administration has been quiet about the subject, Woodson insisted that he is listening and is continuing to have conversations with the campus police to better the wellbeing of the students.

“The police don’t report to me, and I’m not going to try to override policing protocols, but I am certainly going to be a voice for student perspective as to what they’re looking for,” Woodson said. “I know at the end of the day if we are keeping the campus safe using protocol that works for our students that’s what’s going to work better, so there will be further conversations. I can’t promise an outcome, but I can promise you further conversations.”

“Disability accommodations benefit everyone as a whole,” thesis student Jennifer Lin said. “The reason why we have closed captioning on TVs is not just for people who are hard of hearing, but if you’re in a loud bar and you can’t hear the volume of the TV—that helps you too! So, framing the idea of accommodations in the mind of helping everyone in the community versus just those in need is probably something that we should do.”

Students interested in becoming involved in these conversations can attend the next Campus Climate Town Hall meeting, which, according to Woodson, will be sometime this November.