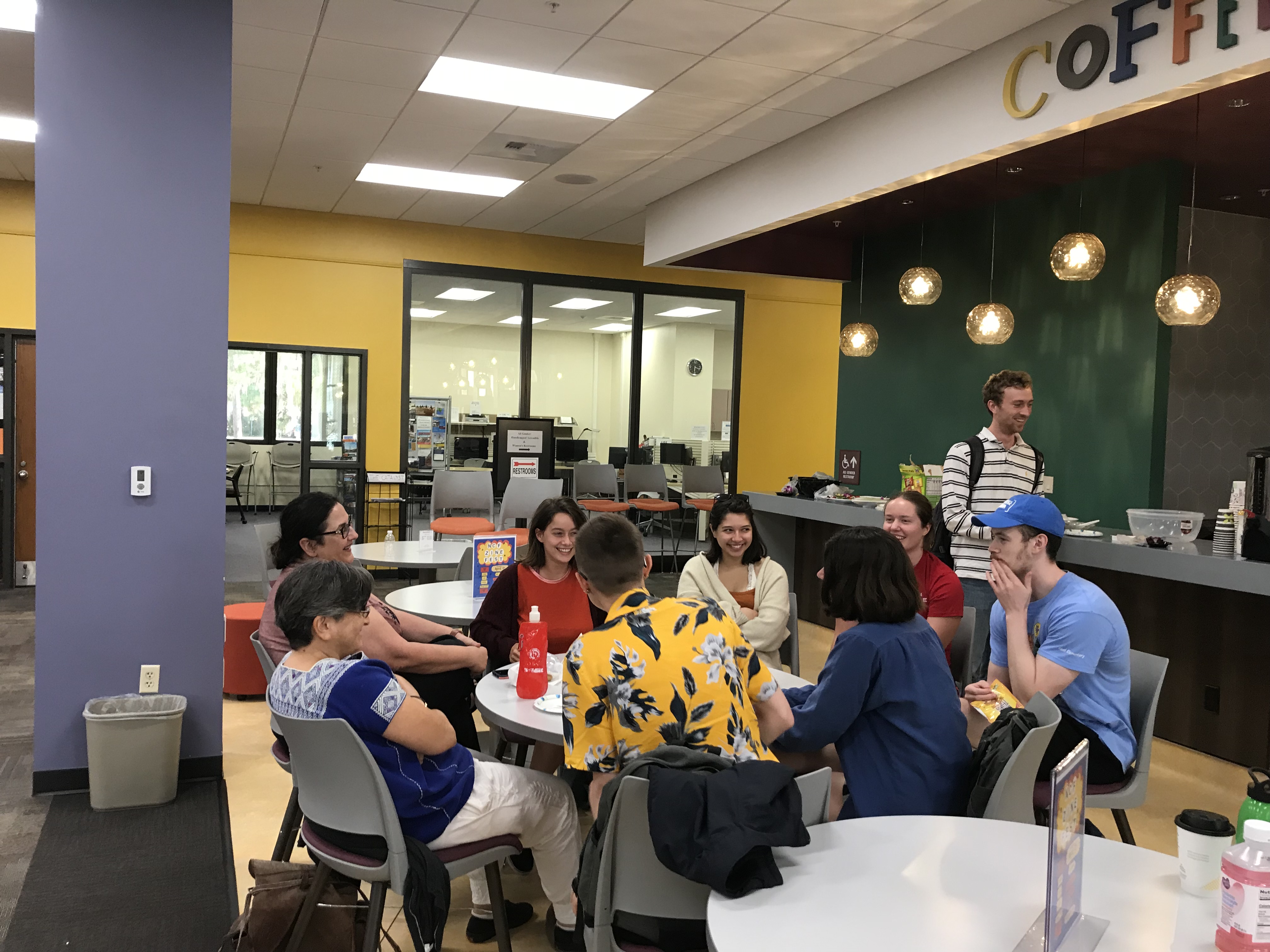 “I come from a very tiny town in Puerto Rico and what I remember from my childhood, it was that strong sense of community,” Professor of Spanish Language and Literature Sonia Labrador-Rodriguez said. “Although I had a large family, it was just me and my mom. We didn’t have a car, and we depended on the community to do many things. If my mother had to do something I would stay with a neighbor who happened to be my godmother, so I relied on a community. And sometimes I feel I’m craving for that here. And so I think that I’m more inclined to do these kind of things because [of] the way I was brought up.”

This longing for community led Labrador-Rodriguez to institute “Happy” Hour, an informal space for students, faculty and staff to come together. Ideally, “Happy” Hour will become a regular weekly event.

On Wednesday, Apr. 10, Labrador-Rodriguez and a small group of faculty met with Provost Barbara Feldman to discuss their suggestions for retention. At the meeting, several professors brought up the need for building community “because of the way the campus is constructed and because it’s getting bigger in terms of new faculty and new staff,” Labrador-Rodriguez said.

“We still have the structure of the division meetings and you can become very familiar with the people that are in those meetings but not the rest of the community,” Labrador-Rodriguez said.

At the faculty meeting that same day, the faculty had discussed the results of a recent survey that revealed students and faculty “want more of a sense of community,” according to Labrador-Rodriguez.

Following these discussions that revealed a desire for more community, Labrador-Rodriguez suggested that other institutions often have a social day of the week or the month, and that New College could do the same.

“So the Provost said, ‘Why don’t we plan this for next semester?’” Labrador-Rodriguez recalled. “I said, ‘Next semester? No, let’s start now, you know, we’re here now. We need to start building community now.’”

From there, the plan for “Happy” Hour came about organically. Feldman offered to provide refreshments. It took about an hour, Labrador-Rodriguez estimated, to plan the event. The idea of “Happy” Hour is to provide a space for members of the New College community to come together, get to know each other and spend time together. Labrador-Rodriguez noted that this semester will be experimental, looking to see what days and times work well for people. Professor of Music Maribeth Clark and Professor of Chemistry Rebecca Black have also been involved in planning.

“The idea is to use this time as a trial period and then collect feedback from all components of the community and come up with a better organized plan for next semester,” Labrador-Rodriguez said.

Last Friday, Apr. 12, Labrador Rodriguez reported that there were about 10 faculty members, more than 20 students and two or three staff members at the first “Happy” Hour. Labrador-Rodriguez noted that since they reserved the Academic Center (ACE) Lounge a day in advance, it was only available at 5:30 p.m., which was inconvenient because many staff members were already gone at that time.

Labrador-Rodriguez was pleasantly surprised at the number of students who attended the first “Happy” Hour.

“I was surprised because actually more people than what I expected showed up,” Labrador-Rodriguez said. “And some of the students said that they were happy to meet other students and faculty that have never had the chance to talk to them.”

There was no agenda for the “Happy” Hour on Apr. 12. One professor brought a small speaker to play jazz music as students and faculty mingled. Clark brought chips, and Labrador-Rodriguez brought ice. A student brought roasted vegetables. Labrador-Rodriguez also made virgin sangria, with soda water, pomegranate juice and an orange from the fruit salad sent by Feldman.

“It was good because everybody brought whatever they felt that they could contribute or wanted,” Labrador-Rodriguez said. “And I think, you know, you don’t plan. Sometimes planning too much takes away the spontaneity.”

For now, the group behind “Happy” Hour is experimenting and receiving feedback. They are open to any suggestions, comments and collaborations. Labrador-Rodriguez, along with Professor of Sociology Sarah Hernandez, held the third “Happy” Hour in the Jane Bancroft Cook Library on Thursday, Apr. 26. Over 20 students attended.

Labrador-Rodriguez said that she hopes that the outcome of “Happy” Hour will be “a stronger community, a stronger New College that can absorb change and can develop kinder ways of communication.”

Labrador-Rodriguez sees building community as vital to the health of New College.

“To be such a small college, I think that we don’t see each other as often as we could,” Labrador-Rodriguez said. “I think that we need to take advantage of our size and make building community a priority. That is going to help us be better at what we do. But also when there are differences and when there’s tension because of difference of opinions or views, the community can deal with that better if you have spent time and effort building the trust and transparency of a community. When you don’t have that, then any little thing threatens the unity and the health of the community. All of the criticism, all of the tension, we will have a better sense of how to work this out because we have been building trust. And you can’t have trust and transparency if you have not been investing in community building.”