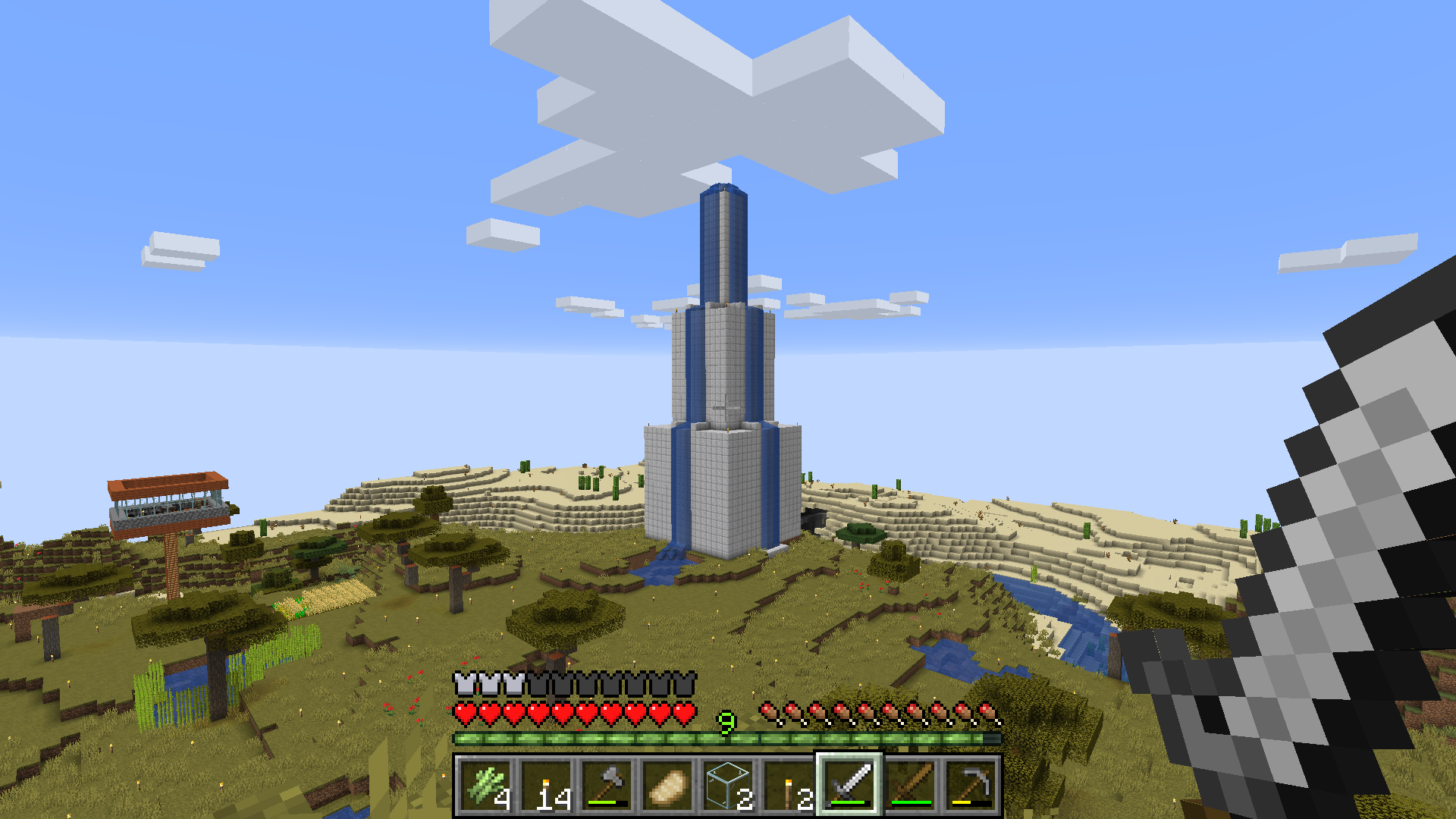 One of the tallest player-made structures so far, this tower has cascading waterfalls, and no clear way in as of now.

New College’s Minecraft realm may be small, but just like on campus, the atmosphere is relaxing and the people are friendly and creative. It offers a simple, yet comforting online gaming experience much like Animal Crossing or Stardew Valley.

Started recently by third-year Izabel Nieves, the “realm,” a Minecraft server that one rents on a monthly basis, has been relatively barebones so far, with no minigames or elaborate overhaul-type mods that alter the basic nature of the game. The aim is to build to the heart’s content using resources that can be found in the game’s procedurally-generated sandbox world.

Minecraft is one of the few games that’s been around long enough and is still relevant enough to have a noticeable generation gap in its player base, from the late members of Generation Y that were around when the Java version was the only version, to the members of Generation Z buying it from Microsoft on their consoles.  First started as an indie game project by the Swedish Mojang Studios and then brought out for two-point-five-billion dollars by tech giant Microsoft, the game has changed considerably since its early days and is now available on almost every platform imaginable, with a bunch of free or purchasable content to turn it into whatever kind of game one might desire, such as a dungeon-crawling RPG or a tycoon simulator.

In light of this, New College’s realm is a return to player-driven simplicity, where all the dazzling structures are player-made and one is free to build or explore as they like from the moment they enter. It’s only been a few days, but New College students have already made their mark in the virtual world. To be added to the realm, and the discord server for it, just ask Izabel Nieves, at isabel.nieves18@ncf.edu.